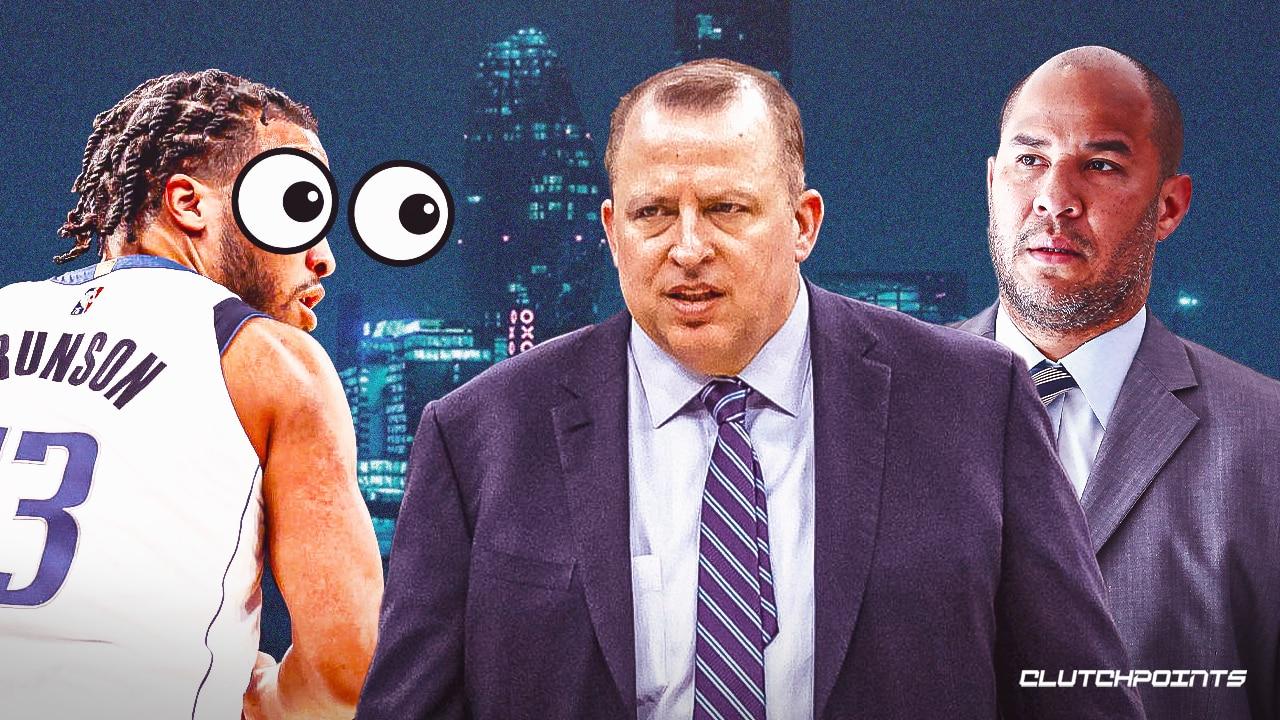 The New York Knicks have clearly been interested in Dallas Mavericks star Jalen Brunson, who becomes an unrestricted free agent this summer. Their latest move could persuade the guard to potentially come to the Big Apple next season.

The Knicks have hired his father, Rick Brunson, as one of their new assistants. He previously coached under Tom Thibodeau in Chicago and Minnesota.

The Knicks are finalizing a contract with Rick Brunson to become an assistant coach on Tom Thibodeau’s staff, SNY has learned: https://t.co/jHkE5u7MnH

Brunson played nine years in the NBA and also served as an assistant coach in Charlotte and Denver. The Knicks were looking to find a replacement on their bench for Kenny Payne, who left for the head coaching vacancy at the University of Louisville.

It would certainly be awesome if Brunson was coached by his dad on the Knicks, but Mavs owner Mark Cuban has already made it clear they plan to pay the former Villanova standout handsomely this summer after his breakout campaign. Brunson thrived in a big way during the playoffs as well.

As Begley noted, Rick Brunson’s connection with Thibs goes back many years. They first met when Thibodeau was coaching at Salem State, while Brunson was an All-American at Salem High School. He even got invited to training camp with the Knicks in 1997 when Thibs was Jeff Van Gundy’s assistant, but Brunson was later released.

Needless to say, these two have a very good relationship. We’ll see if Jalen Brunson wants to come to play in New York now.