It may be the offseason but Trae Young is still making waves on the basketball court. The Atlanta Hawks stud recently took part in a Pro-Am game in his hometown of Oklahoma City. Young’s performance featured a trademark game-winner from the All-Star point guard and it garnered quite a lot of praise on the mean streets of social media — including an epic reaction from Los Angeles Lakers superstar LeBron James.

Young himself posted a clip of his game-winner on his own Instagram account. Apparently, there was a lot of trash-talking involved throughout the contest. Trae Young decided to end the smack talk the best way he knew how — by draining a game-winning triple all over his opponent’s face:

Why does this remind me of Trae’s jaw-dropping game-winner in Madison Square Garden? The only thing missing here is Young shusing the fans in attendance. Then again, he was playing in his home city here and you could clearly see in the video how the entire crowd erupted as the ball went into the net. As for his trash-talking opponent, this turned out to be a hard lesson to learn for him. You simply do not talk trash to Trae Young.

This was exactly what LeBron James had in mind as he saw Young’s game-winner. His comment serves as a clear testament to this fact (h/t Sam Leweck of Lakers Daily): 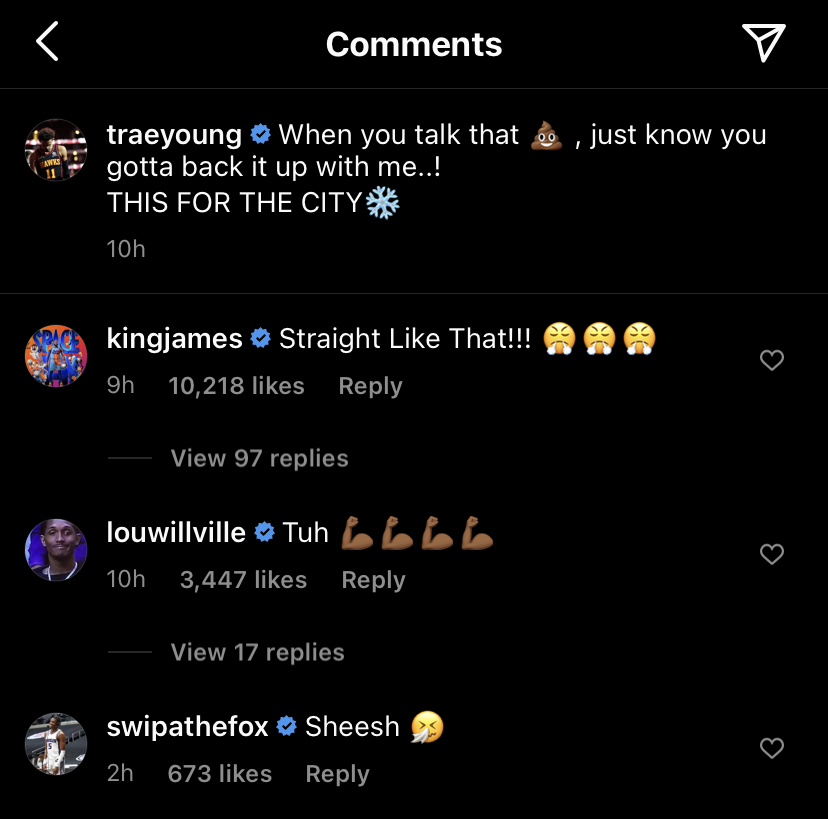 Other players such as Lou Williams and De’Aaron Fox also shared LeBron’s sentiments and they too just had to react to Trae’s nasty finish.

Trae Young as ice-cold as ever. Even LeBron James had to agree.

Should Manny Pacquiao fight for one last time before Philippine presidency?