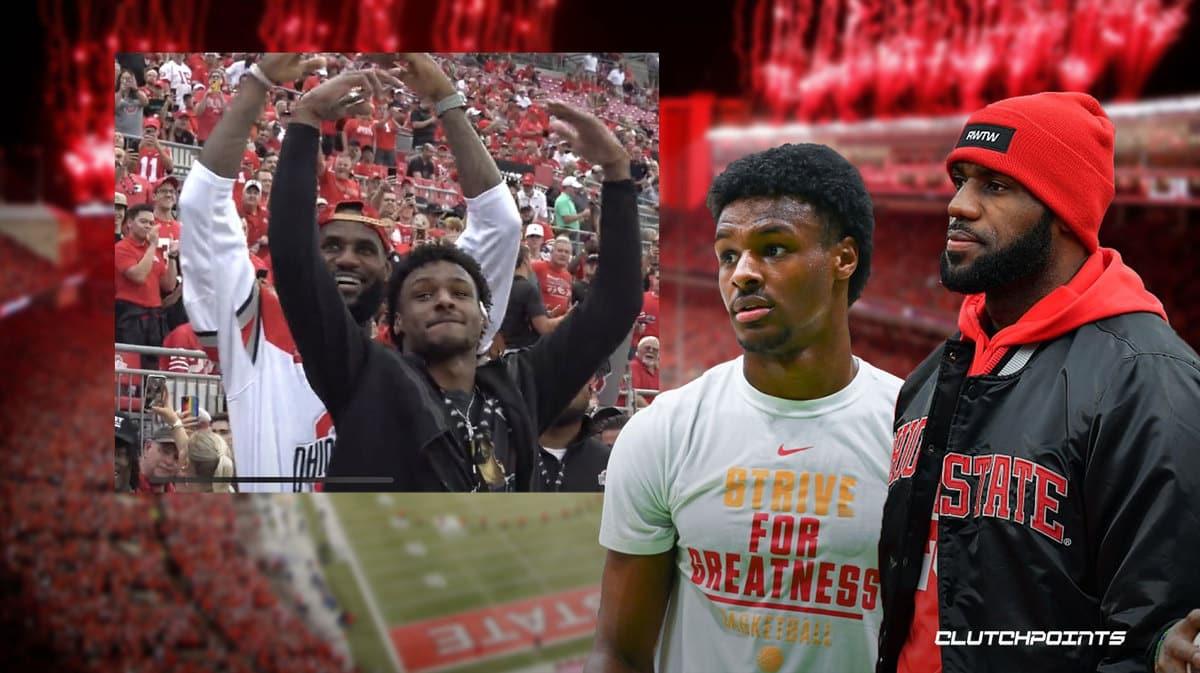 With Ohio State football taking on the Notre Dame Fighting Irish on Saturday for their first game of the season, Los Angeles Lakers star LeBron James made sure to show his support to the home team. Even better, James is passing his fanhood to his eldest son Bronny.

The father-and-son duo was spotted on Saturday ahead of the Buckeyes-Fighting Irish game at Ohio Stadium. LeBron was even wearing an Ohio State jersey to let everyone know who he’s cheering for in the contest.

LeBron James has always rooted for his home teams whenever they play, and it’s safe to say he has a soft spot for the sports community there. It is also not the first time he has cheered for Ohio State football, as he has consistently shown support to the team in every opportunity he gets. Remember how ecstatic he was when the Buckeyes beat the Utah Utes in the Rose Bowl earlier in 2022?

What is interesting, however, is that Bronny James was with his dad. Of course it can simply be a bonding moment between them, but it is worth noting that Ohio State’s basketball program has been rumored to be interested in the youngster. Maybe Bronny was there to check the school and the program as well. Who knows?

Whatever the case may be, though, here’s to hoping that we’ll see more of the two in future Buckeyes games.