Every energy-based champion is getting a boost in League of Legends Patch 12.15. Sivir and Master Yi are among the ones taken down a notch.

“As a system, energy is intended to give champions spikes of power that fall off with extended combat times. Given the current state of the game and more extended fights, champions that use energy as a resource have found it more difficult to find success before their energy depletes.”

More context is provided under each energy-based champion.

This patch also fixes the Qiyana bug where she deals an atrocious amount of damage if she had the First Strike rune equipped. Other champions buffed in this patch include Thresh, Lillia, and Rammus.

Changes to Ranked Solo/Duo are also being pushed out to players who have an Apex Tier (Master, Grandmaster, Challenger) MMR but not the rank. The “no duo queue” restriction previously limited to Apex Tier ranks will now affect high MMR players in League of Legends Patch 12.15.

We’re slightly increasing the amount of energy she gains from her shroud to help her squeeze in an additional ability or two per fight.

We’re putting some more power into his teamfighting identity by increasing his ability to win fights with a slight boost to his W and R damage.

We’re slightly decreasing the energy he needs so that he has a bit more leeway to recast his spells during combos.

Monster Tamer Lulu, Zap’Maw, and Monster Tamer Veigar (and their chromas) will be available on August 11, 2022. See the splash art and in-game preview, and read about these adorable Pokemon inspired skins over here.

The RP and TFT coin price change will take place on August 19 in most Riot regions. Our full report on this can be found here.

From now on, players with an MMR correlating to Master or above will no longer be able to duo queue in Ranked Solo/Duo, even if their rank is not Master or higher.

The restrictions for Apex Tier (Master, Grandmaster, and Challenger) players on having a premade duo will also be tightened. Instead of basing off of current rank, it will not apply to MMR. Riot Games said that the goal is to prevent climbing smurfs, and that this change may impact even Diamond I players.

Before this change, players whose ranks were not at the Apex Tier can get into Apex Tier games, giving them an advantage over those forced to play solo. This change was initially shipped in patch 12.10 for the NA and KR regions as a trial, and patch 12.15 ships it out to the rest of the remaining servers.

League of Legends Patch 12.15 has already been shipped to Riot servers. Garena servers will update within a day.

More League of Legends news can be found on our newsroom over here. 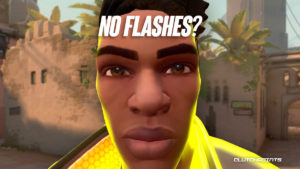