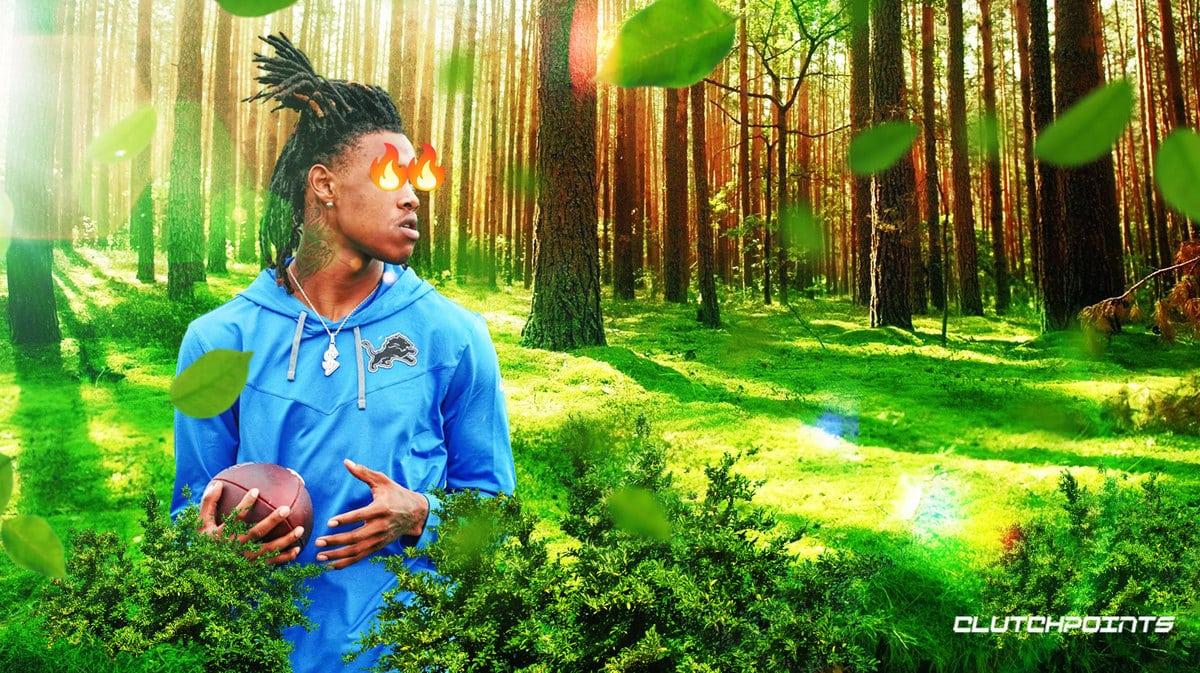 The Detroit Lions got some uplifting injury news ahead of their annual Thanksgiving showdown. First-round rookie Jameson Williams is set to return to practice on Monday after the Lions started his clock ahead of his return from Injured Reserve. The Lions announced the move on Monday, marking a significant checkpoint in the rookie wide receiver’s return to action and looming NFL debut.

Williams has been recovering from a torn ACL he sustained during his final college game with Alabama in the National Championship game. Despite the injury, the Lions rolled the dice and traded up to the 12th overall pick in the 2022 NFL Draft, where they selected Williams.

The organization has high expectations for the speedy wide receiver, and he’ll hopefully be able to make his first impressions on the fanbase before long. While it’s unclear precisely when the Lions are expecting Williams to suit up, opening his clock for a potential return from IR indicates he could be ready to make his debut as early as Thursday.

Getting Williams back for the Thanksgiving showdown vs. the Buffalo Bills would be a treat for Lions fans during the holiday season.

4 Lions most to blame after heartbreaking Week 12 loss vs. Bills

During his final season in Tuscaloosa, the former Alabama Crimson Tide standout had 79 receptions, 1,572 yards, and 15 touchdown receptions. The Lions are hoping he can provide another reliable weapon for Jared Goff in addition to Amon-Ra St. Brown, especially after trading TJ Hockenson to the Minnesota Vikings.

The ACL injury cost Jameson Williams most of the regular season but there’s optimism that he’ll be back before long. The Lions will have 21 days to activate him from IR after opening the clock. If he is not activated during that timeframe, he will be ineligible to return during the season.