Michael Vick set to work as studio analyst for FOX

It has been just over week six months since Michael Vick announced his retirement from the NFL after 13 seasons.

The former four-time Pro Bowler has now found his next line of work in his post-playing career, as A.J. Perez of USA TODAY Sports is reporting that Vick is lined up to work as an in-studio analyst for FOX this upcoming season.

Fox Sports will formally announce on Sunday that Vick, a four-time Pro Bowl quarterback, will serve as a studio analyst for FOX NFL Kickoff, the show that leads into Fox NFL Sunday. Vick will also make regular appearances on FS1 studio shows as part of his new job.

“I’m very excited,” Vick told USA TODAY Sports in a phone interview on Friday. “Over the last seven or eight months, I’ve done a lot of interviews, and I think I’ve gotten better as I’ve been put in those situations more often. Things really came together (with Fox) over the last couple months. They have shows that I have always watched and admired. My friends and family are thankful and proud of me.”

This will be Vick’s first time holding this type of position, as he follows the footsteps of many former players before that have made commentating their second career after their playing days. The 37-year-old has shown the ability to hold his own in that capacity during recent appearances on FS1’s Speak for Yourself studio show, where he found himself in hot water for his comments about Colin Kaepernick’s hair. 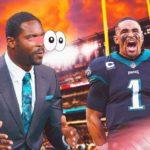 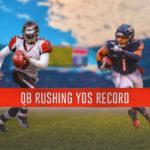 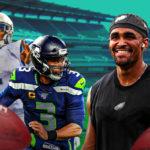 It will be interesting to see if he can make the transition over to being an analyst with the type of knowledge he has from playing more than a decade in the NFL. He can apply his unique perspective as a former NFL quarterback to certain situations that will arise over the course of the season.

Vick has the chance to latch onto a stable career that he could hold for many years down the line, depending on how he performs.