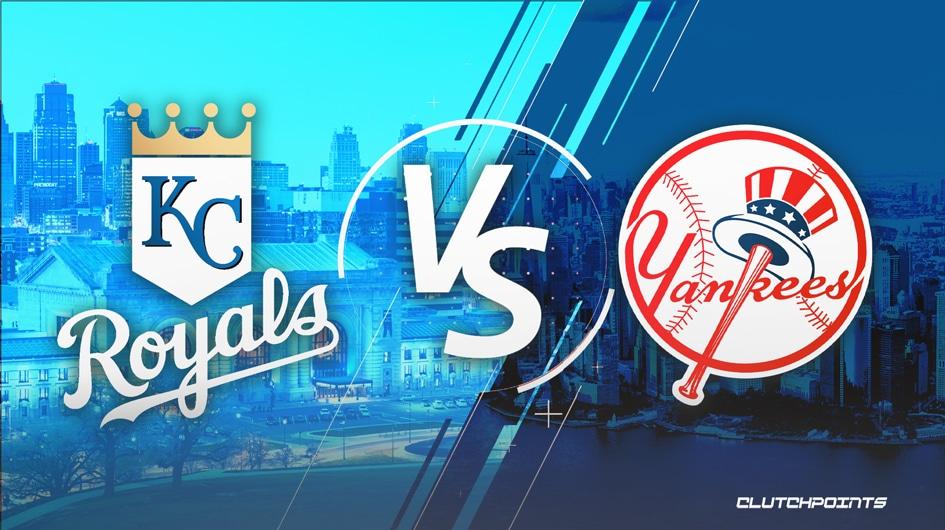 The Kansas City Royals and New York Yankees will continue their four-game series with a Friday night matchup at Yankee Stadium. With that said, it’s a good time to check out our MLB odds series, which includes our Royals-Yankees prediction and pick we have laid out below.

Kansas City, fresh off trading one of their stars to the team they are playing, will try to erase the memory of last night’s walk-off loss. At 39-60, Kansas City is quickly heading toward another early draft pick in 2023. Fans will wait with bated breath to see who else gets sold off this sinking ship.

New York, looking to pull themselves out of a month-long funk, was victorious via an Aaron Judge walk-off home run last night. The Yankees are 67-33, comfortably in first place in the AL East. After adding Andrew Benintendi, the Yankees likely are not done trading.

Here are the Royals-Yankees MLB odds, courtesy of FanDuel.

Give credit where credit is due. The Royals, with nothing left to play for this season, held New York scoreless for nearly nine innings, losing a hard-fought pitcher’s duel 1-0. Brady Singer was phenomenal, twirling seven shutout innings with 10 strikeouts. Singer is one of the bright spots at this time, and unfortunately, only pitches once or twice a week. Tonight, lefty Kris Bubic, who was supposed to be part of the pitching prospect hype, will be tasked with facing the Yankees. Bubic has yet to fully live up to his prospect billing, with a 5.53 ERA this season, although he has been much better of late. Bubic has a 3.57 ERA across his last seven starts, going seven innings allowing two runs last time out against Tampa Bay. Kansas City’s bullpen has struggled as well, with their 4.53 ERA ranking fourth-worst in the league. Still, Scott Barlow and Dylan Coleman have registered sub 3.00 ERAs in over 40 innings of work each.

Kansas City’s offense is hampered by Bobby Witt, Jr.’s injury. Among AL rookies, Witt, Jr. ranks in the top three in most offensive categories. Witt, Jr. has yet to go on the injured list as of publication and is still considered day-to-day. After trading Benintendi, Kansas City is short on capable bats. The team ranks 27th in home runs, although a .246 average clocks in at 13th in the league. Short on power, Kansas City will have to rely on contact and speed to score runs. Good news though, they have tons of contact and speed.

Even with the rough stretch in July, including a 5-5 mark in their last 10, New York is firmly entrenched as one of the best teams in baseball. Their 67-33 record is second-best in baseball, but this weekend could fatten up that mark. Gerrit Cole is tonight’s starter, and he has lived up to the billing as an ace. Cole has already faced Kansas City, shutting them out across six innings in April. This season, Cole owns a 3.09 ERA across 20 starts and has a 2.72 ERA in his last seven starts. Cole’s overpowering fastball has led to an 11.54 K/9 rate. Fresh off a shutout, the Yankees’ bullpen, despite the loss of Michael King, is still one of baseball’s best. Their 2.91 bullpen ERA is second in the league after three shutout innings last night.

Despite scoring just one run last night, the Yankees showcased their potent offense. Aaron Judge’s home run crash-landed 431 feet from home plate in the ninth inning to win the game. In a game where they managed just two hits, New York showcased their envious power, highlighting the fact that they cannot be counted out. Kris Bubic has allowed 32 home runs across the last two seasons. If you are in attendance tonight, make sure to have your gloves ready.

Hard to see this one going any other way.