Missouri standout Michael Porter Jr. canceled his second pro-day workouts on Thursday due to a strained hip, according to ESPN’s Jonathan Givony.

NBA lottery teams who were scheduled to watch him work out were told Wednesday afternoon that the workout had been canceled. Porter will undergo treatment, with the possibility of rescheduling this workout swinging in the balance to how his body reacts to treatment over the next few days, now only seven days away from the NBA Draft.

Porter’s stock has risen after scouts and executives have watched him during the combine and during workouts, now potentially being taken as high as No. 2 in the draft, with the likes of the Sacramento Kings (No. 2), Memphis Grizzlies (No. 4), and the Dallas Mavericks (No. 5) keeping a close eye on him.

The injuries pose a problem for Porter, who was formerly a lock to be a top-two pick before he sustained a back injury derailed his freshman season in November.

Scouts, coaches, and general managers are taking a close look at this, as Porter boasts the talent to be a star in this league, but has some durability issues — enough to raise some red flags when his name is called, but not enough to merit a severe dip on his stock. 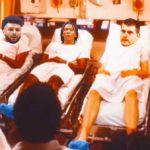 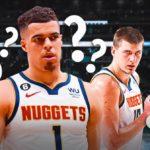 Porter’s camp feels comfortable with his stock, but other draftees like Jaren Jackson Jr., Wendell Carter Jr., and Mo Bamba have impressed with their workout and interviews, making this a tougher choice rather than a no-brainer.

Questions about his ability to be a good teammate at Missouri and pre-draft interviews conducted by NBA teams attending the combine contributed to this concern, which could now play an added part to why he could potentially slide down the board after this latest injury.