Amar’e Stoudemire says joining a contender is the ‘ideal situation,’ but has no problem being a mentor for a young team

Former All-Star Amar’e Stoudemire is hoping to make a comeback in the NBA, and if possible, he wants to join a contender.

Stoudemire made that admission during his appearance on ESPN’s show ‘Get Up’ where he discussed what kind of situation he’s looking for. While playing for a championship contender is the ideal scenario for him, he also mentioned that he is willing to join a team looking for a leader or veteran to guide their young guys.

“Obviously, being with a contending team is the ideal situation. You want to win a championship, that’s everyone’s goal as a player,” Stoudemire said. “But also being able to help the young players, whichever team it may be. It can be teams that are trying to make a playoff push or teams with great draft picks [and] they want to get these guys to understand what it takes to be a professional. There are different elements to teams that I could possibly play for.”

The six-time All-Star hasn’t been in the league since 2016, but he has been working hard to get back into shape in hopes of getting another shot. Stoudemire reportedly had private workouts with several teams in Las Vegas, but it is unclear if any of them are willing to sign him for next season.

According to reports, the Los Angeles Lakers and the Golden State Warriors are two of the teams that have attended Stoudemire’s workouts. Both of those teams are poised to make a deep run in the playoffs next season, but they haven’t given any indication on whether or not they will invite Amar’e for additional workouts or sign him to a possible deal. 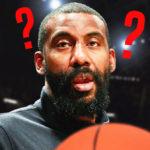 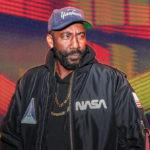 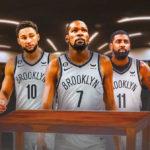 One concern about Amar’e however, is his health. Throughout his career, he’s dealt with a lot of injuries, particularly in his knees. It was obviously the main reason why his game declined at such a fast pace. Still, at 36 years old, he can definitely make one more decent run in the NBA.

Amar’e Stoudemire last played in the NBA for the Miami Heat where he averaged 5.8 points and 4.3 rebounds.