Zaire Wade, son of NBA icon Dwyane Wade, revealed that his father has been working out in the gym every day. While this could mean that the elder Wade just wants to remain healthy, Zaire believes it’s for a possible return to basketball.

Through his Instagram stories, Zaire reacted to a tweet by his father about basketball leagues such as BIG3 and The Basketball Tournament. Dwyane Wade’s tweet suggests that he misses basketball action. Zaire took this as a clue that his father has some bigger plans up his sleeve — such as a return to basketball. 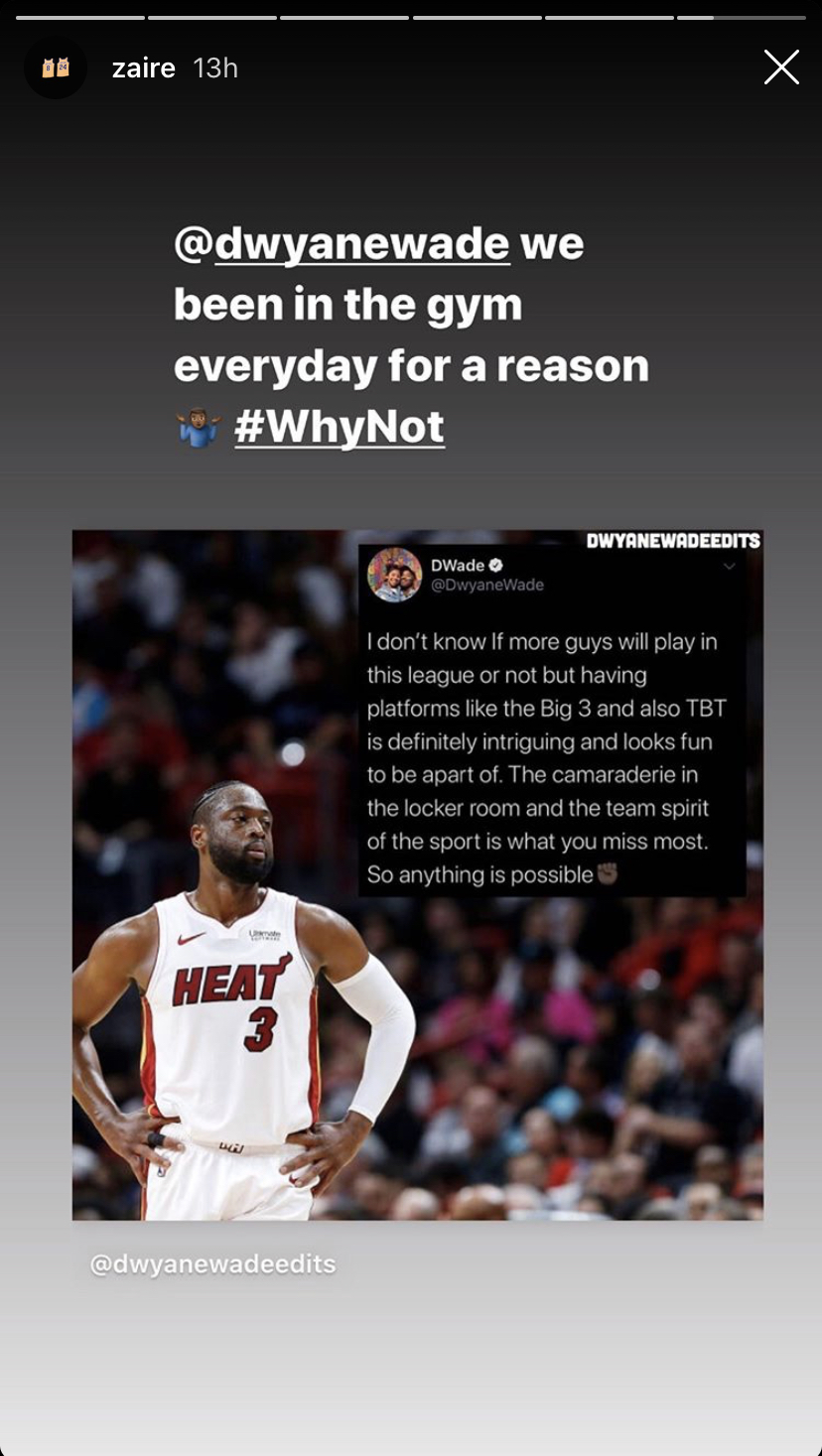 Below is the actual tweet which was met with similar sentiments carried by Zaire. They are anticipating the return of Dwyane Wade onto the basketball court.

I don’t know If more guys will play in this league or not but having platforms like the Big 3 and also TBT is definitely intriguing and looks fun to be apart of. The camaraderie in the locker room and the team spirit of the sport is what you miss most. So anything is possible✊🏿

Dwyane Wade retired from professional ball in 2019, leaving his mark as one of the best players in the history. Some say he’s the third-best shooting guard next to Kobe Bryant and Michael Jordan.

But it was in 2006 when he entered the mainstream consciousness. In just his third year in the NBA, Dwyane Wade powered the Heat against the Dallas Mavericks to give the franchise its first title in history. Several years later, Wade teamed up with James and Bosh to claim his second and third title rings.

WATCH: The Rock details hilarious plan to give Peyton Manning a Rock Bottom and ‘neck adjustment’

Cardinals QB Kyler Murray gets roasted on Twitter after awful interceptions vs. Rams

Warriors co-owner speaks out after backlash from insensitive Uyghur comments