Recently, the Brooklyn Nets made a shocking decision by firing their head coach Kenny Atkinson and replacing him with assistant Jacque Vaughn.

Nevertheless, before the 2020-2021 season begins, Nets general manager Sean Marks will have to make a decision on who to hire as their new head coach.

In a recent interview with Greg Logan of Newsday, former Net Jared Dudley expressed that he “would not be surprised” if the Nets hired Tyronn Lue.

“I would not be surprised,” Dudley told Newsday of a possible Lue hiring. “T. Lue is a phenomenal coach who doesn’t get enough credit for his Xs and Os.”

In the same interview, Dudley expressed that Lue has tremendous respect for Irving and they could pick off right where they left off in 2017 with the Cleveland Cavaliers. 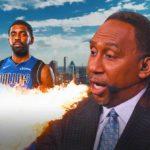 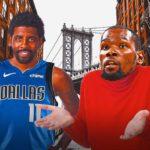 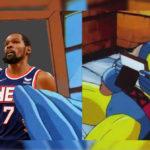 “T. Lue respected Kyrie,” Dudley said. “He loved Kyrie. He wanted the best for him. Every time he talked to him, it might be to calm down a situation and show him what he wanted. I could easily see it. T. Lue can walk into a room and every player is going to ‘dap’ him up because they respect him. Every ex-player who becomes a coach doesn’t always get the respect, but he put the work in.”

During Lue’s coaching tenure with the Cavaliers, he went 128-83 and helped coached them to their first championship in 2016. However, after starting the 2018-2019 season with six straight losses, the team ultimately decided to fire him. Nevertheless, Lue is currently the Los Angeles Clippers assistant coach and has done a phenomenal job coaching them.
Tags: Brooklyn Nets, Jared Dudley
Just In