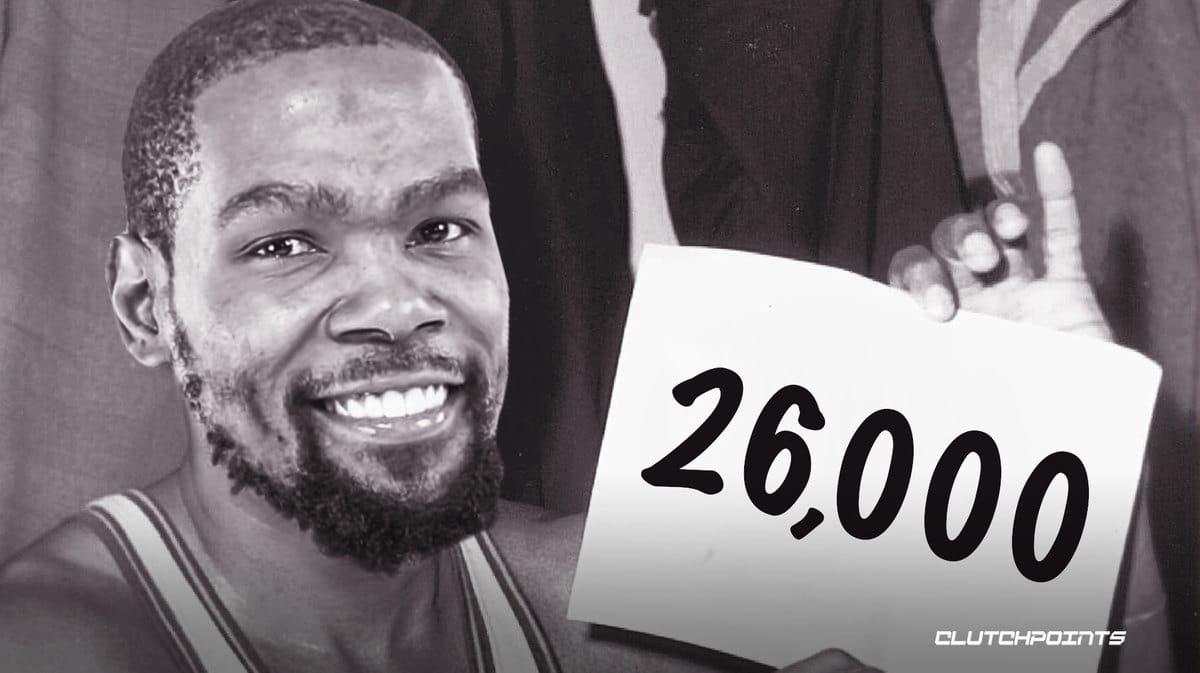 The Brooklyn Nets scored a much-needed win on Thursday night in what turned out to be a nail-biter against the Portland Trail Blazers. Kevin Durant was up to his usual antics in this one yet again, erupting for a game-high 35 points against Damian Lillard and Co.

In the process, Durant made history again as he scored his 26,000th career point in the third quarter of Thursday’s matchup. Here’s the exact moment KD made his mark on the record books:

It goes without saying that scoring 26,000 points in your career is no easy feat. The fact that Kevin Durant is just the 19th player in history to ever do it is a clear testament to this fact.

Durant was also the hero for the Nets in this one, as he carried his team to another hard-fought victory. He actually had a chance to win the game at the death with a last-second jumper. He missed what would have been a game-winning shot, but in came Royce O’Neale to save the day. The Nets veteran tipped the ball in off of KD’s miss, thereby giving the Nets a two-point lead with less than a second remaining:

Royce O'Neale with the TIP IN to give the Nets the lead with .7 seconds left 😱pic.twitter.com/f2lVnfQiB8

The Nets have now snapped a two-game losing streak, and they will look to make it back-to-back wins when they return to action on Sunday against Ja Morant and the Memphis Grizzlies. Brooklyn will get a major boost for that marquee matchup with Kyrie Irving finally returning to action after serving what turned out to be an eight-game suspension.