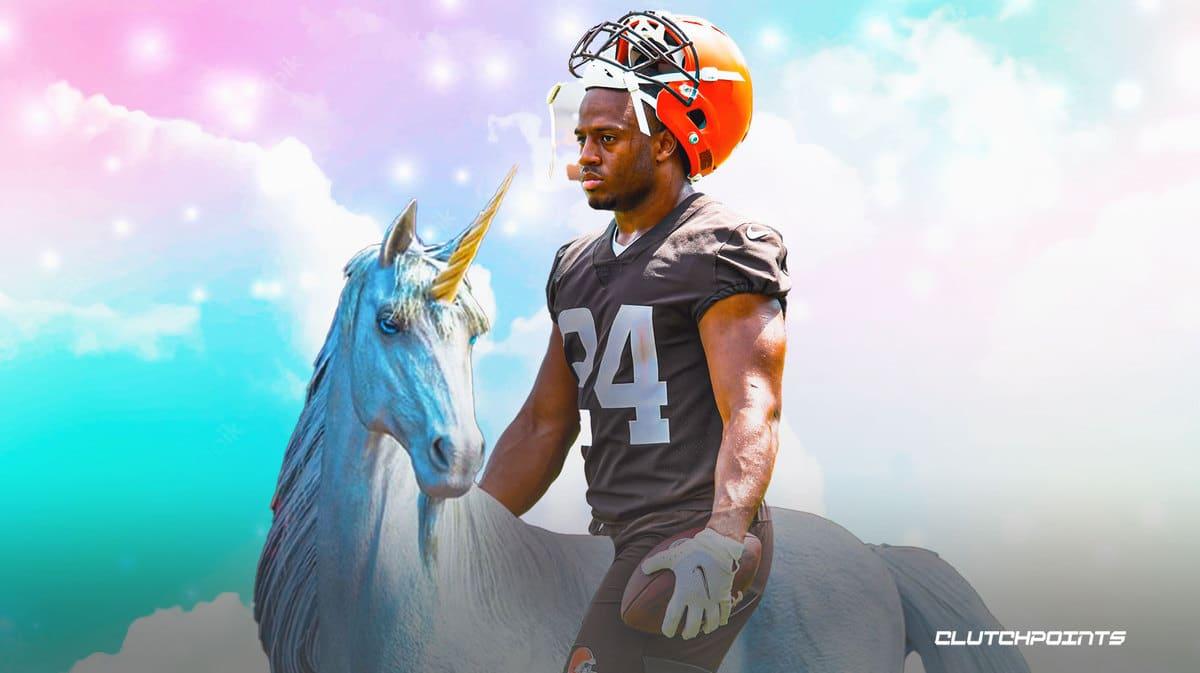 There is no denying that Nick Chubb is a football stud, and that’s regardless of whether you view it from a fantasy football perspective or from the standpoint of real life. So, what’s the fantasy football outlook in the 2022 NFL season for Nick Chubb of the Cleveland Browns? Time to check that out below.

The Cleveland Browns surely love having Chubb on the team. Fantasy football managers should, too. Most 2022 fantasy football mock drafts should see Chubb flying off the shelf early, not just among players in the running back position, but overall as well. A peek at the average draft position rankings over at Fantasy Data reveals that Nick Chubb is being taken before the 10th pick — or RB7 overall.

While guys like Jonathan Taylor of the Indianapolis Colts, Derrick Henry of the Tennessee Titans, Christian McCaffrey of the Carolina Panthers, Austin Ekeler of the Los Angeles Chargers, Najee Harris of the Pittsburgh Steelers, and Dalvin Cook of the Minnesota Vikings are all being taken before Chubb in mock drafts, based on ADP, he still remains an elite option who definitely fits right in the RB1 slot. Running back is a premium position in fantasy football, and any manager who misses out on a top-five tailback should still likely see Chubb available on the board. It would not be even a bad idea to take Chubb over the likes of Harris or Cook, considering the consistency with which he delivers excellent numbers in his career.

Back in the 2021 NFL season, Nick Chubb posted 1,259 rushing yards and eight rushing touchdowns on 228 carries across 14 games, while also maintaining an average of 5.5 yards per rushing attempt. Among all genuine RB1s in the NFL in 2021, Chubb was tied for first with 5.5 yards per carry. Only the Colts’ Taylor had as many yards per rush as Chubb. And it’s not a fluky season either for Chubb. In fact, so far in his pro career, he has never dipped below 5.0 yards per carry in any season. If you combine his 2020 and 2021 numbers, you would see Chubb average 5.6 yards per carry with over 2,300 rushing yards in 23 games. That’s an average of 89.5 yards per game over that span for the former Georgia Football star.

Chubb is destined to make opposing defenses pick up teeth from the ground because he can be pretty unstoppable when he’s on a groove, and he’s proven that over and over again despite the Browns not having quite the stability other teams have in the quarterback position. Baker Mayfield showed promise in some stretches during his time with the Browns, but he was never The One, hence the Browns moving on from him upon landing Deshaun Watson via a blockbuster deal with the Houston Texans. Watson unquestionably raises the ceiling of the Browns’ offense, and that should translate to a significant increase in the number of times Cleveland’s offense would dance its way to the red zone.

Last season, the Browns finished 12th in the league in red-zone touchdown scoring rate (62%) and eighth in rushing touchdowns per game (1.2). Watson’s arrival in Cleveland should make the Browns less dependent on their ground attack, but should also cause opposing defenses to get stretched enough for Chubb and the rest of the Browns’ running backs to see more opportunities to rack up those made-for-highlights, big-gain plays. That sounds even scarier when you consider the fact that in 2021, Chubb paced everyone in the league with 39 rushing attempts outside the tackles that resulted in gains of over 10 yards, per Nick Shook of NFL.com. 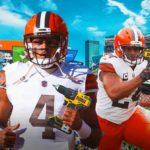 Loading the box with defenders against Chubb doesn’t work out too well because of his elusiveness and physicality as a runner. He gained a league-leading +109 RYOE versus stacked boxes (eight or more defenders) last season, and that was while sharing a backfield with an injured Baker Mayfield, who didn’t strike much fear in the hearts of opposing defenses. The same style of running helped Chubb post the highest 10-plus-yard rush rate in the NFL among non-quarterbacks at 18 percent, and the second-highest yards gained after contact per rush at 4.5. Chubb continues to be deceptively fast, too, finishing second in rushes of 20-plus mph among running backs with five.

Nick Chubb’s role in the passing attack can be expected to expand, too, with Watson in town. After all, he just had a mediocre 6.5 percent target share in the Browns’ passing attack in 2021.

The Browns still have Kareem Hunt and D’Ernest Johnson, who consist arguably the most talented and deepest running back room in the NFL right now, but unless Chubb gets hurt, there shouldn’t be any concern about his role and the volume of touches he will enjoy in The Land.