Prior to NBA free agency officially beginning, the Denver Nuggets and Washington Wizards have agreed to a swap of two players from each team. According to Shams Charania of The Athletic, Monte Morris and Will Barton are heading to Washington, while Denver receives Kentavious Caldwell-Pope and Ish Smith.

Denver is nearing trading Monte Morris and Will Barton to Washington in deal for Kentavious Caldwell-Pope and Ish Smith, sources tell @TheAthletic@Stadium.

Morris and Barton have been two of Nikola Jokic’s key supporting pieces over the past few seasons and will head to Washington to presumably do the same for Bradley Beal after he signs a new deal with Washington. Denver opens up some financial flexibility by trading away two of its starters from last season and adding a player that the front office was heavily interested in.

The Wizards will improve their depth with this deal, and they badly needed a veteran to help at point guard. Morris averaged 12.6 points and 4.4 assists last season and is one of the most turnover-averse players in the league. He would be a strong option to start next to Beal. Barton averaged 14.7 points, 4.8 rebounds and 3.9 assists per game and could be a useful scorer for a Washington team looking to make it back to the playoffs. 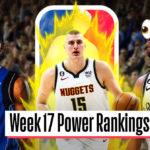 Caldwell-Pope, after being traded to Washington as a part of the deal that sent Russell Westbrook to the Los Angeles Lakers, is off to his third team in three seasons. His shooting and defense will be very helpful alongside Jokic for the Nuggets. He averaged 13.2 points per game while shooting 39.0 percent from deep last season.

Smith, meanwhile, has the chance to become the first player in NBA history to play for 13 different teams. He won’t be expected to have a major role with the Nuggets, but he could be a nice depth option.