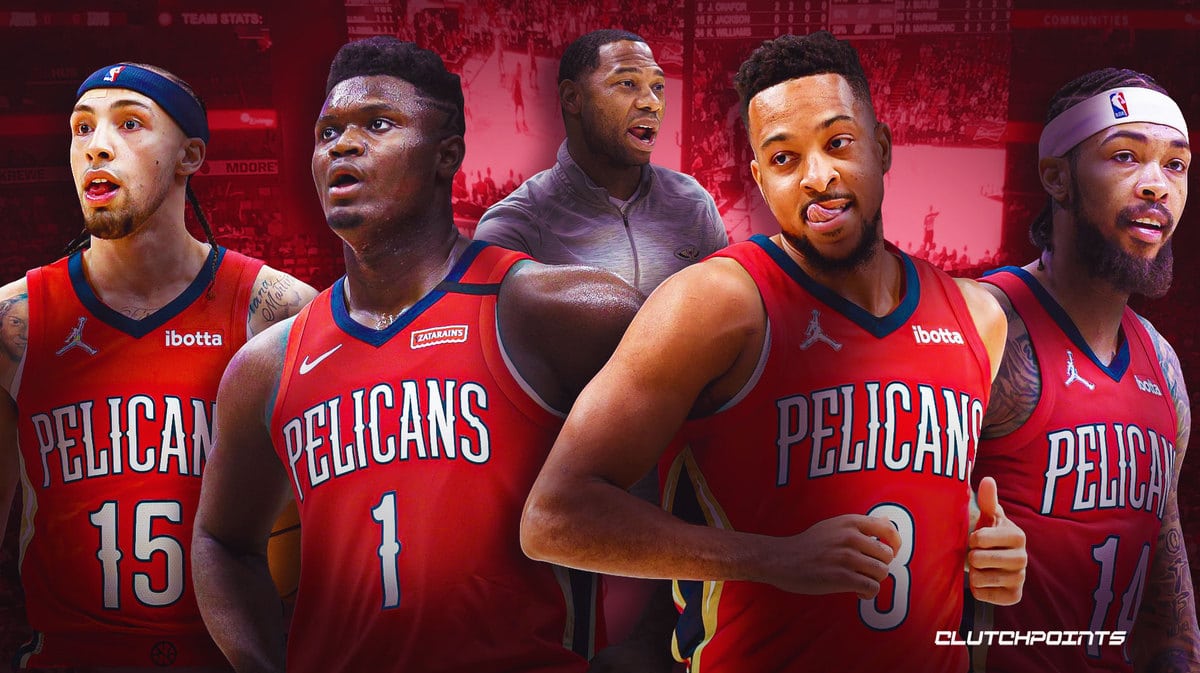 The New Orleans Pelicans are one of the most intriguing teams in the NBA for the 2022-23 season. They are one of the younger squads in the league with an average age of 26.1, and a 36-46 record doesn’t jump out as impressive. However, the Pelicans showed their potential by advancing through the Play-In Tournament and giving the top-seeded Suns all they could handle.

With key players such as Brandon Ingram, CJ McCollum, Jose Alvarado, and Herb Jones, among others, continuing to grow, New Orleans should be even better next season. The big key for the Pelicans is former first overall pick Zion Williamson coming back after missing last season and a massive extension.

Willie Green’s team has great potential heading into the next campaign. With that said, here are a few bold predictions for New Orleans in the 2022-23 season.

3. Zion Williamson will come back better

With how much time he missed, it’s easy to forget how good Williamson is when healthy. He has only played 85 NBA games so far, but he averaged an outstanding 25.7 points in those games. He was also efficient, converting on over 60% of his field goal attempts.

Williamson hasn’t played since last April due to a combination of factors. Many are expecting the former Duke star to regress when he gets back on the court. However, Williamson will be just as effective, if not more so, when he returns.

The Pelicans as a whole are much better than when Williamson last played. Ingram has greatly improved, and CJ McCollum is far better than any other guard Williamson has played with. The improved talent around Williamson will take some of the pressure off of him, and he will be a better player for it.

2. The Pelicans will have at least two All-Stars

No New Orleans players earned all-star selections last season, not even as injury replacements. With the team improving and generating more attention, that will definitely change this season.

The two most likely candidates for the Pelicans are easily Ingram and Williamson. Ingram averaged 24.3 points per game in the regular season and improved in the playoffs with an average of 27 points. Williamson is a dominant force when on the floor, and should be a shoo-in for the All-Star Game if healthy.

McCollum also has a shot at being an all-star this season. He improved his scoring average by almost four points after arriving in New Orleans, and he has a case if he can keep it up for a whole season. There’s just too much talent on this roster to go without an All-Star for two years straight.

1. The Pelicans make the playoffs outright

Yes, New Orleans technically made the playoffs as the eighth seed last season. However, they actually finished ninth in the West and needed the Play-In Tournament to make it there. If it were a few years ago, the Pelicans would have been watching the postseason from home.

This season, they won’t need the Play-In to compete in the playoffs, as they will earn a top-six seed. The Western Conference is stacked with the Warriors, Grizzlies, Clippers, and Suns all as top-tier squads. New Orleans will likely be fighting with teams such as Minnesota and Denver for the fifth and sixth seeds.

However, the Pelicans have the talent necessary to avoid the Play-In entirely. It won’t be easy, but this is a young team that should improve each season with this core. The 2022-23 campaign will be just a taste of New Orleans’ true potential.