Charles Barkley doesn’t like the fact that New Orleans Pelicans star Zion Williamson is afraid to talk about his favorite Thanksgiving dish, and he wants it to stop.

Williamson went viral ahead of Thanksgiving after a reporter asked him for his favorite dish that he is looking forward to eat. The Pelicans forward refused to answer it, jokingly accusing the reporter of setting him up to be clowned online. Zion has been the butt of jokes for his weight and physique during the offseason while he was recovering from foot injury, a time which he admitted was hard for him.

Considering what he had to go through to move on from that dark time, it’s understandable why Williamson was cautious with his answer.

However, Barkley pointed out that Williamson cannot let other people to have that kind of power over him. He advised the Pelicans superstar to be mentally strong and not let the talks get into his head, as at the end of the day, they are all just words that don’t define who he is.

The NBA icon did note, though, that Williamson needs to get in shape, but not because he needs to do it to avoid ridicule. Instead, Barkley is concerned about his condition, emphasizing that “he can’t keep getting hurt” because at some point, “his body is not gonna recover.”

Should Zion shut out the noise of people who joke about his weight? Or should everyone just not joke about a person’s weight?

Charles Barkley & I agree/disagree on the commentary surrounding him and how social media has made him feel as though he can’t answer certain questions pic.twitter.com/hh5u7B90og 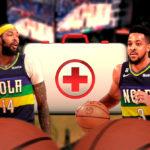 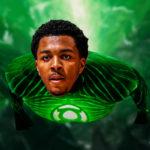 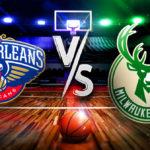 Charles Barkley certainly makes a good point. True enough, there’s a need for Zion Williamson to get in the best possible shape, but he can’t let the criticisms and jokes affect him mentally and the way he lives his life.

The Pelicans leader definitely needs to give Barkley’s interview a listen. Sir Chuck heard the same comments during his playing career, so Zion could learn a thing or two from him.