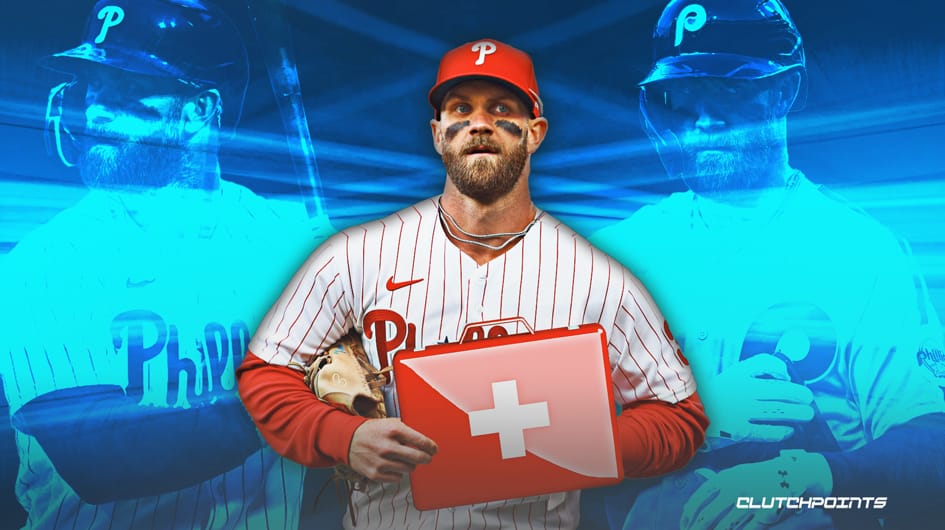 Bryce Harper will be out of the lineup for the foreseeable future. Beyond the man himself, few in the stadium was more affected by the incident than Philadelphia Phillies general manager Dave Dombrowski.

Losing your biggest bat in the order is a massive hole that needs to be filled with the Phillies scrambling to keep pace in a crowded National League playoff race. Dombrowski spoke to reporters after the incident and emphasized that Harper’s safety was the first thing on his mind:

“We will put him on the injured list (Sunday),” Dombrowski said. “I was concerned at first he got hit in the face. I was concerned right off the bat because he is a tough guy and he walked off the field immediately.”

The Phillies exec emphasized that it is still “unclear” if Bryce Harper would need surgery and that the hope is he would return at “some point”. He did, however, remind everyone that the Atlanta Braves were able to not only survive, but win the World Series last season without their All-Star outfielder.

“I don’t know how long he is going to be out at this point,” Dombrowski said. “I am hopeful he will be back at some point. We still have a lot of good hitters in the lineup. … The Braves won the World Series last year without (Ronald) Acuna.”

Phillies will try to get Mickey Moniak here for tomorrow’s game. It is unclear whether Bryce Harper will require surgery. “I’m hopeful he’ll be back at some point,” Dave Dombrowski said.

The prospect of Bryce Harper missing the entire season likely won’t be viewed in the same manner unless the exact same result occurs – that the Phillies win the World Series without him. There’s a reason why that was such a surreal feat. Winning without your best player is a massive handicap to overcome – one that Phillies fans hope won’t have to be the case.