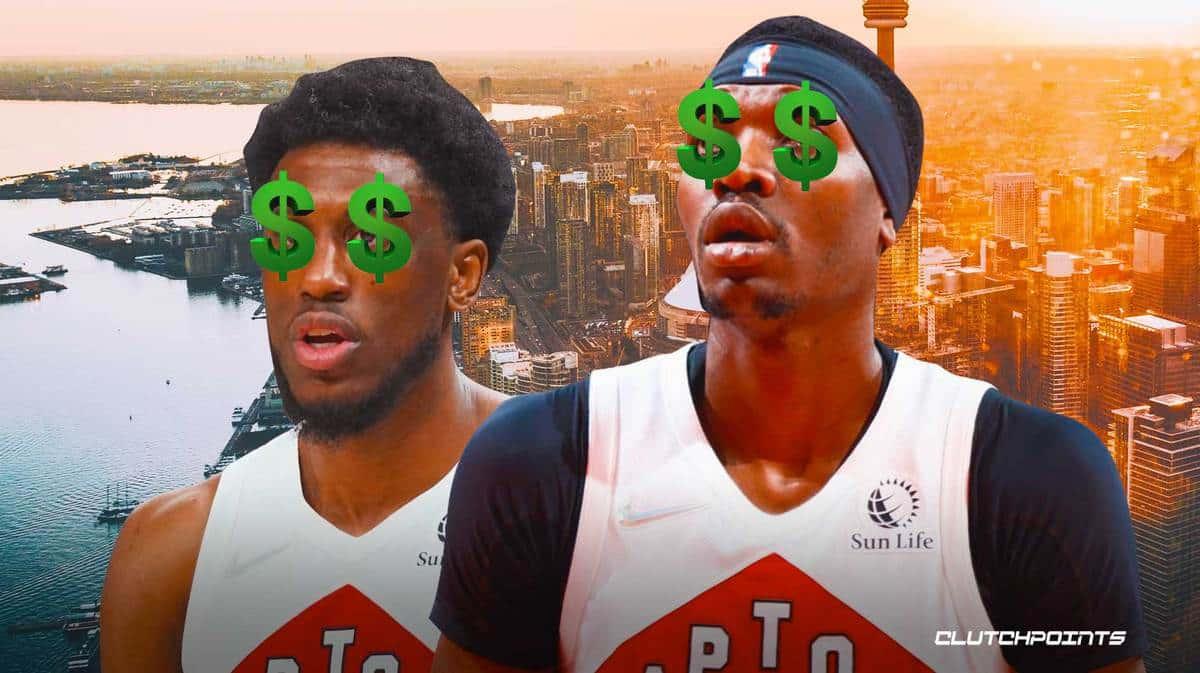 The Toronto Raptors acted quickly to bring back a pair of key free agents in the 2022 NBA offseason. According to multiple reports, the Raptors have agreed to deals with free agents Chris Boucher and Thaddeus Young to keep both players in Toronto. Adrian Wojnarowski reports that Boucher and the Raptors have agreed to terms on a new three-year deal that will pay the big man $35.25 million.

Chris Boucher is returning to the Toronto Raptors on a three-year, $35.25M deal, his agent Sam Permut of @RocNationSports tells ESPN.

Boucher will earn an average annual value of $11.75 million per season, and will keep him on the roster through the 2024-25 season.

Last year in Toronto, Boucher averaged 9.4 points, 6.2 rebounds, and 0.9 blocks per game. He featured in 80 contests for the Raptors, drawing nine starts on the year and averaging 21.1 minutes per game. The 29-year-old carved out a nice role for himself with the Raptors and will look to expand on it throughout the life of his new contract.

As for Young, Chris Haynes reports that the veteran forward has agreed to a two-year, $16 million deal to extend his stay in Toronto. The deal will also include performance-laden incentives, which can increase the contract’s overall value, though it was not specified what benchmarks Young would need to achieve to unlock the incentives, nor how much more he could potentially earn.

Free agent forward Thaddeus Young has reached an agreement with the Toronto Raptors on a two-year, $16 million deal with the addition of performance incentives, his agents Jim Tanner and Max Wiepking of @_tandemse tell @YahooSports.

Young has been in the NBA since 2007, having been a journeyman for much of his career. He has enjoyed stints with the Philadelphia 76ers, Indiana Pacers, Chicago Bulls, Brooklyn Nets, Minnesota Timberwolves, San Antonio Spurs, and the Raptors. Last year in Toronto, after being acquired from the Spurs at the trade deadline, Young averaged 6.3 points, 4.4 rebounds, and 1.2 steals per game.