Kobe Bryant was unquestionably the best shooting guard of his era, but one of his greatest competitors and rivals was Richard “Rip” Hamilton of the Detroit Pistons.

Many fans can recall their matchup in the 2004 NBA Finals as well as various battles in the regular season, but they probably don’t know that their relationship spans all the way back to over 20 years ago.

Hamilton didn’t enter the NBA until three years after Bryant after playing for the UConn Huskies, but the basketball prodigies met and forged a friendship in high school.

Everywhere Hamilton played, he was the best player on the court. Then, in 11th grade, he faced a young Mamba. From James Herbert of CBS Sports:

In my mind I’m saying, “He still can’t outplay me. He’s still not as good as me.” This was before the ball was thrown up.

We both jumped tip, we were both the biggest guys on the team. First shot, he came down, he crossed over and hit a 3-pointer and I’m like, “Aww, man, this is what [my coach] was talking about.” Because you notice if a guy can play on the first possession. And right then and there, I realized that I had my work cut out for me.

Eventually, they joined forces, at least on the club circuit. A friendship was born.

We played on the same AAU team, too. So our relationship was awesome. The times we spent in the summertime traveling to different AAU games and things like that, that was the time that we pretty much trash talked among each other. Because it was like, “All right, you know what, yeah you beat me our 11th-grade year in the regular season, all right. Wait till next year, Kob’. 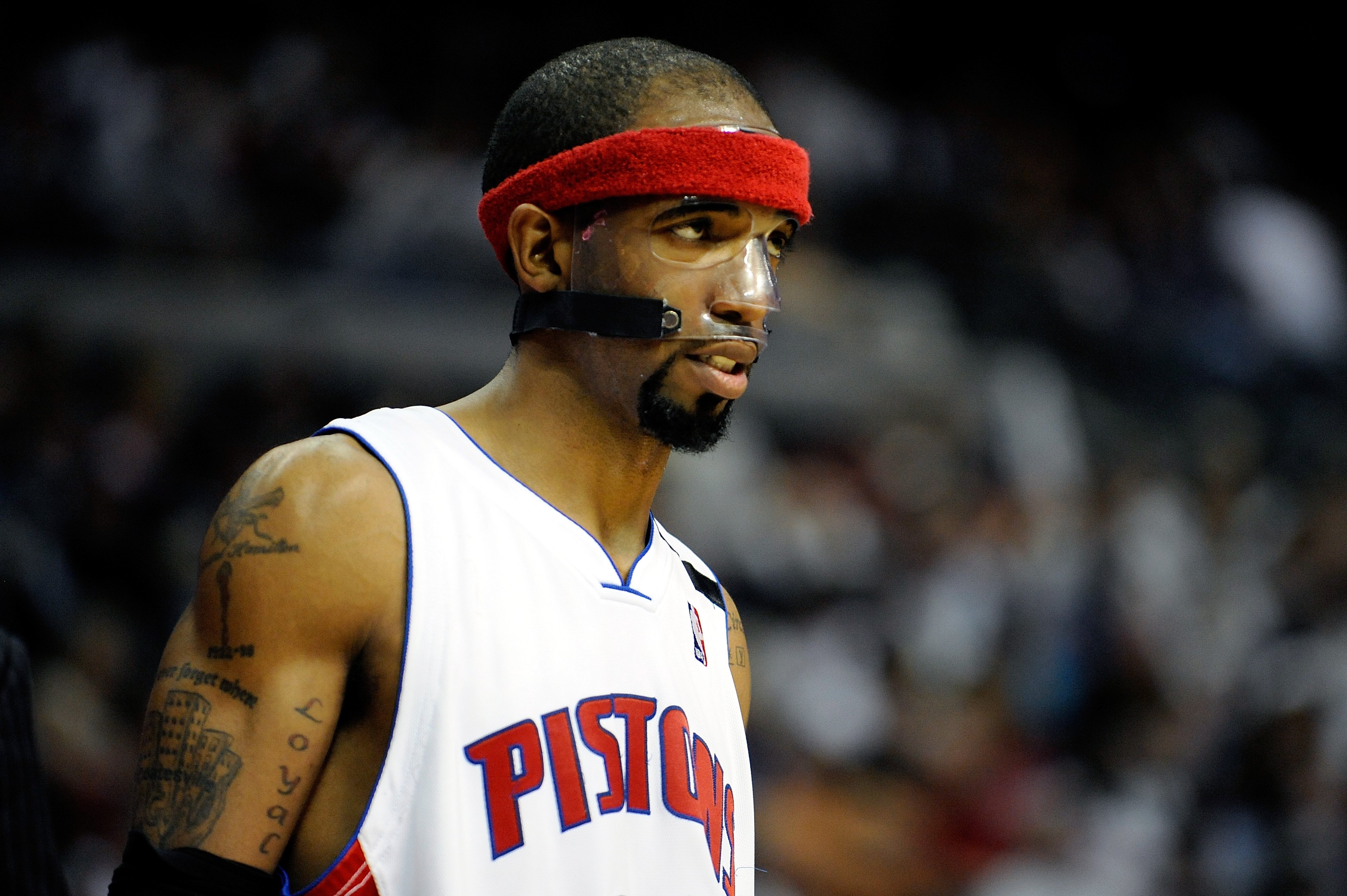 RELATED: Kobe Bryant Thinks Allen Iverson Is Second To Only Michael Jordan In One Interesting Aspect

Once the high school season rolled around again, the fun and games for Bryant and Hamilton were put on hold.

Listen, when they threw the ball up, there was not one time that crossed my mind that that’s my buddy, I’m going to take it easy, we’re going to laugh and joke. It was like, I’m trying to rip your head off, you’re going to try to rip my head off. And that was the game. We didn’t shake hands. We didn’t laugh and joke. No, uh-uh. And it was great for me, especially that early in my career, because me being around him and playing against him, it helped me for my career to always have that killer instinct.

By the time Rip Hamilton made his way to the NBA, Bryant was already an established superstar in the association. Rip went to Kobe for advice on playing in the NBA, and Bryant’s words were invaluable for the young UConn product.

He said, “Rip, when you come, hit first. I know it’s veterans here and I know they’re going to look at you as a rookie and things like that, but you gotta come and hit first. When that ball is thrown up, everybody’s a man. You’re either going to be the hunter or the one getting hunted.” And I took that to heart.

Toward the end of Hamilton’s interview with Herbert, he was asked if Kobe ever had to prove something on the court because he came from a fairly privileged background. Rip proceeded to give him the biggest of compliments.

When people come from a well-balanced background and parents are pretty successful, sometimes they lack toughness. Kob’ never did. Kob’ was, other than Michael Jordan and Allen Iverson, probably the toughest guy I’ve played against or seen.

For more, enjoy the entirety of this awesome Q&A here.

P.J. Tucker’s true feelings on being potentially traded from Rockets