Angelo Guinhawa • 2 days ago
Houston Rockets guard Jalen Green is turning into one of the most electrifying players right before our eyes. If you need proof, then look no further than his performance on Saturday against the Oklahoma City Thunder.

The Houston Rockets are an American professional basketball team that plays in the Southwest Division of the National Basketball Association's Western Conference. The Rockets were established in 1967. They play their home games in the Toyota Center in downtown Houston, Texas.

Since being founded in 1967, the Rockets have won two NBA titles back-to-back seasons during the mid-1990s. Led by the great Hakeem Olajuwon, Houston won two championships in a row in 1994 and 1995. This happened in between the two three-peats of Michael Jordan and his Chicago Bulls.

Aside from Olajuown, Moses Malone, Elvin Hayes, Calvin Murphy, and Clyde Drexler are all considered the greatest players to ever dawn the Rockets uniform. The same can be said for the likes of James Harden, Ralph Sampson, Yao Ming, Rudy Tomjanovich, Tracy McGrady, and Charles Barkley.

After eight straight years of making the playoffs, Houston's postseason streak comes to an end during the 2020-21 season. After a tumultuous offseason, the Rockets parted ways with their two best players in James Harden (traded to the Brooklyn Nets) and Russell Westbrook (traded to the Washington Wizards). This was a clear indication that Houston is turning a page in their franchise history as they look to rebuild for the coming years.

John Wall arrived in Houston as part of the Westbrook deal, but given that he's going to turn 31 in 2021, his future with the Rockets remains uncertain. Houston also signed 6-foot-10 big man Christian Wood, 25, to a big-money deal during the offseason and he appears to be the team's big man of the future.

Kevin Porter Jr. joined the Rockets in the middle of the 2020-21 season after being waived by the Cleveland Cavaliers. He's had a rocky start to his NBA career, but he could prove to be a key piece for Houston moving forward. 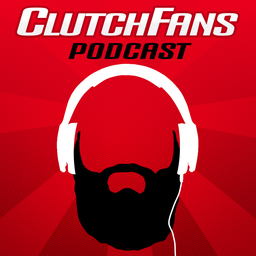 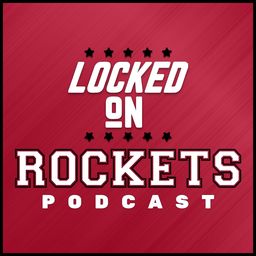 Locked On Rockets - Daily Podcast On The Houston Rockets 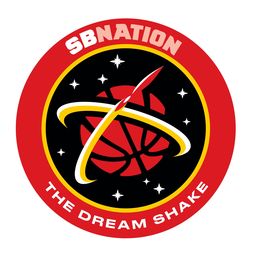 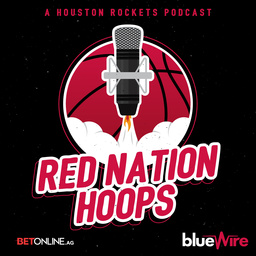 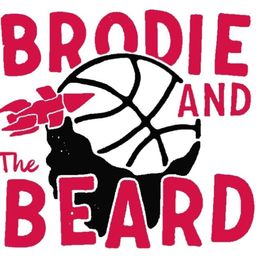 Brodie and The Beard: A Show About The Houston Rockets 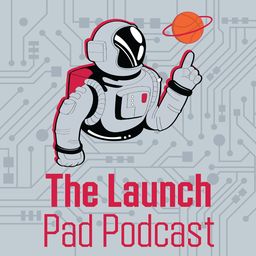 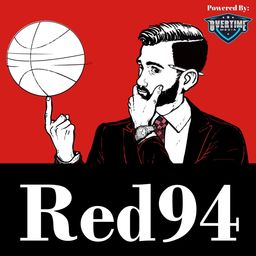 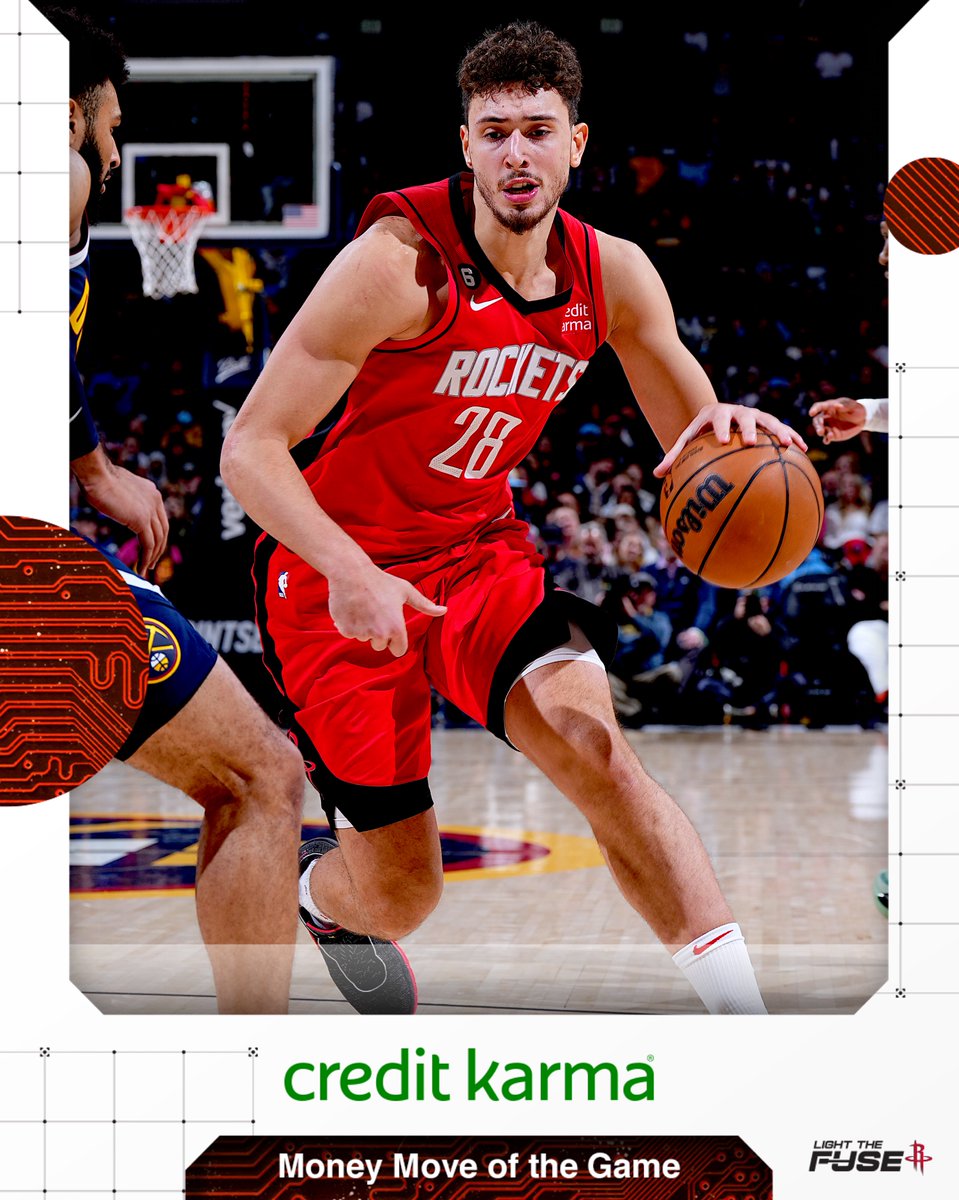 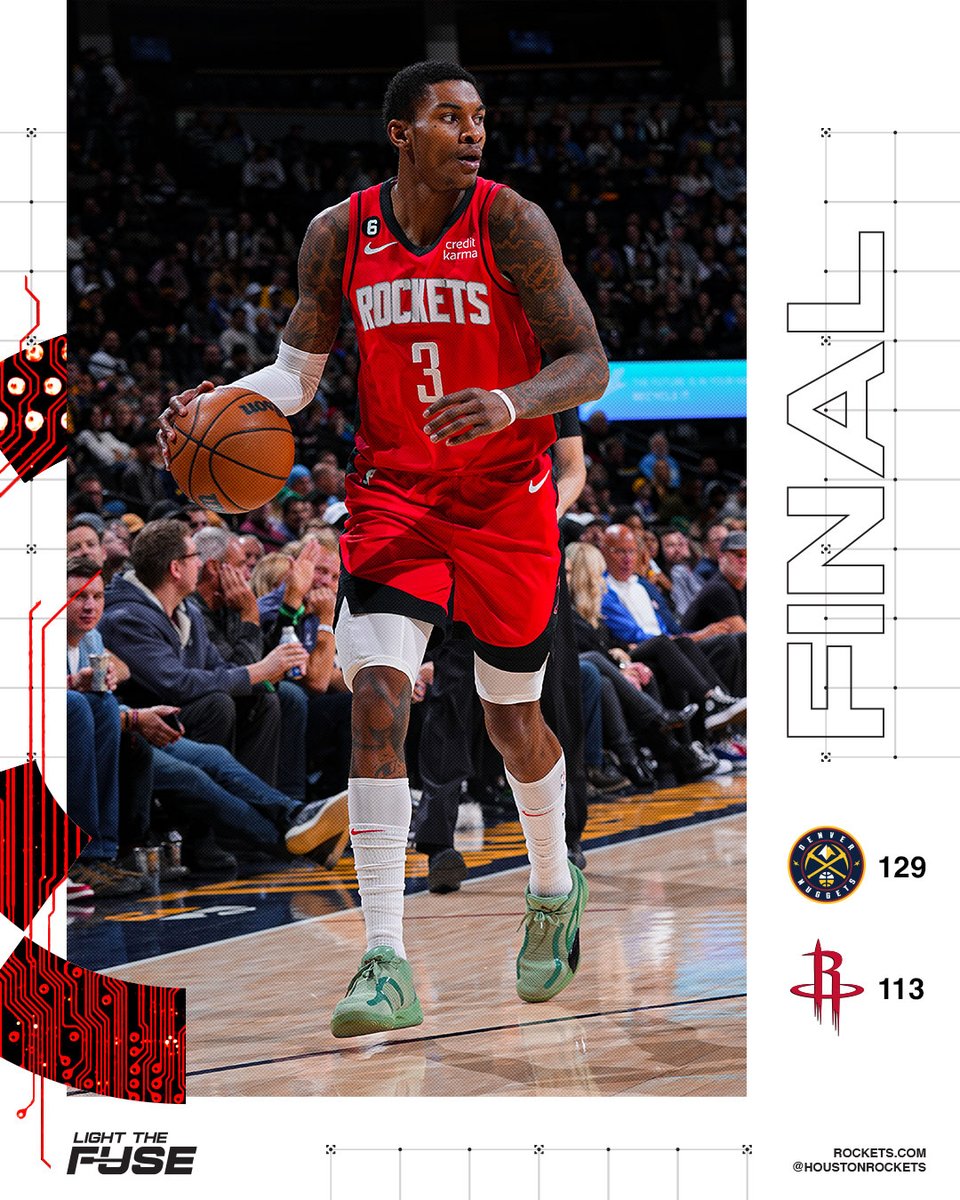 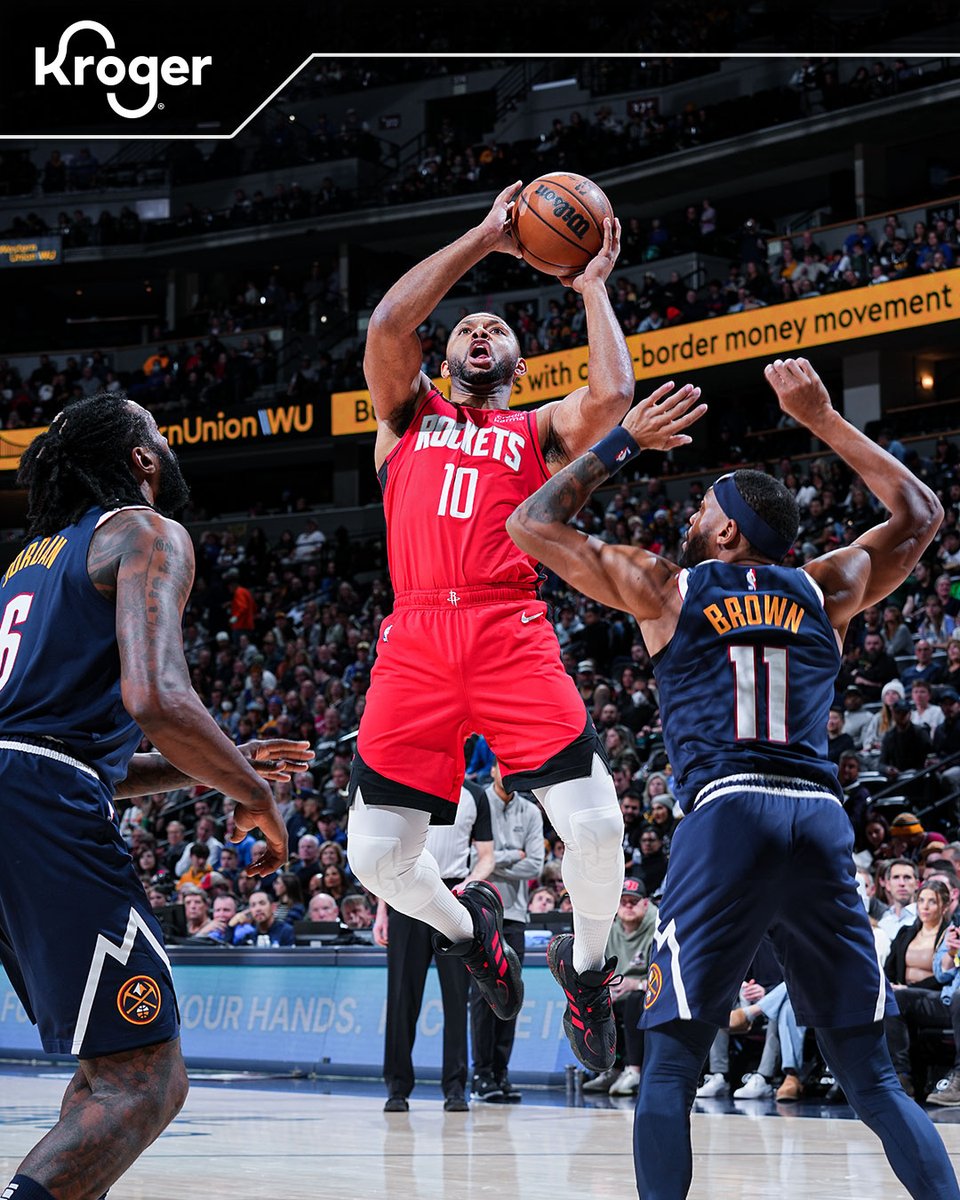 Space City Scoop
@SpaceCity_Scoop • 10h
Obviously, the 3rd didn't go the way we had hoped. Jokic went nuts. He's one of the best players ever. Let's see if the Rockets can make it competitive in the 4th
Jonathan Feigen
@Jonathan_Feigen • 9h
Nuggets 129, Rockets 113. Rockets, within one with 7:45 left in the third, were blown out in the next 12 minutes. Jokic, with 16 of his 32 in the third, took over. Rockets 12 of 27 on 3s in the first half; 4 of 17 in the second. Still, they lost on the other end.
Houston Rockets
@HoustonRockets • 10h
let's watch that JG bucket again 👀
NBA Memes
@NBAMemes • 10h
Jamal Murray and Nikola Jokic vs the Rockets
Houston Rockets
@HoustonRockets • 10h
nah, that's CRAZY @jalengreen 🤯

Did The Rockets Improve Their Bench In Free Agency?

Along with a pair of starters in Russell Westbrook and Robert Covington, the Rockets also lost a handful of key bench players during the offseason. This included the likes of Austin Rivers, Jeff Green, and Isaiah Hartenstein.

Houston's most significant free agency bench addition came in the form of former All-Star big man DeMarcus Cousins, who, in his heyday, was one of the most dominant centers in the entire league. That now feels like a distant memory, as Boogie is coming off a couple of injury-plagued seasons.

On paper alone, it is clear that the Rockets lost more than they gained in free agency, which may have an adverse effect on their 2020-21 campaign, though the John Wall and Christian Wood acquisitions via trade should help immensely.

Did The Rockets Win Or Lose The Russell Westbrook-John Wall Trade?

Bringing in John Wall, who is coming off a season on the shelf due to a potentially career-changing Achilles injury, is an undeniably huge risk. He was once one of the most explosive players in the NBA, but the injury sustained over a year ago might have a significant impact on the 30-year-old's career moving forward. The fact that he is owed $133 million over the next three seasons only accentuates the risk.

Then again, the most important thing to note here is that Russell Westbrook wanted out of Houston. The former MVP wanted nothing to do with the franchise anymore, and for their part, the Rockets need to be commended for turning an ugly situation into John Wall. Aside from successfully parting ways with a disgruntled superstar, Houston also rid themselves of Westbrook's $132.6 million salary over the next three years.

Especially if Wall re-finds his form as one of the top guards in the league, this trade is going to make Houston's revamped front office look really good.

Has The Rockets' Championship Window Closed?

So long as James Harden is on your squad, you will always have a shot at the title. The big question for Houston, however, is if they will be able to convince the former MVP to remain with the team long-term.

Harden has made it abundantly clear that he wants a trade, and he's even come up with a rather extensive list of potential landing spots. The Rockets have been holding out, which means they have no intention of letting Harden go without getting a massive haul in return. Should a trade push through, Houston will likely receive a superstar in return or a collection of future draft picks. Either way, the Rockets should be able to contend for a title either in the immediate future or a few years down the road.

However, barring an unforeseen change of heart, Houston's championship window in the Harden era now appears to be a thing of the past.

Will The Rockets Continue To Play Small Ball With The Departure Of Mike D'Antoni?

Along with the departure of Mike D'Antoni, the Rockets also waved goodbye to their former coach's revolutionary small ball style of play. The fact that they traded away Robert Covington -- a key cog in their micro ball lineups -- serves as testament to this fact.

Houston also splashed the cash on free agent big man Christian Wood, who signed a three-year deal worth $41 million as part of a sign-and-trade with the Detroit Pistons. Wood was given the start in Houston's opener against the Portland Trail Blazers, and the 6-foot-10 big man logged a massive 31-point, 13-rebounds double-double in his debut.

The Rockets also brought in former All-Star center DeMarcus Cousins, which is another clear indication of their intention to field more traditional lineups this coming season under new head coach Stephen Silas.

How Can The Rockets Improve Their Bench?

The one glaring shortcoming for the Rockets that was exposed during the last postseason was their lack of height. Their small-ball style of play has been effective to some degree, but they clearly struggled against legitimate bigs come playoff time.

Adding a couple of long, athletic, and versatile players that are at least 6-foot-9 or taller should be able to fix this hole. Houston can still play small-ball, but at least they'd have one or two tactic-switching options coming off the bench.

How Much Are The Rockets Worth?

As of February 2021, Forbes estimates the franchise's value at $2.5 billion. They are estimated to have netted a revenue of $308 million during the 2019-20 season. It is worth noting, however, that the Rockets have taken a huge hit in their business due to the China-Hong Kong controversy. GM Daryl Morey sent out the contentious tweet showing support for the anti-Chinese Hong Kong protests back in October 2019, which prompted Houston's Chinese sponsors to pull out of their respective deals.

Who Owns The Rockets?

Tillman Fertita is the owner of the Rockets, after purchasing the team in 2017 for $2.2 billion. The 63-year-old billionaire is the owner and CEO of Landry's Inc., which is considered one of the largest and most profitable restaurant companies in the entire United States.

Who Is The Rockets Head Coach?

After parting ways with veteran coach Mike D'Antoni, the Rockets hired Stephen Silas as his replacement. The 47-year-old is not exactly the biggest of names in the industry, but he does have the makings of being a good fit with the Rockets.

This is officially Silas' first job as a head coach. However, he is not lacking experience. He's been an assistant coach in the league for 19 seasons. He's had stints with the Charlotte Hornets, Cleveland Cavaliers, Washington Wizards, Golden State Warriors, Charlotte Bobcats/Hornets, and most recently, the Dallas Mavericks.

Prior to taking the helm at Houston, Silas spent two seasons under Rick Carlisle in Dallas, playing a key role in the emergence of the Mavs as one of the best offensive teams in the NBA.

Who Are The Rockets’ Assistant Coaches?

With Stephen Silas taking over for Mike D’Antoni as head coach of the Rockets, the franchise announced five new assistant coaches for the 2020-21 season: John Lucas, Jeff Hornacek, Will Weaver, Rick Higgins, and DeSagana Diop.

Lucas has been with the franchise since 2016, previously serving as the Director of Player Development. Hornacek has previously spent time as head coach for the Phoenix Suns and New York Knicks, Weaver most recently was an assistant for the Brooklyn Nets, and Higgins previously coached on the Orlando Magic’s staff.

Who Are The Best Rockets Coaches Of All Time?

Rudy Tomjanovich has to be considered the greatest head coach in Rockets history. After all, it was under his tenure that the franchise won its only two championships to date (1994 and 1995).

Mike D'Antoni also deserves credit for all that he did for the team during the 2010s. He may not have led Houston to the Finals, but there's no denying that he played a huge role in James Harden reaching his full potential.

Bill Fitch from the 1980s also deserves a mention, and so do Rick Adelman and Kevin McHale.

Who Are The Top 5 Rockets Players Of All Time?

Hakeem Olajuown is one out of three players who has won the MVP and DPOY trophy in the same year (Michael Jordan and Giannis Antetokounmpo are the other two). The Nigerian also led the way for the team for their back-to-back title runs in '94 and '95, making him the easy pick for the Rockets GOAT.

Moses Malone led the Rockets to their first Finals appearance in franchise history in 1981, and along with him, Tracy McGrady and Yao Ming are a couple of other Hall of Famers that should be considered as Rockets greats.

James Harden has made his mark with the team, and he too will go down in history as one of the most memorable players for the franchise.

Who Are Rockets Legends?

There are more than a great few players that have dawned the Rockets uniform, and as such, we could end up with a very long list if we were to jot down all of them here.

As for those who have achieved legendary status, Hakeem Olajuwon, Moses Malone, Tracy McGrady, Yao Ming, and James Harden are atop our list.

Other names such as Elvin Hayes, Calvin Murphy, Clyde Drexler, Ralph Sampson, and Rudy Tomjanovich (as a player) are likewise all part of Houston folklore.

Finally, Inside the NBA co-hosts Charles Barkley and Kenny Smith both had memorable stints with the Rockets, and they deserve their due credit as well.