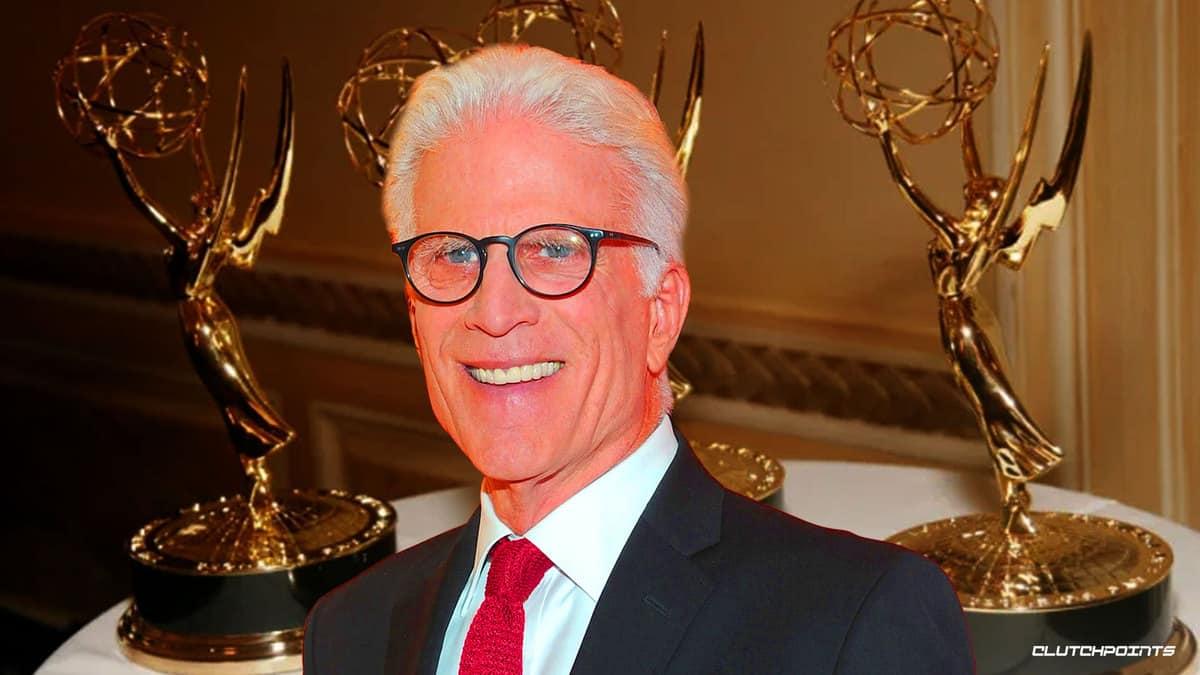 Ted Danson is an American actor and producer and he is considered to be one of the legendary figures in the industry. He is most famous for his work as Sam Malone in the sitcom series Cheers, as well as his role as Jack Holden in the movie Three Men and a Baby and its sequel Three Men and a Little Lady. Most recently, he is well known for his role as Michael in the sitcom The Good Place, which ran for 4 seasons. Currently, he plays Neil Bremer in the sitcom Mr. Mayor. In this article, we will be talking about Ted Danson’s net worth in 2022. 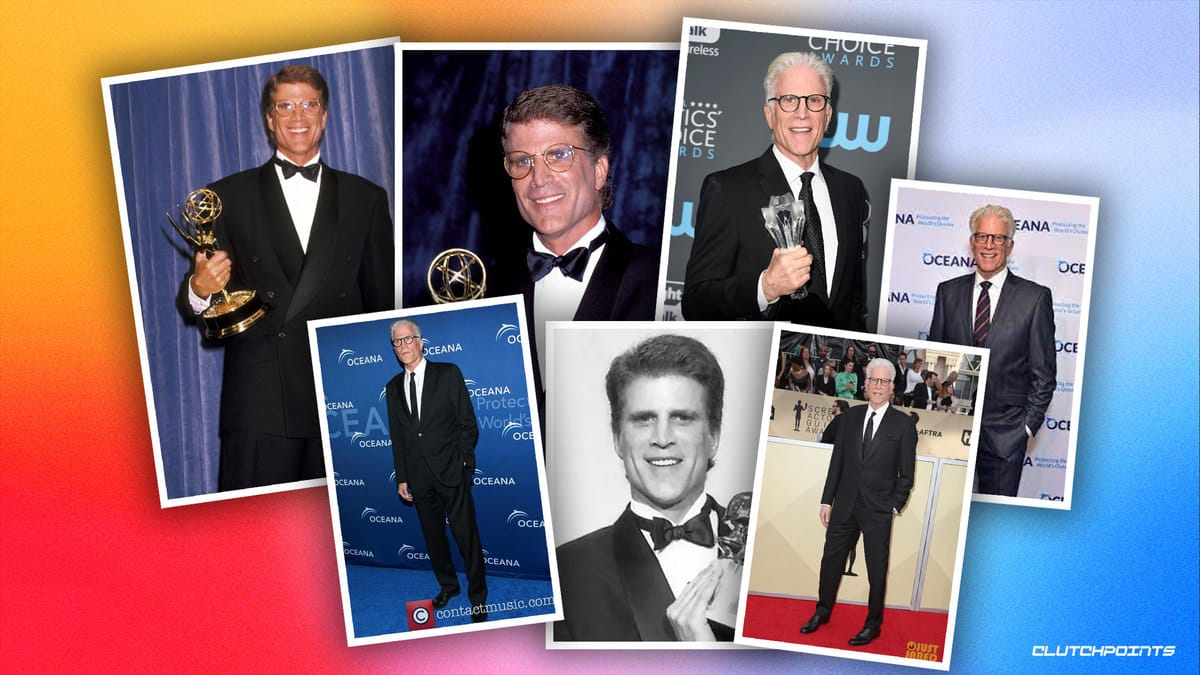 Ted Danson’s net worth in 2022 is estimated to be at $80 million. This is agreed upon by multiple reputable sources such as Celebrity Net Worth.

Let us take a look at where it all began for the legendary actor.

Edward Bridge Danson III was born on December 29, 1947, in San Diego, California, to Edward “Ned” Danson Jr. and Jessica MacMaster. His father was an archeologist and director of the Museum of Northern Arizona from 1959 to 1975. He has an older sister named Jan Ann Haury. He was raised in Flagstaff, Arizona.

In 1961, Ted Danson attended Kent School, a prep school in Connecticut. He played on the basketball team and he was the star player of their squad.

He then went to Stanford University where he became interested in drama while at the university. Danson transferred to Carnegie Mellon University in Pittsburgh in search of a better acting program. In 1972, he graduated with a Bachelor of Fine Arts degree in drama.

He had guest appearances in multiple TV shows in the late 1970s and early 1980s in projects like Laverne & Shirley, B.J. and the Bear, Family, Benson, Taxi, The Amazing Spider-Man, Tucker’s Witch, Mrs. Columbo, and Magnum P.I.

In 1982, he booked his breakthrough role when he was cast as the womanizing former baseball player and bartender Sam Malone in the sitcom Cheers. The show was well received by the critics despite finishing last in the ratings in its first season. In 1986 Cheers became one of the top 10 shows on TV.

The show ran for 11 seasons and its final episode, aired on May 20, 1993, became the second-most-watched finale in television history at that time. The show won 4 Primetime Emmy Awards for Outstanding Comedy Series and a Golden Globe for Best Series – Musical or Comedy.

He reprised the role of Sam Malone in other shows such as The Jim Henson Hour, The Simpsons, the Cheers spin-off Frasier.

Aside from his work in Frasier, Danson appeared in other projects like Curb Your Enthusiasm, Becker, Gulliver’s Travels, Help Me Help You, Knights of the South Bronx, and Damages.

In July 2011, he starred in the police drama CSI: Crime Scene Investigation where he played the role of D.B. Russell, a new graveyard shift supervisor who was previously the head of a crime lab in Seattle, Washington.

In 2013, he signed a deal to stay on CSI for two more years. Unfortunately, the show was canceled but his character moved over to the spin-off show CSI: Cyber.

From 2016 to 2020, Ted Danson starred alongside Kristen Bell in the sitcom The Good Place. He played the role of Michael, an architect who runs the afterlife neighborhood where Bell’s character resides. His performance in the show earned him multiple nominations and awards.

In 2019, he was cast in one of the main roles for the sitcom Mr. Mayor where he plays a wealthy businessman who runs for the mayor of Los Angeles for all the wrong reasons. The show premiered in 2021 and is currently ongoing.

Ted Danson also appeared in multiple movies such as Three Men and a Baby, and its sequel Three Men and a Little Lady, Made in America, Dad, Saving Private Ryan, and Hearts Beat Loud.

As for his salary, Ted Danson earned around $450,000 per episode in the final seasons of Cheers, which totals at around $12 million per season. Factoring in inflation, that is the same as earning $25 million per season in the current day.

During his time at CSI, he had a salary of $250,000 per episode. He appeared in 86 episodes, which was around $21 million in yearly earnings.

For his personal life, Ted Danson has been married two times before meeting his current wife Mary Steenburgen.

He was married to his first wife, Randall “Randy” Gosch, in 1970 but divorced in 1975. He then married his second wife, Cassandra “Casey” Coates in 1977. Danson’s affair with actress Whoopi Goldberg was a major factor in their divorce in 1993. Coates’ and Danson’s divorce was known as one of the costliest divorces in Hollywood as it cost Danson $30 million.

On October 7, 1995, Danson married his current wife, Mary Steenburgen. The couple met on the set of the movie Pontiac Moon in 1993.

Aside from his work as an actor, Ted Danson is also an active environmentalist. In the 1980’s he became a contributing founder of the American Oceans Campaigns, which merged with Oceana in 2001 — Danson is a board member of Oceana.

In 1991, he became the host of the A&E television series Challenge of the Seas where he filmed 26 one-hour episodes.

In March 2011, Danson published his first book titled Oceana: Our Endangered Oceans And What We Can Do To Save Them.

Ted Danson will inevitably go down as one of the most iconic figures in the entertainment industry, especially in the history of television. He has portrayed numerous roles on the small screen.

With all of that being said, were you surprised about Ted Danson’s net worth in 2022?