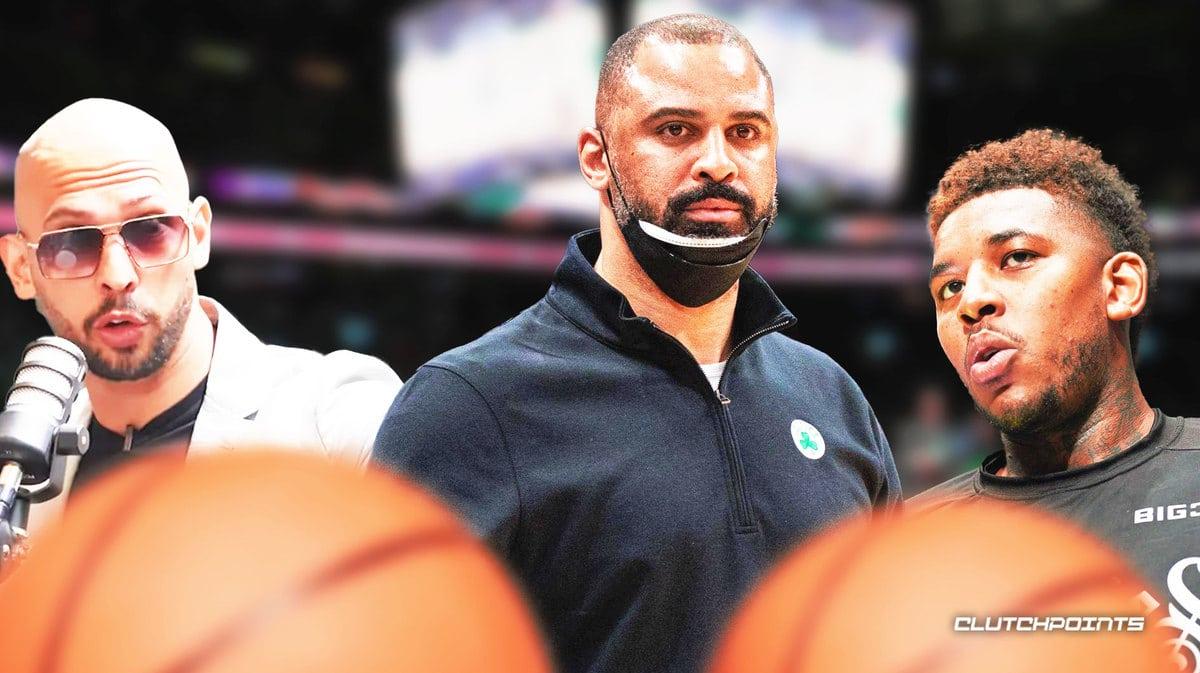 Former NBA player Nick Young recently shared his brutally honest thoughts on the Ime Udoka cheating scandal. Young, who admitted to cheating on his ex-fiance Iggy Azalea, made a rather controversial statement in reference to Udoka cheating on Nia Long, per Lakers Daily.

“It don’t matter about the woman,” Young said. “I think men just get bored sometimes, and things happen when you get bored.”

Young is one of the few people to not publicly condemn Ime Udoka for his actions.

Nick Young did not publicly admit to cheating on Azalea during his playing career. However, he told teammates in a private conversation about his cheating scandal. Teammate D’Angelo Russell recorded Young admitting what he did in a video that later surfaced online. Both Young and Russell received no shortage of backlash for their actions in the incident.

The future is unclear for Ime Udoka. Joe Mazzulla has already taken over interim coaching duties, as Udoka is suspended for the 2022-2023 season. Teams will likely be hesitant to take a chance on him even after his suspension comes to an end. Udoka’s poor decision to cheat on Long is obviously unfortunate, as he was emerging as one of the best coaches in the league. Udoka led the Boston Celtics to the NBA Finals last year and the team was excited to run it back with him at the helm for the 2022-2023 campaign.

Ime Udoka has yet to respond to Nick Young’s thoughts on the matter. But Young has already received criticism on social media for his statement.

Why is anything Nick Young says even relevant? 😂 https://t.co/h1eRC8R57w

Nick young is such a loser man

We will continue to monitor updates on the Ime Udoka situation moving forward.