Stephen Curry reflects on time he feared having coronavirus

Stephen Curry managed to play only one game after a long-awaited return from a four-month layoff brought about by a broken left hand. The Golden State Warriors star got sick and was the first NBA player to be tested for the novel coronavirus after registering a high fever shortly after dropping 23 points in a loss to the Toronto Raptors.

In a recent piece for TIME Magazine, the superstar explained how the Warriors went about testing him and what his thoughts were during those long hours before the test results came back:

“March 6. That’s when it all became very real,” wrote the Warriors superstar. “I had just played my first basketball game in months the night before, and conversations were swirling about what this virus might mean for the league.

“That night, I started to feel sick. The fever set in. First at 100. Then 101. My first thought was, “What are the chances? Could this really happen?” After months of waiting to get back on the court following a broken hand and two surgeries, I just wanted to play. But the threat of this mystery virus locked me in my bedroom to protect everyone I cared about: wife, kids, teammates, fans.

I was the first NBA player tested for COVID-19. Thankfully, my test came back negative. But that experience hit me, and it hit me hard.”

Rudy Gobert was the first player to test positive, but Curry was the first to get tested as he returned with an Influenza Type A (flu) diagnosis. As fate would have it, that 23-point night would be the only game the Warriors guard would play before the season came to a halt.

Since, Curry has made it a point to support the Oakland community and ensure children aren’t left without a meal. The Warriors guard’s Eat. Learn. Play. foundation has helped provide Oakland kids with more than 1 million meals. 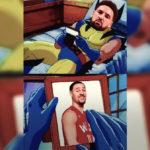 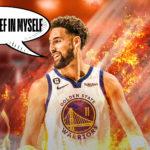 The Warriors star plans to contribute nearly 300,000 meals every week to Oakland residents for the next few months in the midst of this pandemic.

Curry and the Warriors entered the NBA’s hiatus with a league-worst 15-50 record.