While their win last week was thrilling, the New York Jets head into a Week 3 showdown against Joe Burrow and the Cincinnati Bengals looking to fix one important thing.

Every aspect of the Jets’ defense needs improvement after an inconsistent performance Sunday. There’s a reason why the Jets needed a miracle from their offense and special teams to rally for an improbable win against the Cleveland Browns. Their defense had put them in a major hole, down 30-17 with less than two minutes remaining.

The Jets were gashed for 184 yards on the ground, allowing 5.0 yards per carry. Since the Browns have a terrific 1-2 punch at running back with Nick Chubb and Kareem Hunt, perhaps the run defense gets a small pass. Especially since the Jets held Lamar Jackson and the Baltimore Ravens to 63 yards on 3.0 yards per carry in a Week 1 loss.

I honestly have no idea how anyone can compare a running back to Kareem Hunt. Keeping the legs churning isn't a good enough reason. There's no RB in college or the pros who run with his style. Running into a 8.5 man box and getting 10 yards by yourself is insane. pic.twitter.com/2iFEe2bRw6

The Jets sold out so much to stop the run, yet they couldn’t slow Chubb and Hunt. And that allowed backup quarterback Jacoby Brissett to carve them up with play-action passes all afternoon. Brissett was 22-for-27 for 229 yards in the air. The Jets had no answers for Brissett until Ashtyn Davis picked him off in the final seconds to secure the win.

Part of the issue was lack of pressure from the front four. The Jets recorded 13 QB pressures and sacked Brissett just once, a shared sack in the fourth quarter by Carl Lawson and Quinnen Williams. New York has three sacks in two games.

“We have to pick it up as a defensive line,” said John Franklin-Myers, who stood out with an 84.2 pass rush grade and 76.6 overall grade Sunday per Pro Football Focus. “We just have to get the quarterback down. We had plenty of times (Sunday) where we just flat-out missed … we put that on our backs. We have to put him down, making the routine plays routine.”

Corners Sauce Gardner and D.J. Reed were not as effective as they had been in Week 1, when they combined to allow one catch on nine targets. Against the Browns, they allowed seven catches on nine targets, and Gardner was caught in a miscommunication on an Amari Cooper touchdown catch. Cooper had nine receptions for 101 yards.

Amari Cooper with a Touchdown 🤩🔥pic.twitter.com/xWGtpeMKQ2

There’s good reason to believe Gardner and Reed will bounce back. But can the same be said about safeties Lamarcus Joyner and Jordan Whitehead? Each had four missed tackles against the Browns (the Jets had an egregious 17 collectively). Whitehead received a 29.1 grade by Pro Football Focus in the running game and 35.5 overall. Joyner was graded 31.0 against the run and 38.6 overall. This after each struggled against the Ravens.

“There were a couple things we could have done a lot better,” Saleh acknowledged. “At the same time it wasn’t discouraging. There are a lot of things that are easily fixable.”

But they need to be fixed soon. The Bengals are 0-2 and desperate for a win after reaching the Super Bowl last season. Their offense features studs at quarterback (Burrow), wide receiver (Ja’Marr Chase) and running back (Joe Mixon). They have not put it together yet, tied for 19th in the NFL in points (37) and ranked middle of the pack in passing (14th) and rushing (15th). Burrow has been sacked an NFL-high 13 times.

The opportunity is there for this Jets defense to get better. But there’s also a big challenge that lies ahead this week, especially if the Bengals figure things out.

For now, the Jets’ defensive unit is a concern heading into Week 3. 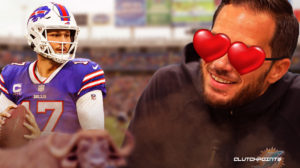