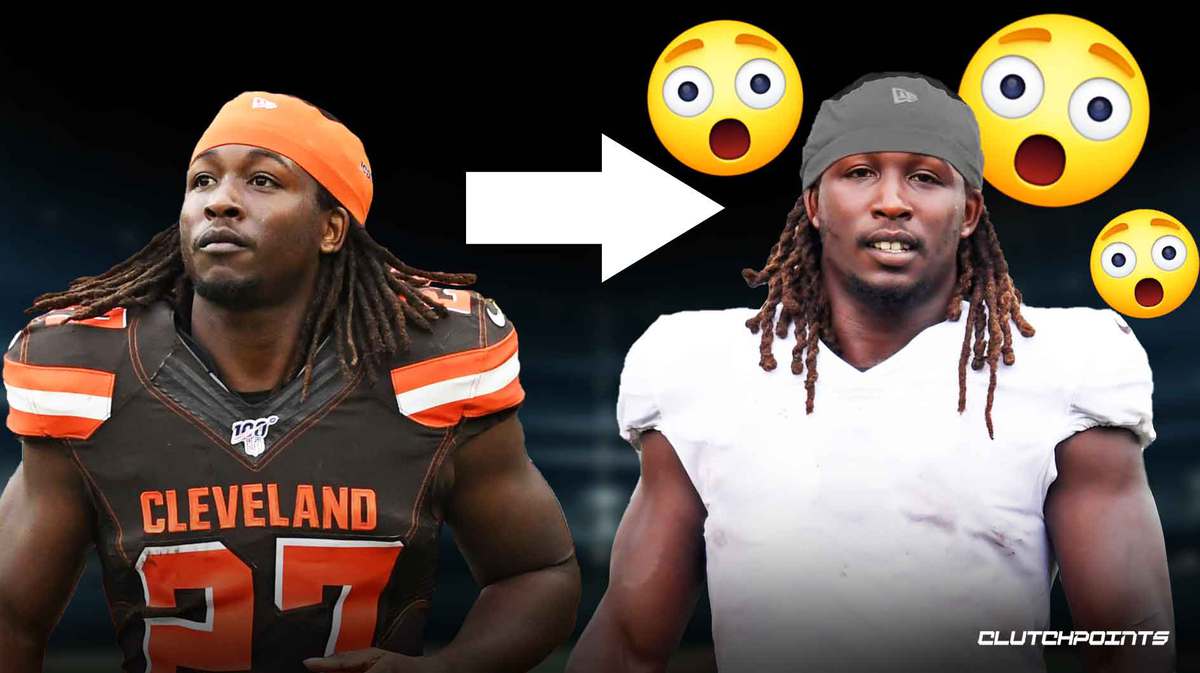 The Cleveland Browns turbulent offseason was dealt another blow this morning when it was announced that running back Kareem Hunt had requested a trade. Hunt has been looking for a new contract this offseason, and has not been practicing during training camp as a result of not getting a new deal.

So far, the Browns have shown no willingness to trade Hunt. With star quarterback Deshaun Watson potentially set to miss a large chunk of the season, Cleveland is going to need all the offensive talent they can get. Trading Hunt wouldn’t make a ton of sense if they are looking to stay competitive without Watson.

But there are a couple of key reasons why trading Hunt would make a lot of sense for the Browns right now, and it may be in their best interest to deal him now while they can. Here are two reasons why the Browns need to trade Hunt before the start of the season.

2. They don’t need any more drama

The Browns offseason has been hectic already, and Hunt’s trade request is only adding to the drama. The Watson trade was the subject of a lot of attention given how he had dozens of sexual assault cases levied against him. Even then, whether or not Watson would get suspended, and for how long, has been the talk of the NFL for the past few months.

Just when it seemed like they were finally getting some clarity on Watson’s situation, everything has flared back up. Watson was initially dealt a six game suspension, but the NFL is appealing it in attempts to get a longer suspension for Watson. And now, the Browns have to deal with one of their top running backs in Hunt requesting a trade.

Hunt has already been causing a disruption by not practicing during training camp, and now that he’s requested a trade, it will continue to become a bigger distraction the longer the situation goes unaddressed. Chances are that if the Browns haven’t extended Hunt’s contract now, they aren’t going to anytime soon.

Moving on from Hunt now makes sense because Hunt will be a free agent after the 2022 season. If they don’t intend on re-signing him to an extension over the next week or so, chances are that even if Hunt sticks around for the upcoming season and plays, he will leave after the end of the season. They could get rid of Hunt and pick up something in return if they were to trade him now, which may not be the worst idea for the Browns given all the other commotion they have going on right now.

Having a lot of talented offensive playmakers is never a bad thing. But chances are Hunt isn’t really necessary on Cleveland’s roster anymore. He missed nine games last season, and while the Browns offense was never really good last year thanks in part to Baker Mayfield’s struggles, the ground game didn’t really struggle as a result.

Ahead of Hunt on the depth chart is Nick Chubb, who is arguably a top five running back at this point. Giving Chubb all the carries he can take at this point seems like good business based on how good he has been to start his career. Having Hunt as insurance in case he gets injured is good, but if he wants out, you may as well get a draft pick in return while you can.

The Browns also have D’Ernest Johnson behind both Chubb and Hunt, and Johnson could probably fill Hunt’s role if he were to get traded. Johnson shined when he was filling in for Chubb and Hunt last season, and proved that he can hold his own in the backfield when called upon too. In the three contests where Johnson had 20+ touches, he picked up 120+ total yards each time.

Hunt is a safer option to count on behind Chubb, but they don’t really need him to fulfill that role anymore, especially with the emergence of Johnson. Sure, keeping him around would be great, but if he wants out, they should move him for a draft pick or two while they can.

Losing talented offensive playmakers hurts, but the Browns would be in a good position to absorb Hunt’s loss. They got by without him for most of last season, and the longer they hold off on trading the Chubb, the bigger the risk is that they will end up losing him for nothing. It’s certainly not an ideal situation for Cleveland, but trading Hunt before the start of the 2022 season would make a lot of sense.