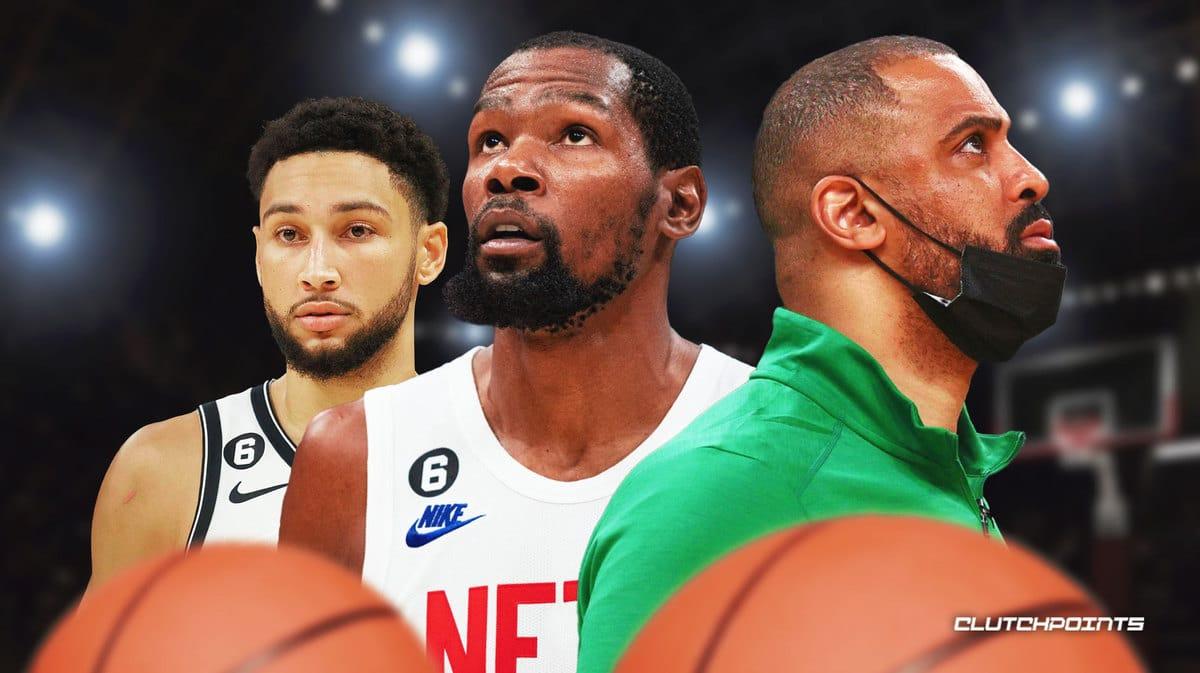 The Brooklyn Nets added Kevin Durant and Kyrie Irving in the 2019 offseason, and it has been all downhill from there.

From the playoff woes to the trade requests, Nets owner Joe Tsai has been drowning while trying to play damage control, and Kyrie Irving’s latest antisemitic tirade has launched the Nets into the spotlight. The Nets originally suspended Kyrie Irving for five games, giving the superstar a list of demands he must meet. Irving met with NBA Commisioner Adam Silver today to discuss the suspension.

Irving’s suspension may be cut short, but the absence of the All-Star could change the trajectory of the franchise. Let’s take a look at three rising storylines as Irving serves his suspension.

Everyone in the NBA world is thinking about the same question — will the Nets employ Ime Udoka as their next head coach?

Udoka, the former Boston Celtics coach, caught a year-long suspension from the franchise after he was found having an improper consensual relationship with a female member of the team staff. While the Nets originally jumped on Udoka after firing Steve Nash, recent reports have said that the Nets are proceeding with caution before making a hiring decision.

Udoka does have a great relationship with Kevin Durant, and is absolutely a championship-level coach, but hiring Udoka might dig deeper into the reality show-esque atmosphere the Nets find themselves in.

Interim head coach Jacque Vaughn could the man for the job. Vaughn was a head coach of the Orlando Magic for two seasons, and has been an assistant coach with the Nets since 2016. He is familiar with the culture and respected by the players and the rest of the coaching staff.

Another name to look out for could be Quin Snyder. Snyder has shown that he is capable of putting playoff-level teams together in Utah, although they have always fallen short of the NBA Finals. Snyder had a losing record in just two of his eight seasons as the Jazz head coach — he knows how to win games, at the very least in the regular season. And the 4-7 Nets desperately need someone like that.

2. What does Kevin Durant do?

How much patience does Kevin Durant have?

We already saw Durant try to force his way out of Brooklyn, only to be unsuccessful. He originally asked for Steve Nash and general manager Sean Marks to fired during the offseason. Well, Durant got half of his wish, about two months too late.

Durant has always talked about how all he cares about is hoop. He wants to stay away from the drama, go out on the court, his sanctuary, and drop buckets with ease. However, with these Nets, it’s been all drama and mostly losses — Durant’s nightmare.

He is being asked to do so much on both ends. In their recent matchup against the Dallas Mavericks, Durant was tasked with shadowing MVP candidate Luka Doncic on one end, while constantly seeing double and triple teams on the offensive side of the ball. Durant still managed to put up 26 points on 10-20 shooting, but missed a clutch free throw late to send the game to overtime. 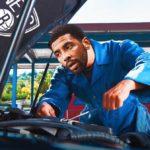 It remains to be see how long Durant is willing to put up with Irving’s antics and Sean Marks’ incapabilities as a general manager.

3. Will Ben Simmons ever figure it out?

Ben Simmons still looks like he is afraid to shoot a basketball. In nearly 30 minutes per game, Simmons is averaging 5.3 attempted field goals, 5.6 points per game, 6 rebounds, and 6.6 assists per game. The rebounding and assist numbers are good, but need to be through the roof to warrant giving Simmons legitimate minutes.

Opposing coaches are able to scheme defenses to suffocate Durant with Simmons being a complete afterthought. It is really sad to see, because Simmons is so talented. On the defensive end, he can blow up an entire team’s gameplan if he is really dialed in. But the effort has to be there, and Simmons often looks as though he does not want to be a professional basketball player.

The Nets desperately need the old Ben Simmons back. He has to be willing to take floaters in the lane, or attack the basket and go to the free throw line. A Big-3 of Durant, Irving, and Simmons sounds great, but they all have their own issues that need to be worked out before this Nets team can be called a serious title contender.