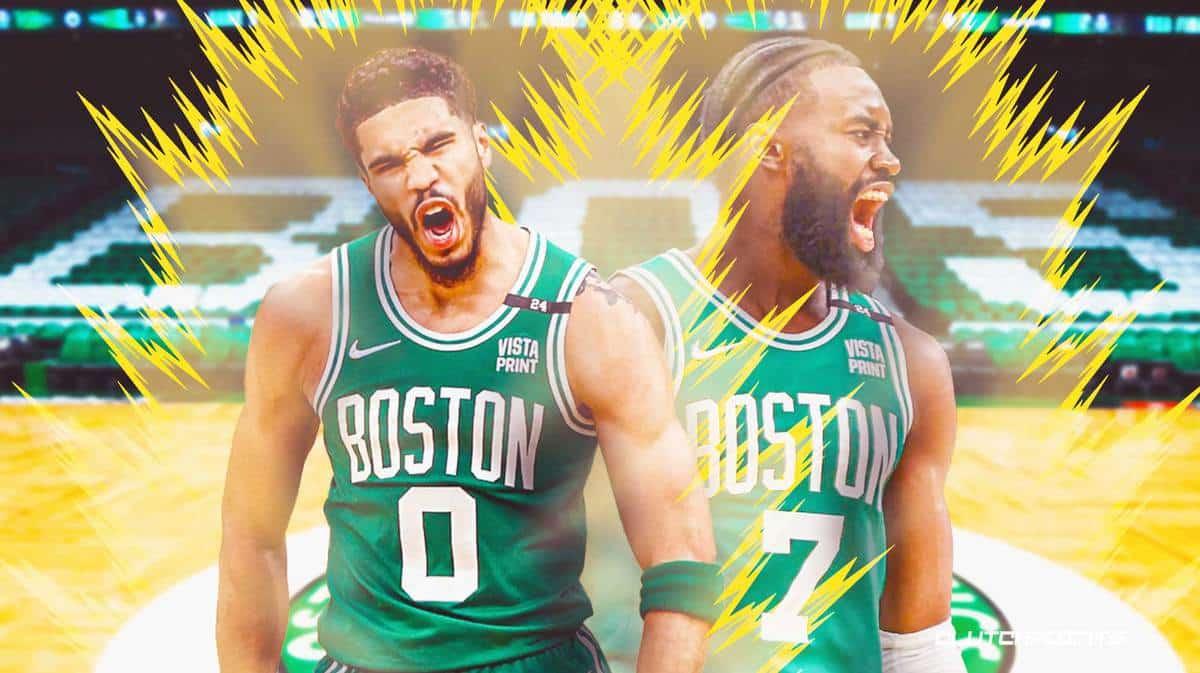 The 2022-23 NBA Opening Night showdown between the Boston Celtics and Philadelphia 76ers had hot shooting, scuffles, and controversial calls. But when it came down to it, the game was about star power, and the Celtics had more stardom in their 126-117 home win over the Sixers.

It was a tight contest for the most part until a big third quarter from Jayson Tatum and company helped the C’s pull away. James Harden and Joel Embiid combined for 61 points against Boston, yet it wasn’t enough to surpass the dynamic duo of Tatum and Jaylen Brown.

It’s only one game out of the 82, however, there’s already a lot to be excited about in Beantown. The Celtics took down their Eastern Conference foes while shooting 56.1% from the field, and they refused to relinquish their lead in the fourth quarter. That’s already an improvement from the early games of last season.

So is this the Celtics team that will raise the elusive 18th championship banner? The jury is obviously still out, but in the meantime, here are three overreactions from Boston’s exciting win against the Sixers.

3. The Celtics have a top-three NBA duo with Tatum and Brown

Based on past accolades, there are potent duos in the league who have won rings before — like Anthony Davis and LeBron James and Stephen Curry and Klay Thompson. But right now, there aren’t many tandems in the NBA that match up with Tatum and Brown.

In their Opening Night matchup with Philly, Tatum and Brown combined for 70 points, tallying 35 apiece. The Celtics stars not only put up huge numbers, but they also did it on excellent efficiency, going 27-of-44 (roughly 61% shooting).

Tatum had multiple tough finishes and showed no fear when driving to the hole against a tough Sixers squad:

So many beautiful things here:
• The move
• The make
• Embiid in the background pic.twitter.com/HZ2t7KSUn6

THROW IT DOWN JAYLEN BROWN pic.twitter.com/3xHOTrYwt6

All in all, it was a perfect night for the talented duo. They offensively dominated the Sixers and exhibited no signs of rust down the stretch.

2. The Celtics have the best defense in the NBA

On the defensive side of the ball, the Celtics picked up where they left off last season. Boston potentially had the best team defense in the league in the 2021-22 season behind reigning Defensive Player of the Year Marcus Smart. That same defense showed up against the Sixers and pestered them all night, despite the absence of Robert Williams III.

While Embiid had 26 points and 15 boards, he was hounded by Boston’s tough double teams. He turned the ball over six times as a result of Boston’s ferocious defense — and Embiid averaged just 3.1 turnovers per game last season. The C’s capitalized on these mistakes frequently, using them to jumpstart their transition offense and put up 24 fast-break points to Philly’s two. Even when Embiid hit his shots, they were rarely easy ones near the basket:

Turning defense into offense. The Celtics are killing the Sixers in transition, 22-2. pic.twitter.com/5BnFoDK823

Behind an effective double-team strategy, the smaller Celtics can neutralize the biggest stars, literally and figuratively. Don’t be surprised if Boston breaks out a similar defensive strategy to contain Giannis Antetokounmpo when the Milwaukee Bucks come to town on Christmas Day.

Tatum and Brown are the foundation of the Boston Celtics, but the front office has tried to make a lot of other pieces work with them to no avail. Gordon Hayward and Kyrie Irving came to town once upon a time, yet that experiment didn’t quite work out.

With Boston’s latest offseason addition, guard Malcolm Brogdon, it seems as if the C’s are on to something. In his debut for the Green Team, the former Indiana Pacer scored 16 points off the bench in just 24 minutes. He also added four assists, two steals, and posted a plus-minus of +9.

He looked like the ideal sixth man and came up clutch with some tough baskets:

Malcolm Brogdon with the ABSURD finish 😨

General managers across the NBA were fans of Boston’s acquisition of Brogdon, and Twitter agreed after his season-opening performance:

If Brogdon can remain healthy, the Celtics will have a strong offensive trio. In addition, he only bolsters their already impressive defense.

There was a lot to love from Boston’s 2022-23 NBA season opener, but there are still 81 games to go. It’ll be a long journey back to the NBA Finals, yet if the Celtics play as they did against the 76ers, they could be on their way soon enough.