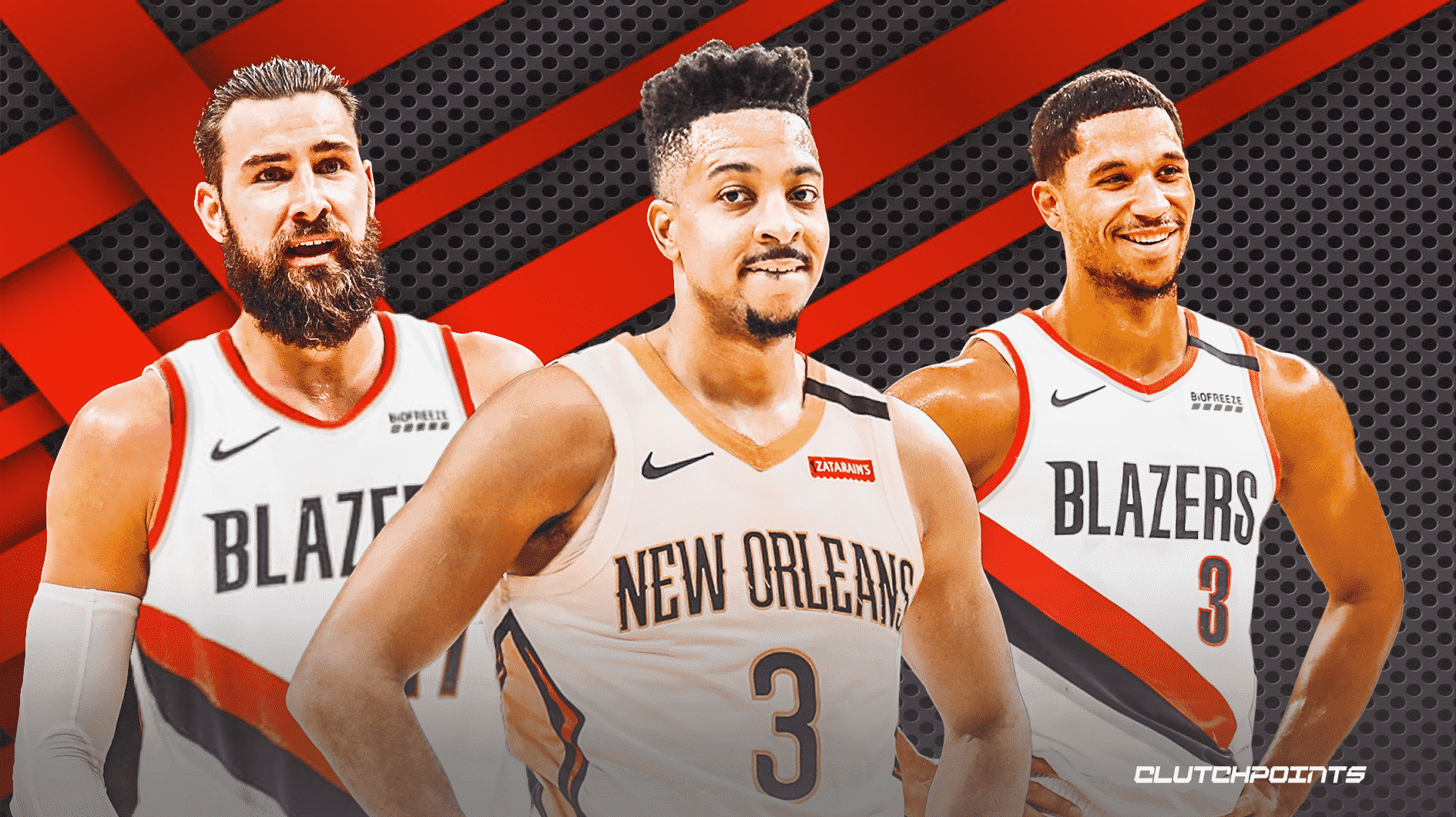 The Portland Trail Blazers’ surprising recent surge sans Damian Lillard, thankfully, may not prevent them from making a major deal at the trade deadline after all.

According to Jake Fischer of Bleacher Report, the New Orleans Pelicans have shown interest in acquiring C.J. McCollum leading up to February 10th. Portland would reportedly receive a package of Josh Hart and Jonas Valanciunas in exchange for McCollum, though New Orleans would apparently prefer to send back the contracts of Jaxson Hayes and Tomas Satoransky rather than their hulking starting center.

Here are three reasons why the Blazers would be interested in moving McCollum to the Pelicans.

Sorry, Rip City. Trading McCollum won’t net Portland a blue-chip prospect, highly desired first-round pick or even surefire veteran starter. Dangerous as he is creating his own shot and spotting up beyond the arc, McCollum’s two-way limitations and onerous current contract mean he’s less valuable in a vacuum than it seems he’s been to the Blazers over the last half-decade. No team in the league would be thrilled about paying McCollum a combined $69 million over the next two seasons.

Hart lacks the name recognition and box-score production of other players rumored as centerpieces of a potential McCollum trade. But don’t let his relative anonymity and pedestrian per-game numbers distract from what an asset Hart could be for Portland both on the floor and in future prospective trade negotiations. He’s averaging 13.5 points, 7.6 rebounds and 4.2 assists per game while shooting 51.6% from the field this season, an easy career-high. He cleans the glass like a big man despite standing just 6’5”, strength and physicality that also makes him a viable switch defender across three positions.

Hart is canning a perfectly acceptable 35.8% of his spot-up tries from deep, per NBA.com/stats, and compensates for low-volume three-point shooting by attacking the rim with straight-line penetration and serving as a one-man engine in the open floor. He’s shooting 53.9% on a personal-best 6.0 drives per game this season, and a whopping 36.5% of his used possessions come in transition—the highest rate in the league, per NBA.com/stats.

The Villanova product signed a unique three-year contract with the Pelicans last summer. Hart’s $12 million salary for next season is non-guaranteed; the final season of his deal is a player option. That rare contractual structure combined with Hart’s all-around versatility ensures he’d be a valuable commodity for any team in basketball, whether retooling on the fly like Portland, ramping up for a title run or even rebuilding from the ground floor.

The Blazers’ lagging stylistic and financial flexibility can be traced right back to McCollum, through no fault of his own. Trading him in a deal built around Hart wouldn’t suddenly vault Portland toward realistic contention, obviously, but still provide the coaching staff and front office with additional pathways forward that otherwise don’t exist.

The Blazers are just more than $3 million over the luxury-tax line, and Jody Allen surely has no interest in paying an extra $4.5 million in penalties for a team that has little hopes of avoiding the play-in tournament. Portland is bound to cut a few million dollars in salary before February 10th; it’s the particulars of doing so that remain up in the air.

The simplest means of ducking the tax is moving Robert Covington, who could help any contender as a help defender and floor spacer while playing on a $12 million expiring contract. But there’s no indication the Blazers won’t make multiple moves at the deadline; the season-ending injury to Nassir Little no doubt increases the possibility they’re one of the league’s most aggressive sellers.

If McCollum is the only domino that falls, both reported frameworks of a trade with the Pelicans would shed the salary necessary to dip Portland below the tax. Don’t read too much into Valanciunas’ possible inclusion here, at least as it relates to a long-term future in Portland. New Orleans clearly likes him, and the hulking seven-footer is an awful fit for Chauncey Billups’ aggressive defensive scheme and not the ball-mover, high-volume floor-spacer or imminent lob threat he’d prefer on the other end.

Valanciunas could be future trade bait for the Blazers if they ultimately acquire him, or perhaps even part of a three-team deal. Either way, shirking the tax and bringing in Hart would be Portland’s top priorities in a McCollum trade with the Pelicans.

Simons has done an admirable job masquerading as a more traditional floor general since McCollum returned last week against the Orlando Magic, still offering plenty of tantalizing glimpses at realistic future stardom. But he’s clearly been thinking about when to play primary facilitator in an offensive attack with McCollum as its top option versus picking his spots as a scorer, and there’s a case to be made it’s unnecessarily slowed his meteoric rise.

The Blazers aren’t winning anything big in 2021-22.  Tumbling farther down the standings while reverting back to an offense spearheaded by Simons is clearly their most prudent means of quickly leveling up into contention next season and beyond before Lillard’s prime is finished. Portland owes its 2022 first-round pick to the Chicago Bulls if it falls outside the top-14, and badly needs the infusion of young talent that comes with selecting in the front half of the lottery.

Circumstances broadly beyond their control have given the Blazers a golden opportunity to hit the reset button this season. Moving McCollum wouldn’t just further empower Simons to reach his ceiling and aid Portland’s on-the-fly tanking efforts, but also clarify its financial situation as a crucial summer awaits. With Simons due a massive raise in restricted free agency and hopefully ready to start beside Lillard in the backcourt, it makes sense for interim general manager Joe Cronin to trade Norman Powell, too. Already having dealt McCollum would take one expensive moving part from what promises to be a busy, complicated July in Rip City.