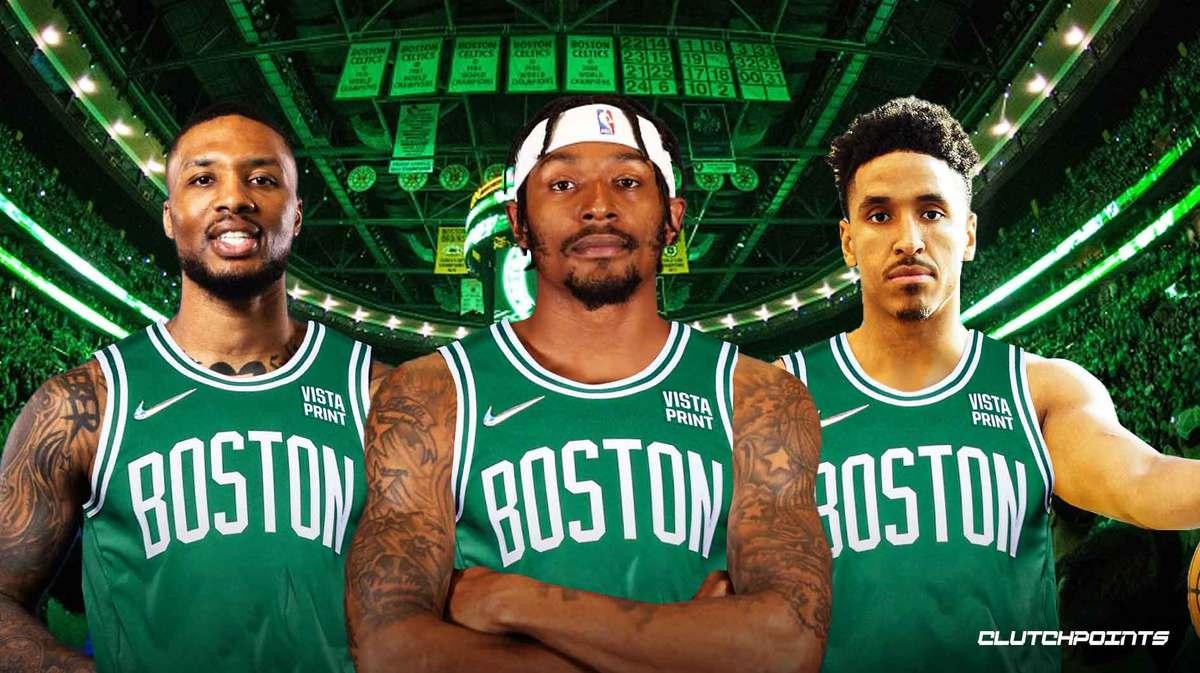 After winning two of the first three games of the 2022 NBA Finals, the Boston Celtics lost three in a row and watched the Golden State Warriors hoist the NBA championship right on their home turf. The Celtics must have wondered what went wrong in those last three losses and how they can get over the hump should they get back to the Finals again.

It might take Boston a little while to recover from the fact that they were two wins away from realizing their dream. But Celtics president Brad Stevens and the rest of the front office will need to move forward soon and see what moves they can make to ensure a title next time around. Here are three potential trades the Celtics must make to get them to their 18th NBA title.

The most glaring weakness for Boston that surfaced during these Finals is their lack of a lead ballhandler and playmaker. The Celtics averaged 18.3 turnovers in the last three games of the series, including 22 in the series-ender. Jayson Tatum has made strides as a facilitator over the last couple of years. But based on this playoff run, it’s clear he isn’t quite there yet. In fact, Tatum became the first player in NBA history to commit 100 turnovers in a single postseason, averaging 4.2 per game in 24 outings. Marcus Smart also isn’t the playmaking type of point guard and his highest value comes on the defensive end.

That’s where Portland Trail Blazers star Damian Lillard comes into play. Lillard has long been one of the premier point guards in the NBA. And he could definitely become the piece that puts Boston over the top.

Lillard remains adamant he wants to stick in Portland. With the 6-time All-Star hitting his 30s and the Blazers nowhere near contention for a championship, it might be best for both sides to move on. But if the Blazers want to hit the reset button and make Lillard available, Boston should consider knocking on the door.

The price for Lillard may be high, however. That means the Celtics will need to give up a ton just to bring him in. Will Boston be willing to part ways with Jaylen Brown in case Portland wants him? Brown had a magnificent postseason run and swapping him for Lillard might be the answer.

The Celtics could also offer a package centered around Marcus Smart and Derrick White along with some first-round picks to Portland. This keeps the duo of Tatum and Brown intact and creates a Big 3 with Lillard aboard the ship. This deal, however, sacrifices a ton of Boston’s depth and defense, especially on the perimeter.

Like Lillard, Bradley Beal is another star that is ripe for greener pastures. The 28-year-old isn’t going to win anything with the direction the Wizards are headed. Beal has hinted he intends to sign a monstrous 5-year extension to stay in Washington. But plans could still change if he suddenly puts a premium on winning.

As mentioned, the Celtics need a lead ballhandler. And while Beal plays the two-guard spot mostly, he has shown that he can play the lead guard role and is capable of facilitating an offense. This past season, Beal averaged a career-best 6.6 assists per game. He’s averaged over six assists in two of the last three seasons.

Moreover, Beal’s brotherhood with Jayson Tatum could help further improve the morale of Boston’s franchise star. Beal has served as Tatum’s mentor since his AAU days.

Similar to Lillard, Beal should also come at a high price. Although it’s likely the Celtics can give up less and are able to exclude Jaylen Brown in any kind of trade talks. They could even get away without having to include one of Smart or White, unlike in the Lillard deal. Beal is also a little cheaper salary-wise compared to Lillard ($36.4 million vs. $42.4 million), which should make matching the money a little easier.

Perhaps the cheapest and most viable option for Boston is Indiana Pacers guard Malcolm Brogdon. He will make $22.6 million next season which means the Celtics won’t need to gut their depth just to bring in the improvement they need.

Brogdon does not carry the same star power that Lillard or Beal brings. But his steadiness and calm demeanor on the floor has been his calling card throughout his career. The 2016-17 Rookie of the Year has grown to be one of the better two-way players in the NBA. He is no slouch on the offensive end and is capable of creating his own shots as well as setting the table for the offense. Defensively, he can hold his own against some of the best perimeter players in the NBA.

The Pacers don’t have any incentive to keep Brogdon for their long-term plans, especially after they acquired Tyrese Haliburton this past season. With that, the 29-year-old should most certainly be on the market this summer. The Celtics should pounce on the opportunity to grab the two-way guard.

They could get away by enticing Indiana with some of their young talent along with some picks. A package of Daniel Theis, Grant Williams, Aaron Nesmith, and Juwon Morgan should work salary and value-wise for the Pacers. Sure, Williams has been a revelation in these playoffs with his hustle and energy. But landing a veteran to add to their guard depth could be the move that puts Boston over the top.