4 players who are bigger disappointments than Kwame Brown

In the last 20 years, nobody has arguably been made fun of more than Kwame Brown. If memes were a thing in 2008, Brown would certainly be the target of many. If social media were available and prominent as it was today, Brown would have been the laughing stock of the internet. That’s how horrible fans perceived his career and it didn’t help that Brown was made fun of on national television from time to time.

On Feb.1, 2008, the Los Angeles Lakers acquired a gem in Pau Gasol, who eventually helped bring two champions to Los Angeles. This was dubbed as one of the most horrible trade transactions in history because all the Lakers had to do was give up Brown, Javaris Crittenton, Aaron McKie, and draft rights to Marc Gasol (who at that was going to enter as a rookie).

And I traded these thoughts. pic.twitter.com/aK2YqTIgmZ

NBA analysts and executives were quick to react and rightfully so. One popular analyst who did in particular is Stephen A. Smith, who could partly attribute his fame today to that rant he had about Kwame Brown. Thirteen years after, Smith’s blast is still considered as one of if not the funniest takes in sports history. That’s how bad Brown’s reputation was and it remains that way until today.

Throughout his 14 years in the NBA, Brown averaged 6.6 points and 5.5 rebounds. His best year was probably in the 2003-04 season when Kwame Brown averaged 10.9 points and 7.4 rebounds a game. The rest? You’re better off not looking at them. The main reason why Brown’s career turned into a joke in the eyes of many is that he was the first-overall pick in the 2001 NBA Draft.

When you’re the first pick of any draft, a lot is expected from you. You have to sort of deliver right away and show why you were chosen first. Brown stats clearly did not do that for him hence why he’s become the scapegoat. It also didn’t help that Kwame Brown was Michael Jordan and Kobe Bryant’s teammate—two of the most iconic basketball players of all time.

But with all the jokes aside, there are also a bunch of players who may have had the same trajectory as Kwame Brown. Their stories aren’t just loud as Brown’s because of what the center went through. Who are these players? Here are four players whose career didn’t go as expected as well:

In 2011, the Minnesota Timberwolves selected Williams number two in the NBA draft behind Kyrie Irving. His first three years with the Wolves were so underwhelming that he was traded away to five different teams before vanishing from the NBA. Despite a colorful collegiate career at the University of Arizona, Williams only averaged 8.9 points and 4.0 rebounds per game in his eight-year stint in the NBA.

Thabeet was one of the players considered as a draft bust after failing to meet expectations just like Kwame Brown. He was drafted second overall by the Memphis Grizzlies in the 2009 NBA Draft thanks to how well he played during his collegiate days. In his nine-year stint with the league, Thabeet averaged only 2.2 points and 2.7 rebounds per game and ended up moving from one team to another. 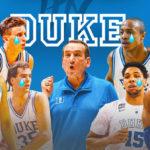 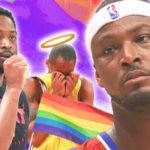 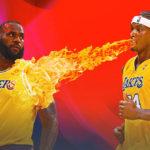 He went from the Grizzlies to the Houston Rockets to the Portland Trail Blazers to the Oklahoma City Thunder and then eventually to the Taiwanese Men’s professional basketball league.

Okafor was selected second overall in the 2004 NBA Draft by the Charlotte Bobcats. Unlike Kwame Brown and the rest on this list, Okafor actually had an impressive rookie campaign, winning the 2005 Rookie of the Year award. Okafor eventually became the face of the Bobcats but unfortunately, did not win anything significant for the team. He was traded to the Hornets and Wizards but battled injuries throughout his career. Okafor ended up finishing his career in the G League and Korean Basketball League.

Like Kwame Brown, these players had their own share of unfortunate stories as well. It just so happens that Brown was (and continues to be) in the spotlight often because he was in fact part of the Gasol deal that helped Bryant win his fourth and fifth championship. It also didn’t help that Kwame Brown was teammates with Jordan, who doesn’t really have the best reputation of being kind to his teammates. Basically, as good as Bryant and Jordan were, being their teammates had their own fair share of consequences.