‘He’s going to bounce back, it could have been worse’: Kyle Shanahan drops Elijah Mitchell take that 49ers fans will appreciate The San Francisco 49ers are looking to avenge their brutal season-opening loss in Week 2. Head coach Kyle Shanahan will have to orchestrate the offense without lead back Elijah Mitchell, who suffered an MCL injury that will sideline him for about two months.

Mitchell ran for 963 yards last season and picked up 41 yards on the six carries he got in Week 1 against the Chicago Bears. Losing him will be brutal for Trey Lance, who is still getting his legs under him as an NFL starter. Although Lance still has plenty of talent around him, losing his top running back for months so early in the season is brutal.

According to Taylor Wirth of NBC Sports Bay Area, Shanahan feels bad for Mitchell but is not totally worried. He said that the injury was not as bad as it could have been and that he knows the 49ers’ RB will bounce back strongly when he is ready to go again.

“I was sad for him. He’s going to bounce back, it could have been worse,” Kyle. Shanahan said, via NBC Sports. “We’re lucky it wasn’t an ACL or anything, but real tough to lose him, everyone knows how good he was last year and I believe he was going to be even better this year, but we gotta make sure when he comes back we’ve got a reason for him to come back and play good for us.”

Many are expecting Jeff Wilson Jr. to fill in for Elijah Mitchell but Shanahan simply said that whoever is the best available will be playing. Whoever gets those touches will have to step up to help San Francisco and Lance. The 49ers will host the Seattle Seahawks in Week 2 as they look to reach the win column for the first time this seaosn. 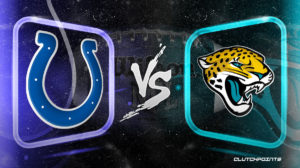