The New England Patriots signing Cam Newton is a splash signing, but they aren’t paying him like a top-level quarterback. According to Ian Rapoport of NFL Network, even though Newton’s contract can pay him up to $7.5 million, only $550,000 of it is guaranteed.

Slightly over half a million dollars is cheap for most in the NFL, but especially for a quarterback who could end being a starter in Week 1 during the 2020 season.

Matt Barkley was a standout at USC, but since that point he has been mostly a disappointment. The only chance that Barkley had a real shot at starting was in 2016 with the Chicago Bears. There was a little buzz about his chance to start, but he was a major disappointment throwing for eight touchdowns and 14 interceptions.

In 2019 Barkley signed a two-year contract with the Buffalo Bills that had $600,000 in guaranteed money. For the 2020 season, he can make up to $750,000 if he is active for each game. If Josh Allen were to go down with an injury, it’s hard to imagine the offense is going to be very competitive with Barkley taking the snaps under center.

Chase Daniels has only started five games in his NFL career, but he continues to get big contracts to be the team’s backup quarterback. This offseason Daniels signed a three-year deal to back up Matthew Stafford with the Detroit Lions. The deal is worth up to $13.05 million and includes $5 million in guaranteed money. He is a fine backup, but there has to be some questions from Lions fans about if Cam Newton at his price tag would have made more sense for their squad.

Cam Newton would make a lot of sense in an offense led by Kliff Kingsbury, but the team decided to bring back Brett Hundley for another season. During the 2017 season, Hundley started nine games for the Green Bay Packers throwing for 1,836 yards, nine touchdowns, and 12 interceptions. Hundley’s skill set does kind of fit the Cardinals offense, but they no doubt would have been better off with a player like Newton. 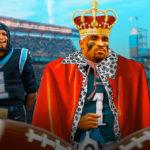 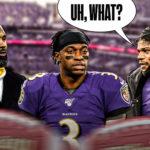 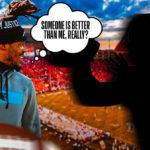 AJ McCarron was originally selected by the Cincinnati Bengals in the fifth round of the 2014 draft after being a standout with the Alabama Crimson Tide. There was some thought when he was drafted that McCarron could be a late round steal, but in terms of being a starting quarterback, that never worked itself out.

Before the 2019 season, McCarron signed with the Houston Texans and started Week 17 when the Texans already had their spot locked up in the playoffs. McCarron is set to make $4 million this season with $3.75 million guaranteed at signing. That is a big number for a player who has only started four games during his career.

Everyone knows the story about Robert Griffin III who went from one of the most exciting players in the league to out of the league because of injuries. He has worked himself back into the league as the backup to Lamar Jackson with the Baltimore Ravens. Before the 2019 season, Griffin signed a two-year deal that included $2 million in guaranteed money. Griffin is a solid backup for the Ravens, but it’s still a bit hard to fathom that his contract included more guaranteed money than Newton, who looks like he could be the starter in 2020 for the Patriots.