‘My days are numbered’: Sting embraces his final act in AEW When Sting debuted in AEW at Winter Is Coming in December of 2020, it felt like a massive deal. Sure, that particular show was always going to be a big one, as more than a few fans had a feeling that Kenny Omega was going to take the strap off of Jon Moxley to begin what would become a very consequential AEW World Championship reign, but when the now-infamous opening notes of “Arrival” hit and the show started to fall, not even Tony Schiavone could appropriately express the excitement felt across the professional wrestling world.

As you may or may not know, Sting isn’t supposed to be putting on his “Crow” face paint to wrestle matches at this stage of the game; his WWE run came to an end when Seth Rollins hit him with a particularly brutal buckle bomb at Night of Champions that caused a serious neck injury, and Sting was inducted into the WWE Hall of Fame shortly thereafter because his in-ring run was widely considered done. When he walked through the tunnel at Winter Is Coming and eventually took part in his first match, which was with Darby Allin against Team Taz at Revolution 2021, it served as the start of a twist third act that few expected would ever come.

But here’s the thing about third acts; eventually, they have to end. Whether by choice or by a freak accident, eventually, everyone hangs up their boots, whether it’s by choice, like Matthew Rehwoldt of Impact Wrestling, who has transitioned to commentary, or because their body can’t do it anymore, like Sting circa 2015. At best, a performer gets to have a final show or tour that serves as a capstone to their career a la Ric Flair’s Final Match earlier this year.

After wrestling for 38 years, The Great Muta is on one of those tours, and for his last match, the cross-continental star has chosen to wrestle Sting in Japan. After nearly four decades in the business, Keiji Muto doesn’t want to put his body through the paces of wrestling anymore, and at 59, he’s looking to bow out on his own terms, as opposed to being forced out on someone else’s.

At 63, Sting happily obliged, as he and Muta wrestled have wrestled together and against each other in WCW, NJPW, and  NWA in some 152 matches, according to Cagematch, but considering his own age, one has to wonder how many more matches the man born Steve Borden has left on his own ticker. Fortunately, in an interview with Justin Barrasso of Sports Illustrated, Sting addressed the very topic of his numbered days in the rung and gave a small but insightful glimpse into his mind at this advanced stage in the game.

Sting knows his days are numbered in AEW.

Speaking on the Muta match, Sting discussed why he was eager to accept the match and how it fits into the final act of his own professional wrestling career.

“I know my days are numbered, so I’m trying to make the most out of the time left and give the fans everything I have before this wave comes into shore for good,” says Borden, 63. “I’m grateful that Muta was able to be here with me in the United States. That’s a memory I’m going to hold onto, and it signifies the end of our era. I’m looking forward to having one last grand hoorah with The Great Muta, especially in Japan.”

When asked about what makes Muta special, both to himself and to professional wrestling as a whole, Sting described the “transcendent” nature of his character.

“Muta has transcended wrestling,” Borden says. “He became a household name in Japan and America. Even last week in AEW, people remembered him. He was worried about that. ‘Will they remember?’ he asked me, and I said, ‘Of course, they’ll definitely remember.’” 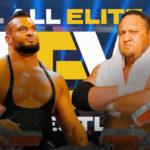 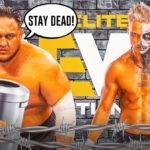 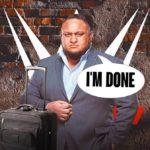 Samoa Joe almost retired after being released by WWE

“I set Muta apart from everyone else in my book. He helped me become a household name in Japan, too. (So) when it’s Muta asking, I’ll always say yes. Every time we speak, it’s like no time has passed. I know we’re older now, but it doesn’t feel that way when we’re together. It’s such an honor. He is one of the greatest to ever do this.”

Fortunately, much like Muta, who used one of his final matches to put over current GHC Heavyweight Champion Kaito Kiyomiya and gift him the figure four leg lock and the Shining Wizard, Sting is looking to use his final run in wrestling to make Allin into an even bigger star too, as even in a match that should be all about his at Muta’s legacy, he still wants to bring over the ex-TNT Champion to get him over a la his own international star-making run in NJPW.

“I’m trying to get Darby Allin to come with me,” Borden says. “It’s such an honor, especially since that will be his last night as The Great Muta character.”