Though Ric Flair’s Last Match isn’t even one week old, the match continues to garner headlines for just how bizarre the entire ordeal was and how, in a weird twist of fate, the pre-show’s Bunkhouse Battle Royal secured its winner, Mance Warner, a shot at the AEW Interim Championship versus Jon Moxley on Rampage (read more on that here). The show was, in all regards, a resounding success financially, with over 6,800 people in attendance for a $448,502 gate and between 20 and 25,000 Pay-Per-View buys, according to Yardbarker, and it was largely viewed as a resounding success in the ring too, as the undercard was a legit display of the best of the best the professional wrestling world had to offer and even the main event was a fun display, even if more than a few fans had to watch the show through their fingers.

One of those fans was Dave Meltzer, who had quite a lot to say about the show on his podcast, including a few salacious pieces of info about just how hurt Flair was when he wrestled in what really should be his final match.

As subscribers to The Wrestling Observer know very well, Dave Meltzer is one of the more interestingly idiosyncratic minds in professional wrestling. He’ll go on for 25 minutes about the performers who inspired Randy “The Ram” Robinson or The Ayatollah – both of whom are characters from Darren Aronofsky’s masterpiece The Wrestler – and then completely gloss over the debut of a wrestler like Rush or Danhausen when they make the jump from Ring of Honor to AEW during a show recap.

Is it maddening? Eh, maybe a little bit, but hey, when Meltzer gets going and decides to divulge samples from his well of knowledge, it can be a special thing indeed. And when he decides to make those though public via the F4W/TWO Youtube page, well, it can be juicy enough to generate a news cycle of its own

That happened in the immediate aftermath of Ric Flair’s Final Match, when mere minutes into his report on the show, Meltzer let a pretty big piece of information slip that “The Nature Boy” may have worked the entire match injured.

“I think it’s pretty obvious that Ric came in hurt, because if you watched the training footage and everything like that, I mean, it’s very clear he could do far more when he started training, you know, like those clips with Jay Lethal, than he could do tonight. You know, he really couldn’t do anything.”

Wow, well, that certainly isn’t good; while more than a few fans pointed out that Flair didn’t look particularly good in the ring, as once Natch took a suplex from Jay Lethal, he struggled to get to his feet for the remainder of the match, let alone to catch a set of brass knuckles from Andrade to “KO” Jeff “Double J” Jarrett before “placing” him in the Figure Four to secure the pin.

But it’s true; Meltzer returned to the topic later in the podcast, disclosing that Flair not only wrestled the match injured but was willing to “shoot up” to wrestle the match high in order to cement his legacy and spot in wrestling history, once and for all.

“He was hurt, I know that, he had an injury… a foot injury. It was an injury that a normal, young wrestler would be out of action for about a month with and I remember him telling me about it two weeks ago, and I was like ‘well, he’s going to do the match.’ And he even said that if had to shoot it up he was going to shoot it up, as he’s done that before; he’s from that school where if you’re hurting real bad and people are waiting for you, you gobble a bunch of percocets. That was what 1980s, 1970s wrestling was about, especially when you’re a main eventer like Ric Flair.”

In the end, Meltzer left his listeners with one final thought on the match before moving on for the event once and for all… at least until the next story comes out about something else crazy that happened in Nashville.

But hey, still haven’t gotten enough Ric Flair action and want to see “Nature Boy” back in the wrestling ring once more? Well you’re in luck: Flair has officially been booked for a match in Puerto Rico this weekend versus Carlito… at least to serve as Andrade’s manager as per his other son-in-law, Conrad Thompson.

Yes? Andrade vs. Carlito in PR tomorrow. Flair in Andrade's corner. It's been advertised for months. 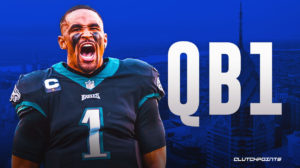