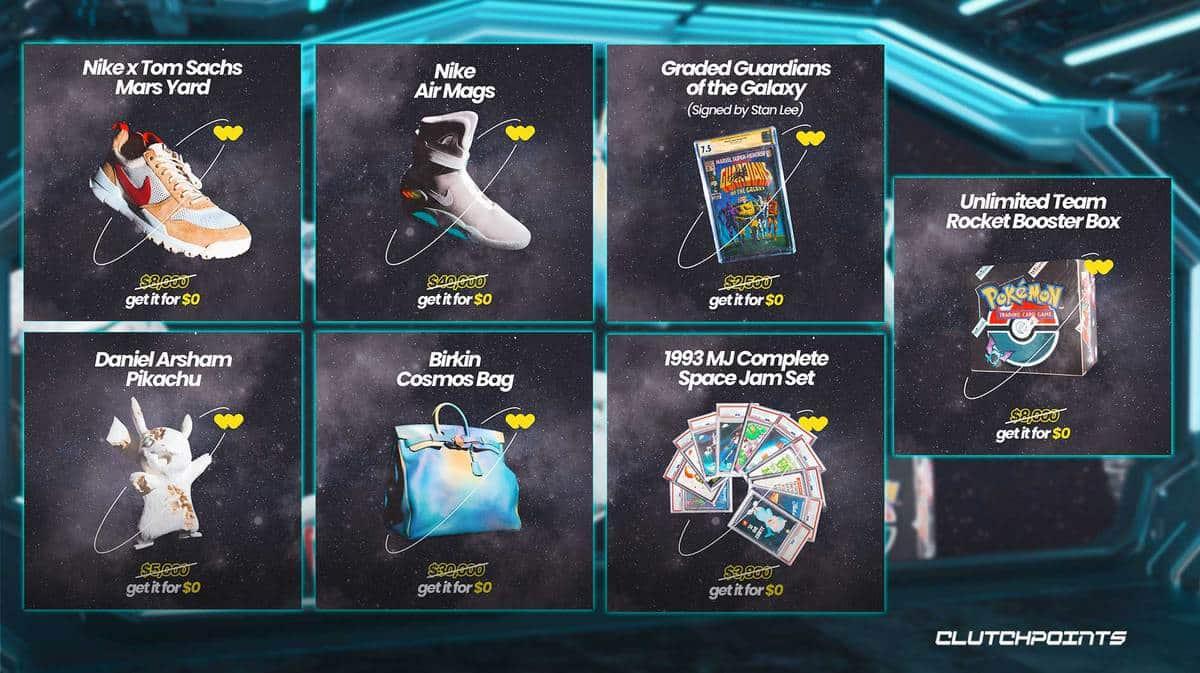 Whatnot is holding a Black Friday Giveaway that can either send you to space or give you rare and expensive collectibles, including rare Pokemon cards.

Whatnot announced that it is partnering with Blue Origin with a one-of-a-kind Black Friday Giveaway which can see fans get sent to space in 2023 or win rare and expensive collectibles.

From November 22 to November 28, 2022, fans can use the Whatnot app (Google Play Store || Apple App Store) to enter the chance to win high-value prizes. To access these deals, Whatnot is offering a one-time offer of purchasing a daily drop chance for free. Users will be notified once the drop ends and whether or not they’ve won a prize.

What makes this Black Friday Giveaway special is just how extravagant the prizes are. Take a look at the list below for just some of the possible prizes:

It is indeed a one-of-a-kind opportunity to go to out of space, and Whatnot is offering an out-of-this-world experience simply by taking part in daily drops for free during this Black Friday week.

Humble Bundle Black Friday Sale begins, up to 90% off

Post Malone challenges fans in MTG on Whatnot for $100,000

This is how you can enter this Black Friday Giveaway on Whatnot:

Whatnot will also send a handful of collectible items that will be auctioned off at a later date.