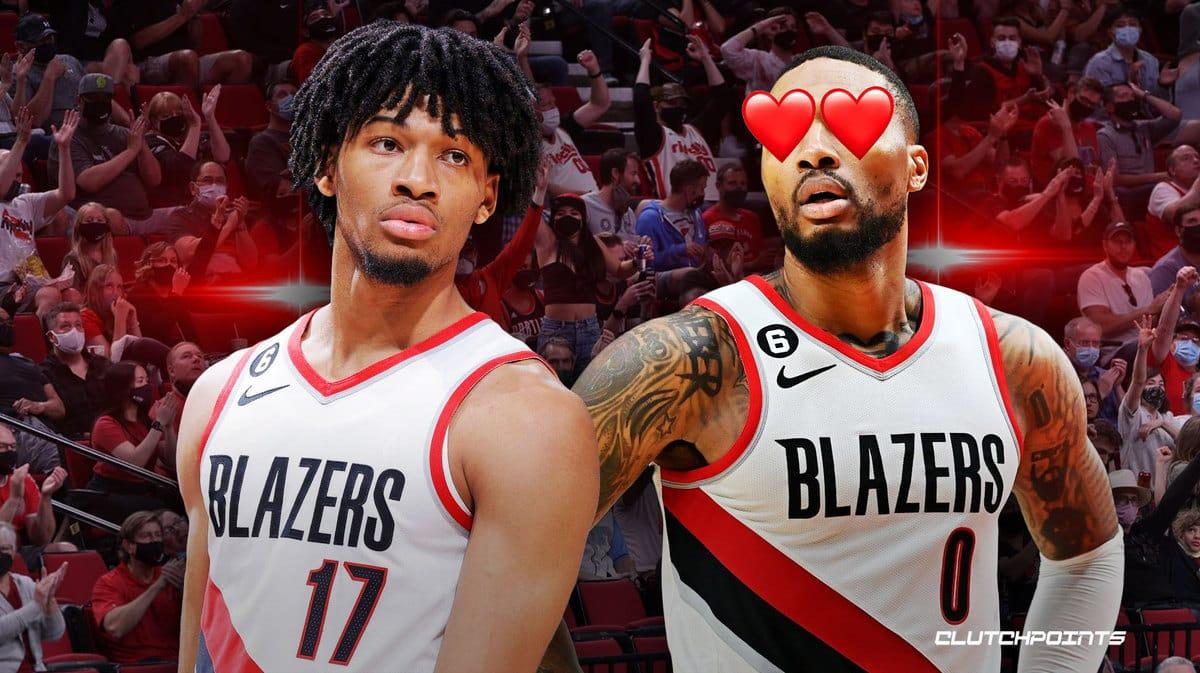 The Portland Trail Blazers off to an impressive 5-1 start and won convincingly on Friday without Damian Lillard, who is currently sidelined with a calf strain. In his place, Shaedon Sharpe got the chance to start his very first NBA game against the Houston Rockets and showed well, sparking a reaction from Dame on Twitter:

When your franchise star is praising a young guy, you know it mean something. Sharpe dropped 14 points in the win. In six appearances thus far, the guard is posting averages of 9.3 points and three rebounds while shooting 42.9% from three-point land.

Damian Lillard is currently backcourt partners with Anfernee Simons but Sharpe is already showing massive potential. Perhaps he could be the future star of Chauncey Billups’ second unit.

Speaking of Billups, he also had nothing but good things to say about Sharpe after Friday’s game:

“He’s just must-see TV,” Billups said. “You never know what he’s going to do when he gets that runway like that.”

Sharpe went 7 for 12 from the field and while 14 points don’t exactly jump off the page, it’s the way he’s scoring. The Canadian is uber-athletic and threw down several emphatic dunks versus Houston, showcasing his eye-popping bounce.

Damian Lillard is only going to be around for so long. Portland will need another franchise cornerstone eventually and Sharpe could very well be it. While he’s coming off the bench right now, it’s only a matter of time until the 19-year-old breaks into the first unit.

As Damian Lillard said, Shaedon Sharpe is special and he’s a big reason Blazers fans should be ecstatic about the future.