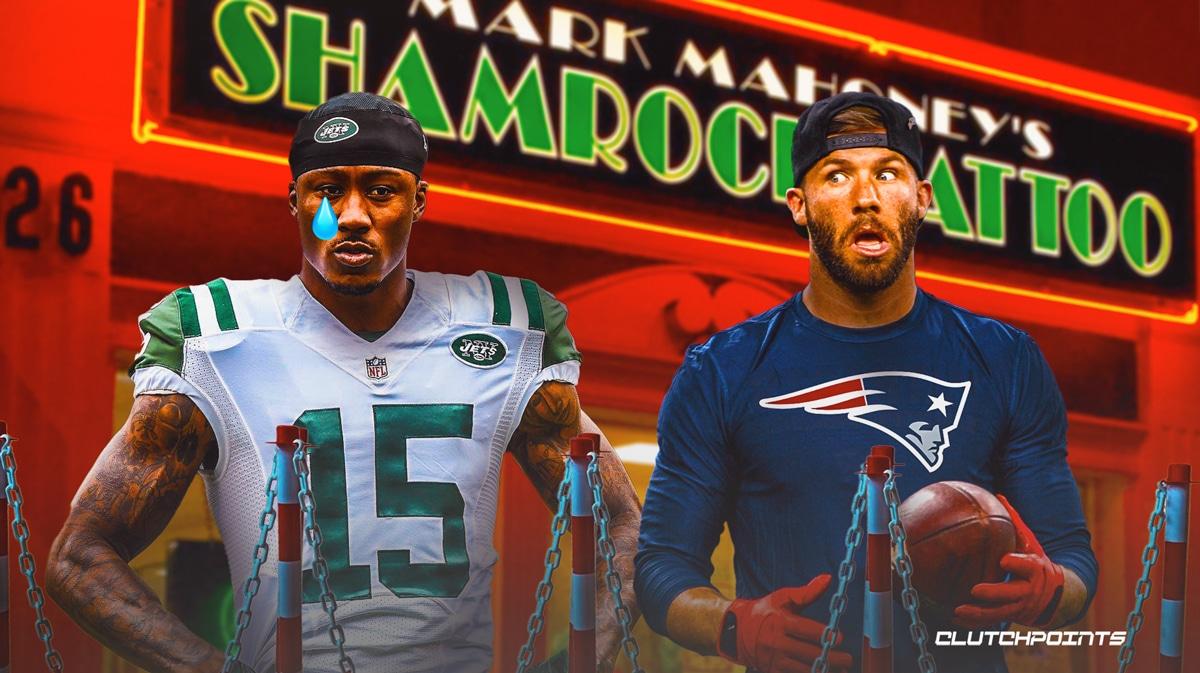 New York Jets fans across the country were disheartened after the Week 11 loss vs. the New England Patriots, but perhaps no one took it worse than former Jets receiver Brandon Marshall. Marshall had a wager on the game with former Patriots star and NFL Network co-worker Julian Edelman. After the Jets failed to get the job done against their rivals, Marshall will now be adding some new Patriots-themed ink to his body.

The Jets’ loss dictates that Marshall has to get a Patriots tattoo as part of his wager with Edelman, and it’s safe to imagine he’s devastated. Edelman posted evidence of the small Patriots tattoo, which Marshall got on his arm, on his Instagram account while on set for Inside the NFL.

Yep, that’s going to be with Marshall for the rest of his life, serving as a constant reminder of the Patriots’ ongoing 14-game stranglehold over the Jets, and also a reminder that Edelman got the last laugh between the two in their wager. Seeing Edelman, a lifelong Patriot, get a Jets logo tattooed on his arm would have been incredible, but instead, Marshall is holding the L permanently on his forearm.

Brandon Marshall spent only two seasons with the Jets, making the Pro Bowl in 2015 when he recorded 109 receptions, 1,502 yards, and 14 touchdown catches.

It’s a bad beat for Marshall, who lost the bet courtesy of a last-minute punt return touchdown from the Patriots. Still, a bet’s a bet, as Edelman wrote on Instagram, and Marshall honored his word with the new ink.