Tom Brady, Aaron Rodgers must watch out for swarm of bees in Tampa Bay 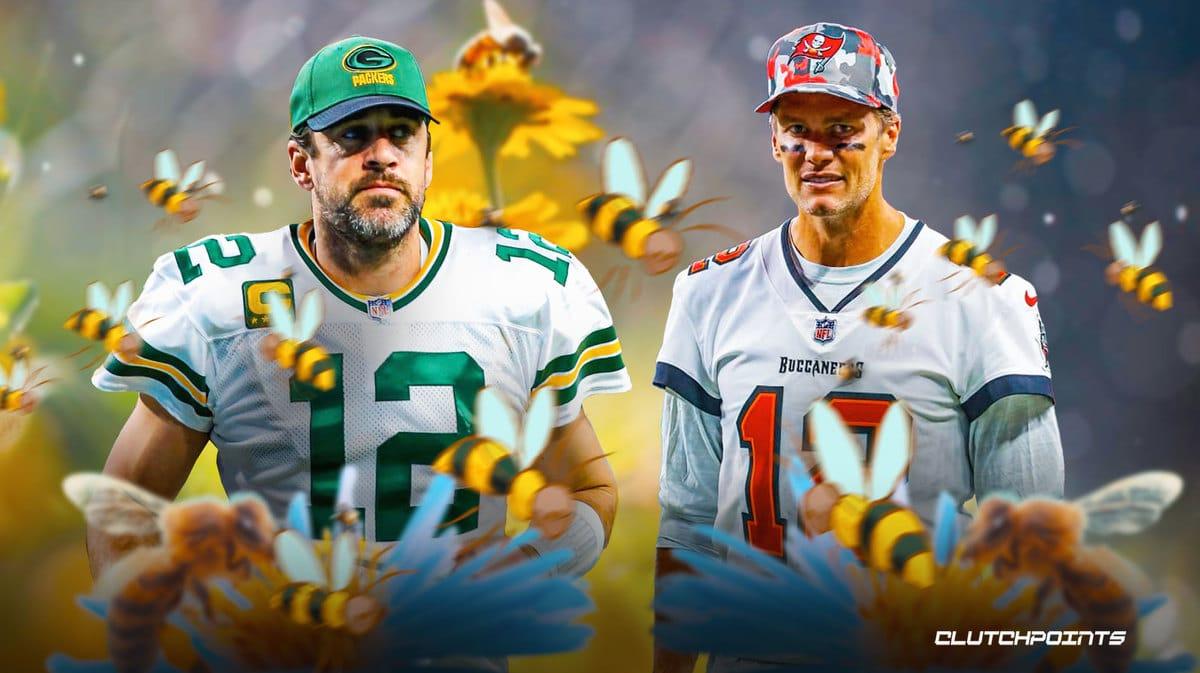 Tom Brady and the Tampa Bay Buccaneers are hosting Aaron Rodgers and the Green Bay Packers Sunday. It very well could be the final time that these two legendary quarterbacks will share the field. All signs point to Brady retiring at the end of this season.

Prior to kickoff, a swarm of bees decided to make an appearance.

There's a swarm of bees under the Tampa Bay Buccaneers' goal postpic.twitter.com/eM1y3ufMvR

A video of hundreds of bees attaching themselves to the goal post in the Buccaneers end zone surfaced. That’s how much buzz this matchup is getting.

During the first half, Tom Brady and the Buccaneers have really struggled on both sides of the ball. Offensively, they are decimated with injuries. The Buccaneers are without their top three receivers. Mike Evans is suspended for this game due to his role in the fight with the New Orleans Saints last week. Chris Godwin and Julio Jones were both ruled out with injuries prior to the game, leaving Brady shorthanded with weapons.

The Packers on the other hand have looked terrific. They lead 14-3 at halftime and could be ahead by even more. Packers running back Aaron Jones fumbled on the goal line. Both Jones and fellow tailback AJ Dillon have looked good in this game. But it’s been Aaron Rodgers and the passing attack that has been the big difference thus far.

Interestingly, Brady only threw one incompletion in the first half. But the Buccaneers have struggled on third down and in the red zone. Plus, they keep putting the football on the ground. Both Brashad Perriman and Russell Gage have fumbled after pulling down a pass from Brady.

There is only so much Brady can do when there are so few healthy starters available.