While the recent firing of Chicago Bulls former head coach Fred Hoiberg may have come as a shock for many, it turns out that it had actually been a long time coming.

According to Darnell Mayberry of The Athletic, Hoiberg had been critically underperforming in the eyes of VP John Paxson, and the 25-point drubbing at the hands of the Golden State Warriors on Oct. 29 turned out to be one of the last straws for Hoiberg’s fickle reign as the team’s head honcho. Klay Thompson hit a record 14 3-pointers in that game.

What had played out over the course of that contest was the type of performance that gets coaches fired. The Bulls, as they’ve been all season, were undermanned, already decimated by injuries by that seventh game. Against the Warriors, a blowout was to be expected. This was different. The Bulls rolled over against the champs. They played soft and, at some points, looked scared. Worse, nothing about them looked prepared — even after being put through a rare practice session the day prior, which came after a back-to-back — and they were promptly spanked.

The expectations for the Bulls were already considerably low entering the season, but somehow, Hoiberg was able to do even worse than what was expected of him. The blowout against the Warriors was a perfect example of the type of culture Hoiberg had allegedly built throughout the season, and it reportedly enraged Paxson. 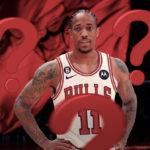 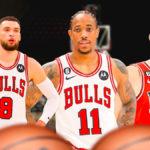 Paxson, according to a team source, was livid after the game, but by Tuesday morning he had calmed. When the coaches convened prior to practice, Paxson, sources say, delivered an emphatic edict to the staff — “Play tougher. Compete harder.”

As it turns out, Paxson actually gave Hoiberg a chance to redeem himself after the embarrassing loss to the Dubs. However, it only took Hoiberg a month to prove to Paxson and the Bulls’ front office that he was no longer the man for the job.