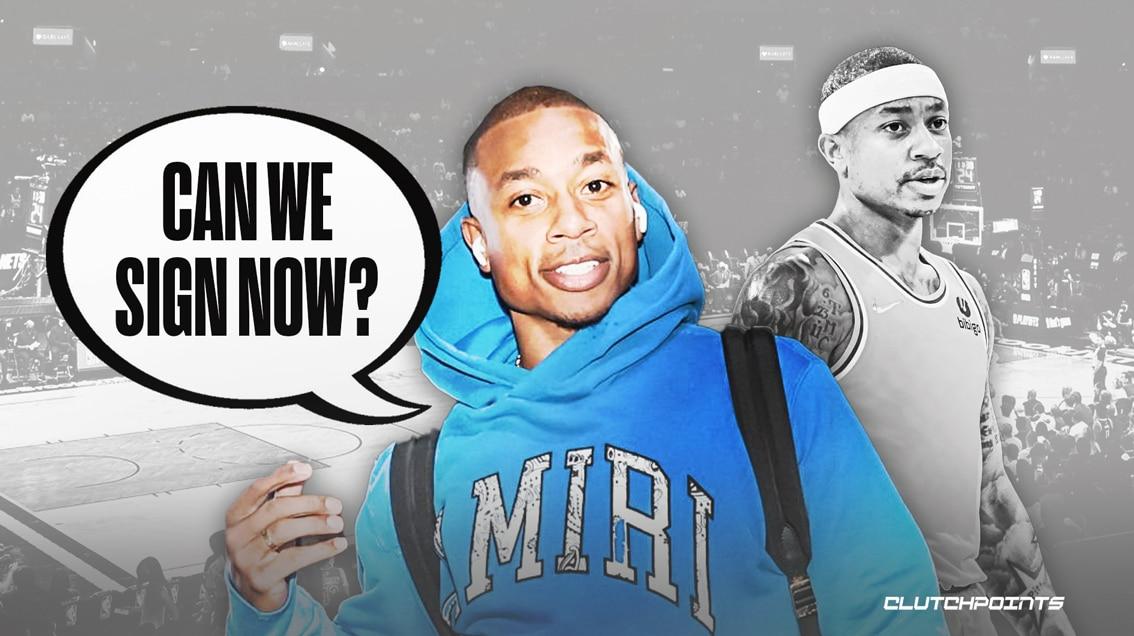 The Kevin Durant trade saga came to an unexpected conclusion this morning. The Brooklyn Nets announced that Durant had decided to stay put with the Nets a month and a half after he announced his formal trade request to the team. It certainly didn’t seem like the team could repair things with Durant, but somehow, after weeks of endless trade rumors, they have found common ground.

This is big news, not just the Nets, but the rest of the NBA. Kevin Durant’s potential trade had basically shut down the league, as everybody was in wait-and-see mode when it came to a potential trade for one of the league’s top players. Now that he’s decided to stay put, there could be a flurry of other moves made as team’s react to Durant’s decision.

One area it will certainly impact is free agency. The free agent market has largely stalled out as teams waited to see where Kevin Durant would end up. One name who has been looking for a new home all offseason long is Isaiah Thomas, and now that Durant is staying put, Thomas is wondering whether he can finally sign with a new team.

Lower-level free agents like Isaiah Thomas will probably have an easier time finding teams to sign with now that Durant’s status is resolved. Teams didn’t want to fully commit to players without knowing where Durant would end up, but that should change now.

While most of the bigger moves of the 2022 NBA offseason have been made, it’s clear that players like Isaiah Thomas are still looking for homes. And given the lack of moves recently, it wouldn’t be surprising to see some teams re-enter the free agent market as they attempt to fill out the backend of their rosters. With the Kevin Durant saga now over, the NBA offseason can officially resume.