The Boston Celtics have reached an agreement with guard Daniel Dixon, a 6-foot-6 shooting guard out of the College of William and Mary.

Dixon played all four seasons at the College of William and Mary, making him a rarity in today’s NBA. After starting his career their modestly, he ultimately averaged 19.2 points and 4.7 rebounds a night by his senior season while hitting 37.8 percent of his 3-pointers.

He became an efficient scoring machine in the college ranks, enough so for the Celtics to give the undrafted hopeful a shot to make the roster for next season.

It’s likely that Dixon’s deal will be a partially guaranteed two-way contract and that he will end up with the Celtics G-League affiliate, the Maine Red Claws. 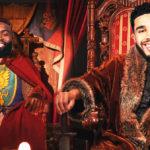 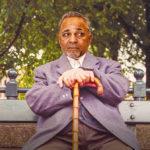 Dixon will most likely be one of the final players to sign with the Celtics as their training camp roster is now about full.

The Celtics are coming into next season with high expectations. After finishing with the top spot in the Eastern Conference last year, they added Gordon Hayward this offseason and seem poised to be even better. Dixon may be a ways off from being a part of a team like this but perhaps he will get a chance sometime sooner rather than later.