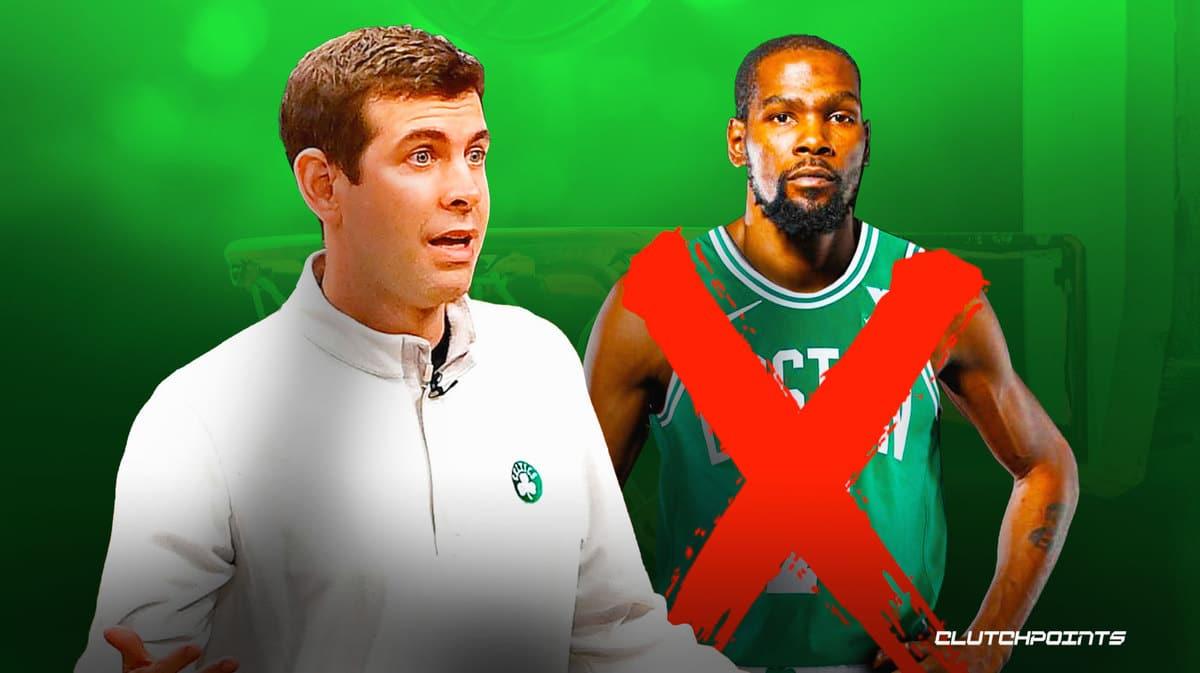 As everyone in the NBA moves on from the Kevin Durant trade saga, Boston Celtics president Brad Steven wanted everyone to know that they weren’t as interested in making a change on their roster as reports made it to be.

To recall, the Celtics were linked with KD, even reportedly offering a package centered around Jaylen Brown. Stevens has already expressed their desire to keep Brown long-term, and he also emphasized that he is happy with the talents they have on their team and never thought of actually breaking it up.

Brad Stevens then pointed out that all those Kevin Durant trade chatter didn’t come from him, adding that their front office has actually been pretty quiet for some time now–suggesting they didn’t even engage in the KD talks with the Brooklyn Nets in recent weeks.

“We’re excited to move forward with our team and that’s really been our focus for a while. You say it’s been busy and there’s been a lot of talk but it hasn’t been from me. Hopefully, it gave everyone something to talk about. It’s been pretty quiet on our front for a while now,” Stevens added.

Whatever the case may be, the Celtics can finally be free of the KD talks. They have big aspirations for 2022-23 after making it all the way to the NBA Finals. They will look to get the job done this time with their core intact and new help coming.