The prospect of Boston Celtics forward Gordon Hayward being able to play in the team’s opener in the 2018-19 season appears to be getting brighter and brighter. Writing for his own blog, GordonHayward20.life, Hayward himself said that he is on track to being greenlighted to play five-on-five basketball before the end of July.

“But I’ve been out of the boot for about two weeks now though. So I’m excited to get back to it. I think at the recovery pace I’m currently on, I’ll probably start running again in July.”

“Once I get started, I’ll be jogging, then running, and then cutting and moving, and all that could happen within one to two weeks of each other, to where by the end of July I am playing full court, five-on-five basketball. And that’s probably the most exciting thing I could tell all of you.”

Ridding his walking boot must have given Hayward a big sense of relief and boosted his optimism that he’ll be able to play right from the get-go of the next season.

Back in May, Hayward had to go under the knife to have the plate and some screws in his leg taken out, but other than that development, his progress has generally sailed smoothly. 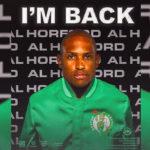 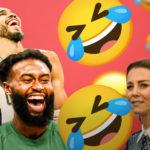 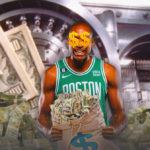 Hayward logged in just five minutes of action in his first year with the Celtics after suffering a gruesome leg injury in his very first official game in a Boston uniform.

Hayward is signed with the Celtics until 2021.