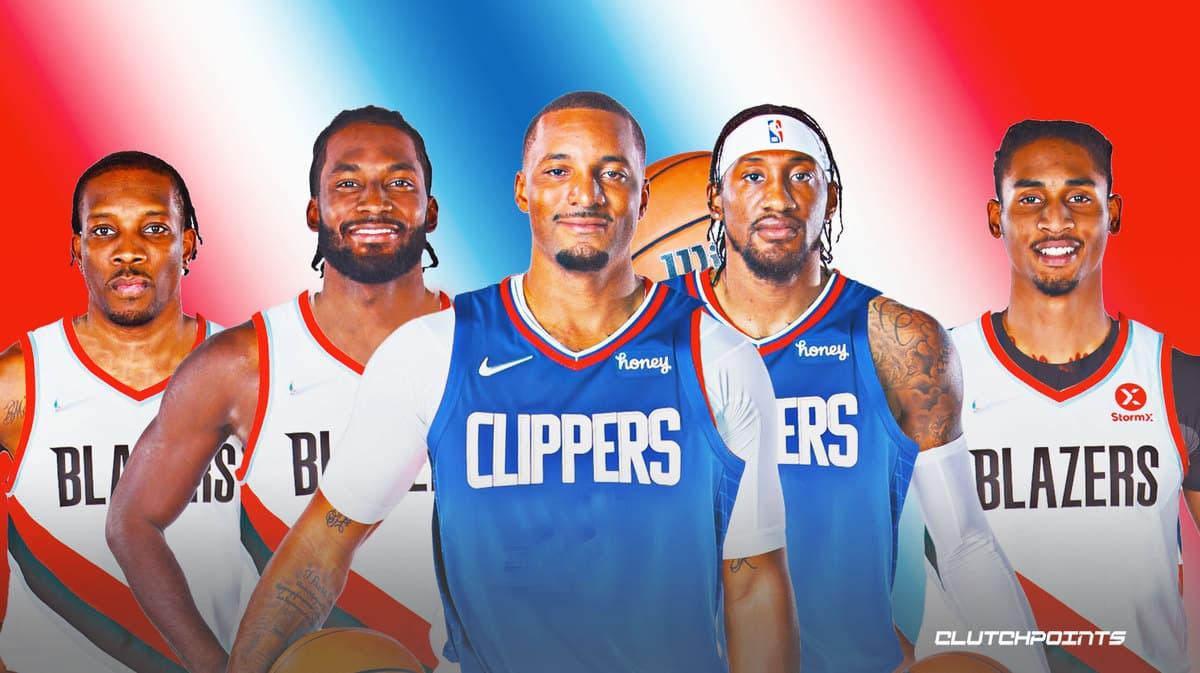 The Los Angeles Clippers are making a big move ahead of the 2022 NBA trade deadline, acquiring Norman Powell and Robert Covington from the Portland Trail Blazers in exchange for Eric Bledsoe, Justise Winslow, Keon Johnson and a 2025 second-round pick via the Detroit Pistons, according to ESPN’s Adrian Wojnarowski.

This is a notable move for the Clippers given the uncertainty surrounding the returns of Kawhi Leonard and Paul George. This would seem to suggest they think they’ll have their stars back at some point this season, but even if not, they’re bolstering their lineup for the future. Leonard is still recovering from the knee injury he suffered last season, while George has an MRI on his elbow coming up later this month.

Powell and Covington will give LA more quality depth, with Norm representing a long-term option after he signed a five-year, $90 million deal with Portland this past offseason. Powell is having an excellent season, averaging 18.7 points, 3.3 rebounds and 2.1 assists while shooting 45.6% from the field and 40.6% from 3-point range.

Covington’s performance has dipped this season. The veteran forward is averaging 7.6 points, 5.7 rebounds, 1.4 assists, 1.5 steals and 1.3 blocks while shooting just 38.1% from the field and 34.3% from 3-point range. But perhaps the move to the Clippers will rejuvenate him, and he should only improve LA’s already elite defense. Covington is in the final season of a four-year deal.

For the Blazers, this could be the first of several moves as they retool around Damian Lillard. Portland isn’t getting all that much here, though. Eric Bledsoe isn’t a long-term piece, while Winslow has mostly underwhelmed in his NBA career. Johnson is a young prospect who could become something, but he has barely played this season.

This appears to be a financial move to help duck the luxury tax and one that will also allow Anferee Simons to blossom even more. We’ll see if the Blazers make any more moves ahead of the deadline. Could CJ McCollum be next?