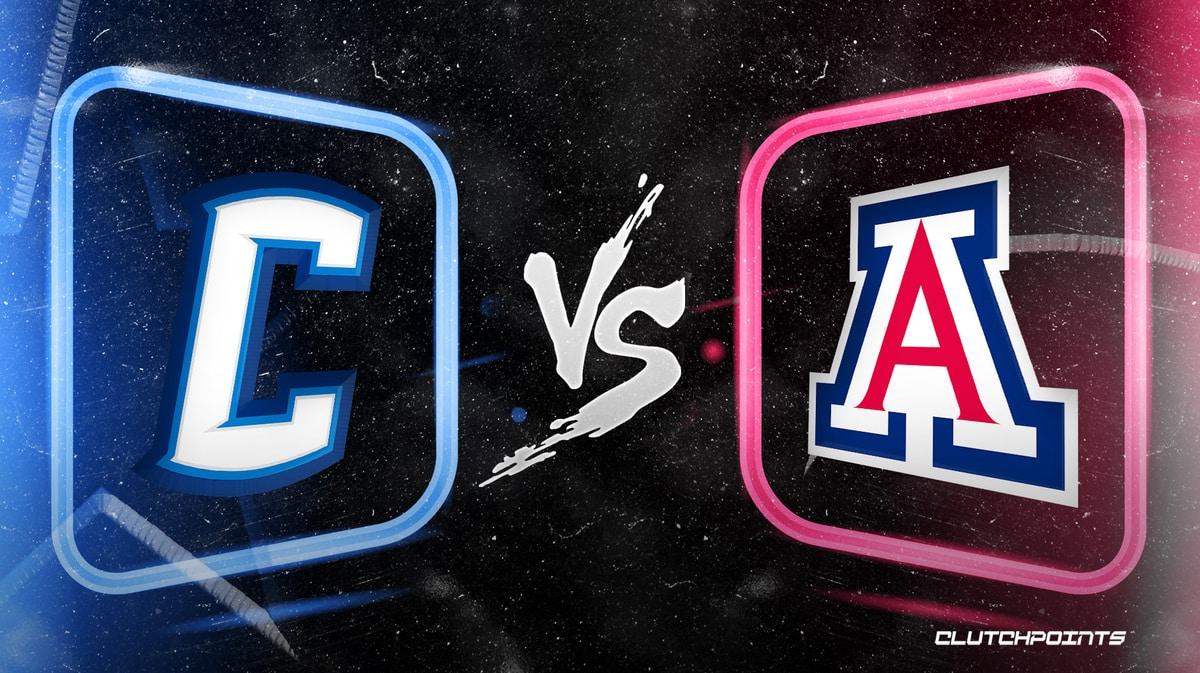 The Creighton Bluejays take on the Arizona Wildcats. Check out our college basketball odds series for our Creighton Arizona prediction and pick.

The Arizona Wildcats lost Bennedict Mathurin and Christian Koloko from last season’s roster, which earned a No. 1 seed in the 2022 NCAA Tournament and won the Pac-12 title. Mathurin was a full-speed freight train who took the ball hard to the rack, while Koloko dramatically affected games with his defensive length, relentless motor, and reliable rebounding. Those two players are not easy to replace as individuals; as a tandem, their departure caused an even bigger hit for the Wildcats.

Yet, this week in Maui, the Wildcats have shown they are a very good team. They look like real contenders in the Pac-12 and have actually had a better start to their season than the UCLA Bruins, who were picked to win the conference in preseason polls and media votes. While UCLA has lost to Illinois and Baylor, Arizona has reached the Maui final by beating a strong San Diego State team. The Wildcats are getting significant and timely contributions from Courtney Ramey, the transfer from Texas who seems to have found a real home with the Cats. Ramey hit some huge 3-pointers on Tuesday night to thwart a San Diego State run and enable the Wildcats to regain control of the game in the second half. Arizona has inside-outside balance with Azuolas Tubelis holding down the fort in the paint and representing a complementary piece to the perimeter players, including Ramey. Arizona coach Tommy Lloyd continues to show dexterity and skill in manipulating this roster and getting all the puzzle pieces to fit snugly together.

Creighton looks like the real deal under coach Greg McDermott this season. No one should be surprised. Creighton played through significant injuries last season and still made the second round of the NCAA Tournament, very nearly upsetting eventual national champion Kansas in the second round. McDermott was able to develop players who started the season buried on the bench. They had to play to fill in for the injured stars. They did really well, which meant that heading into this season, Creighton had expanded its roster and had cultivated quality depth. Instead of having maybe five or six really solid, battle-tested players, the Jays now have eight or nine guys they can reliably play. McDermott doesn’t have to be as choosy or specific in finding lineup combinations. He can roll with a lot more units on the floor and can keep players fresh. This is exactly how a team can withstand the relentless intensity and depth of Arkansas. Creighton took the Razorbacks’ best punch in the Maui semifinals on Tuesday and managed to prevail, setting up this Maui title game against Arizona. The Jays look like the clear favorite in the Big East, given the regression seen at Villanova and Providence in the first few weeks of the season.

Courtesy of FanDuel, here are the Creighton-Arizona College Basketball odds.

The Bluejays have depth, skill, and defense. They are not a one-trick pony as a team. They can win in different ways. On offense, they can go through the perimeter or the paint to score. They also played their Maui semifinal against Arkansas earlier in the day, so they have a longer turnaround than Arizona does. Their legs might be slightly fresher.

Why Arizona Could Cover the Spread

The Wildcats look really good. It’s hard to ignore how good Tommy Lloyd is as a coach. This team found answers throughout last season, and it is finding answers this season. It’s very hard to bet against that.

Stay away from this game. It is basically a coin flip. If you insist on a pick, though, lean to Arizona.