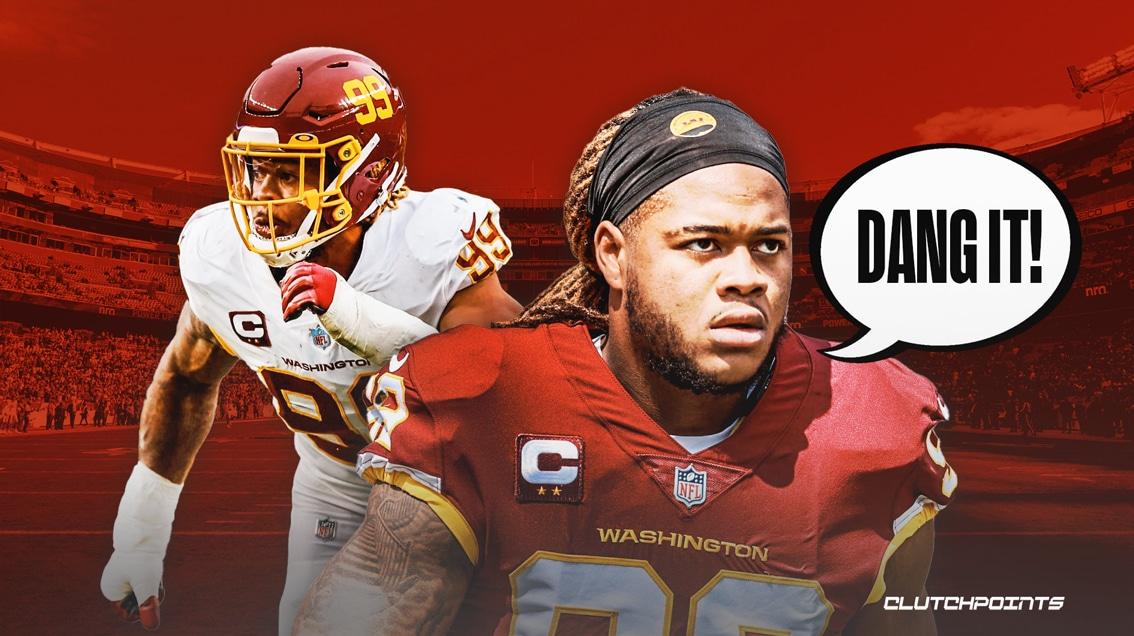 The Washington Commanders are heading into the 2022 season with a lot of excitement. They may finally have a consistent option at quarterback in Carson Wentz, and they have an up-and-coming defense that should only continue to improve in 2022.

One of the guys who figures to play a big role in their defense for the foreseeable future is Chase Young. Young took a step back from his promising rookie season in 2021 before he tore his ACL in Week 10, and has been working his way back to the field ever since.

Unfortunately, it doesn’t look like Young is going to be ready in time for the start of the 2022 season. Young has been on the Physically Unable to Perform list all throughout training camp, indicating that he isn’t ready to return from his ACL injury yet. With roster cuts nearing, the Commanders decided to move Young to the Reserve/PUP list this morning, which means he will miss at least the first four games of the season.

This is a pretty significant blow for the Commanders, but it isn’t necessarily unexpected. Young tore his ACL midway through the 2021 season, so he would have had to beat his recovery timeline by a month or two if he wanted to make it back on the field in time for Week 1.

Young figures to be back on the field at some point this season for the Commanders, but he is going to have to wait a little bit longer to make his return. When he does return, Young figures to play a big role on a potent defensive line that could surprise many folks throughout the 2022 season.