Deshaun Watson: Bold predictions for the Texans QB in Week 11 vs. Ravens

In a matchup that should be a prime time game in Week 11, the Houston Texans and Baltimore Ravens will square off against one another. When the game kicks off, all eyes will be on the quarterbacks, Deshaun Watson and Lamar Jackson.

Watson has been nothing short of spectacular for the Texans through the first 10 weeks of the season. The third-year quarterback has aired it out for 2,432 yards, 18 touchdowns, and five interceptions.

At the same time, he’s also made plays with his legs, gashing defenses for 279 yards and five touchdowns. For Houston to be able to take down the Ravens on Sunday, they’ll need Watson to continue his high level of play.

In light of that, here are a few bold predictions for the Texans’ quarterback in Week 11 versus the Ravens.

In a game between two teams with exhilarating quarterbacks, there are going to be plenty of plays made through the air. As a result, Watson should be able to have some success by putting the ball through the air.

Over his first 32 starts in the NFL, Watson has six games where he has thrown for at least 350 yards. The Clemson product will do so once again on Sunday against a talented secondary of the Ravens.

Through the first 10 weeks, Baltimore has allowed an average of 252.9 passing yards per game (20th in the NFL).

While Watson is known to be a talented passer from the pocket, he is also capable of running the ball to provide points for the Texans. Due to his uncanny ability to find ways to score, Baltimore’s defense will have to pick their poison on Sunday.

The Ravens can choose to force Watson to win the game with his arm and make sure he doesn’t escape the pocket. Or they could provide additional coverage to make him create plays with his legs.

Regardless of what they choose to do, Watson will score five total touchdowns for the fifth time in his short career. 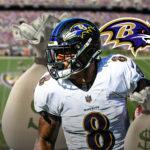 Heading into this game, everyone has made the conclusion that Jackson is more lethal on the ground than Watson. While that may be true, Watson will want to prove to everyone that he can be just as dangerous with the ball in his hands.

Since he came into the NFL in 2017, Watson has been a throw-first, run-second quarterback in the NFL. Even though, the Texans do run quite a few designed runs for their dynamic signal-caller.

As a result, Watson will rush for over 80 yards on Sunday against the Ravens. It would be the first game of his career that he’s done so, with his career-high in rushing yards being 70 in Week 12 of the 2018 season. 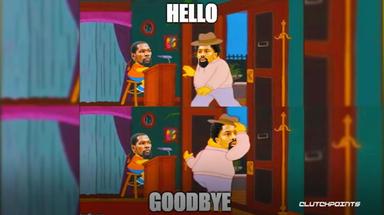