The Los Angeles Dodgers quietly passed the New York Yankees for the best record in baseball. But that doesn’t mean there are not some serious concerns with the Dodgers. Their starting pitching has shown some kinks in the armor of late. That was made worse on Thursday when Clayton Kershaw left his start after tossing warm up throws in the fifth inning.

On Friday, Dodgers manager Dave Roberts provided an update on the future Hall of Fame pitcher.

Clayton Kershaw will get an MRI on his back today but Doc says he'll go on the IL. pic.twitter.com/eCWXwXdQk4

“He got an X-ray… he’s going to get an MRI because the X-ray wasn’t that telling. So, he’s probably going to be in the tube sometime today and we will know more later, probably when I get to the field. I just can’t it not being an IL situation,” Roberts said.

The Dodgers manager did go on to say that he is still optimistic that it won’t be a long-term absence for Kershaw.

Clayton Kershaw spent time earlier this season on the injured list with a back injury. So, it would not surprising to see him land on the IL again. But the Dodgers better hope that it’s not overly serious.

Tony Gonsolin, who began the season 11-0, has hit a wall recently, having allowed 12 earned runs over his last three starts. Those numbers obviously are not awful, but nowhere close to the dominance he displayed for much of the season. Dodgers ace Walker Buehler is still likely at least a month away from returning to the rotation.

Los Angeles trails only the Yankees for most home wins this season. So, home field advantage very well could be the difference between capturing another title or going home. 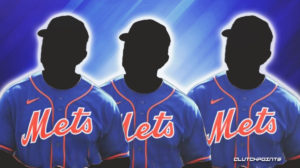 ‘It must be personal huh?’: Paolo Banchero fires warning at Dejounte Murray after disrespectful showing at pro-am