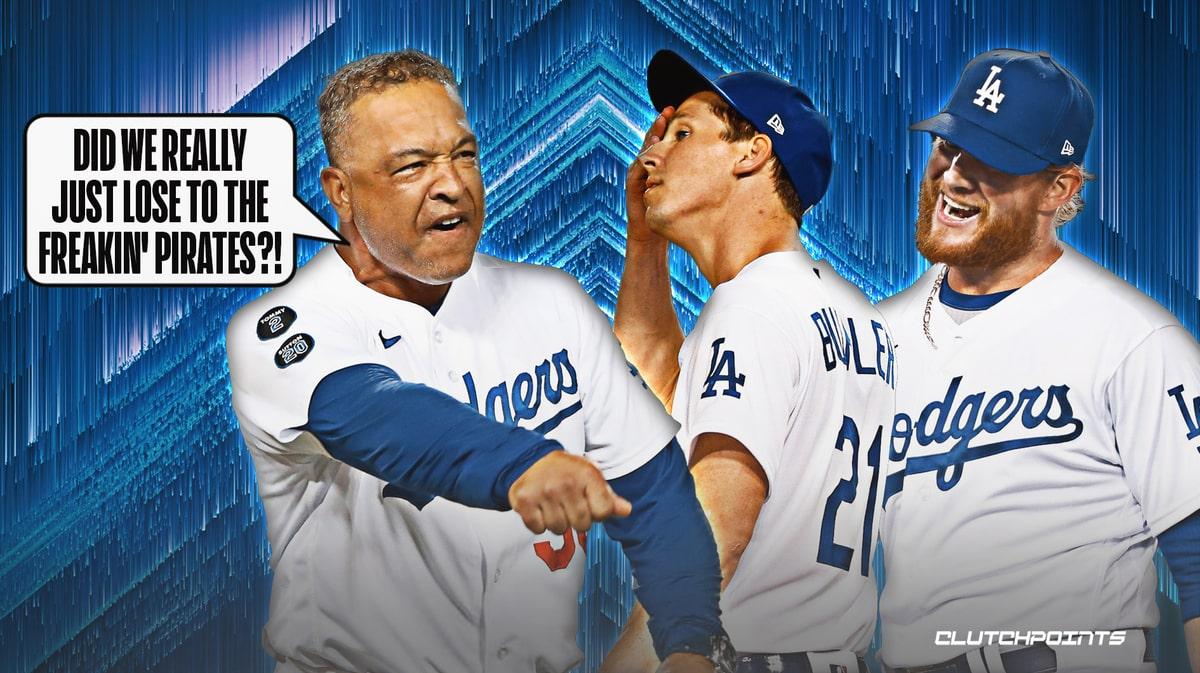 The Los Angeles Dodgers dropped a ball game on Monday against the Pittsburgh Pirates by a final score of 6-5. The Pirates upset the odds in Los Angeles and defeated one of the best teams in baseball. Walker Buehler served up a pair of early home runs before Los Angeles came back and took the lead. The Dodgers then summoned closer Craig Kimbrel who promptly blew the save. Manager Dave Roberts did not hold back on Buehler or Kimbrel after the game.

“It’s kind of been a thing this year with Walker,” Roberts said. ““And like Walker, [Kimbrel] is going to have to figure it out and fix it.”

However, Dave Roberts did highlight a positive for the Dodgers.

“Our eighth was textbook. I like the way we fought back.”

Los Angeles quieted the Pirates lineup from the 4th thought the 8th inning. They fought back on offense and scored 2 runs in the bottom of the 8th to take a 5-4 lead. But it was all for naught after the Dodgers blew the game in the 9th.

In the end, Walker Buehler’s performance was not all that bad. He went 6 innings on the mound and surrendered 4 runs while striking out 7. But the Dodgers and Roberts expect more from the man who surpassed Clayton Kershaw as Los Angeles’s Opening Day starter this year. Buehler’s 3.22 ERA and 1.24 WHIP leave room for improvement.

Meanwhile, Craig Kimbrel has a 4.80 ERA this season. But the blown save was his first of 2022. He had saved 10 consecutive games prior to Monday’s mishap. He will likely receive a longer leash as the Dodgers’ primary 9th inning option given the fact that this was his first blown save. But Kimbrel’s overall numbers have been anything but impressive so far.