Faruzan will be releasing in Genshin Impact Version 3.3, accompanying Scaramouche who is now known as Wanderer. Check out her skills, talents, materials, and more here.

“A researcher from ‘one hundred years ago.” She enjoys self-identifying as everyone’s senior, and has significant knowledge of ancient scripts and machines of all kinds.” 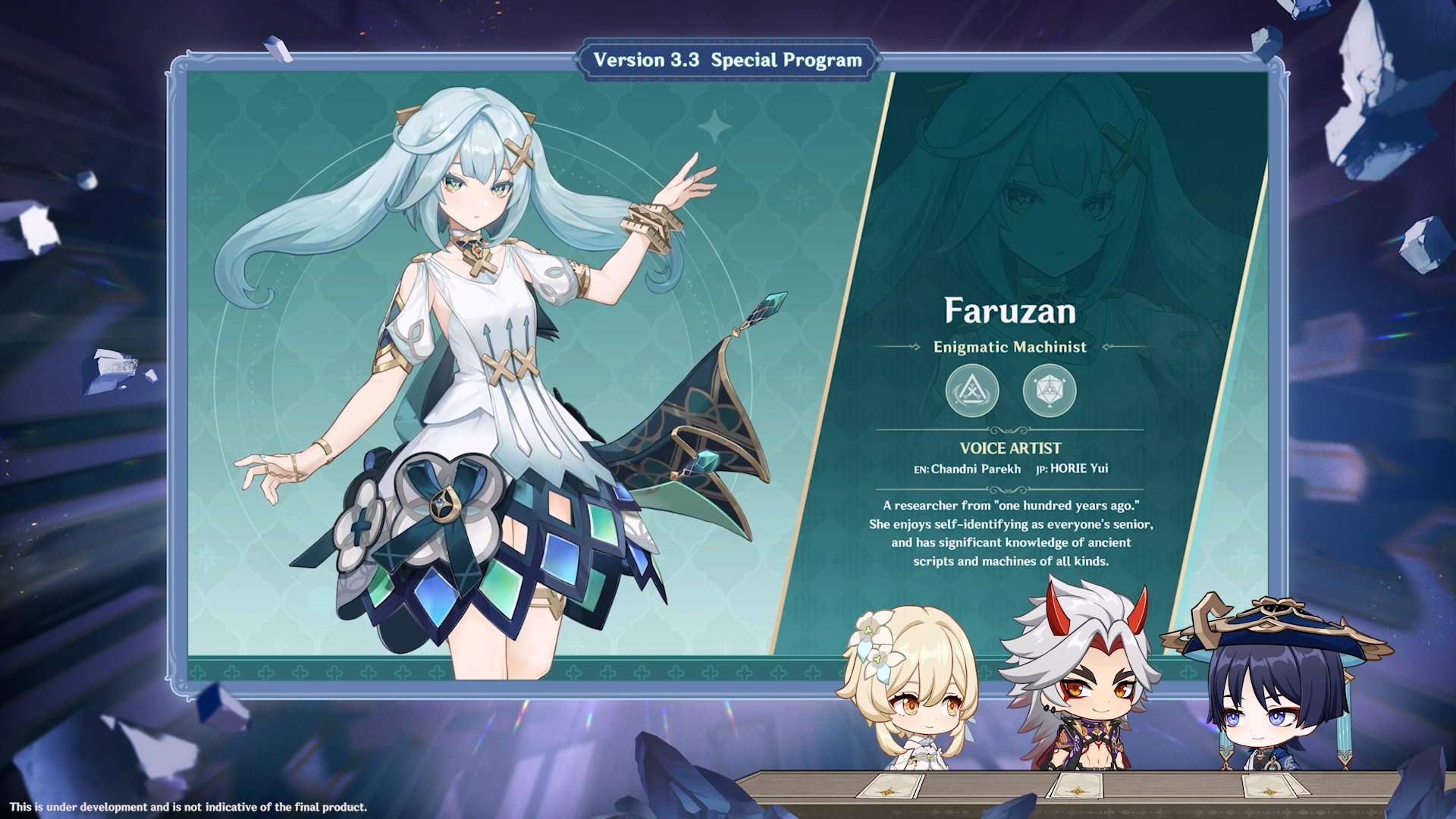 Her Ascension Stat is Bonus ATK%, gaining up to 24% on her final ascension. As per the latest official reveal, her Astrolabe Name is Flosculi Implexi, which was different from her initially revealed Astrolabe Name “Arabisca.” Her birthday is on August 20th.

She will be wielding a Bow, making her the second Anemo Bow, the first being the Anemo Archon Venti. This also means she is the first and only 4-star Anemo Bow.

To fully level up Faruzan from level 1 to 90, these are all the materials she needs. All of the below materials can be acquired as of Version 3.2.

Each of Faruzan’s three battle talents requires the following materials to be upgraded to level 10. All of these are also farmable as of Version 3.2.

“The winds of truth buffet the spirits of those who seek truth, dispersing the miasma of preconception.”

While the Dazzling Polyhedron persists, it will continuously move along a triangular path. Once it reaches each corner of that triangular path, it will unleash 1 more Whirlwind Pulse.

“One must have respect for the unknown wisdom that one might find hidden in ancient ruins.”

The cooldown is 12 seconds and costs only 20 energy to cast.

Lost Wisdom of the Seven Caverns

Truth by Any Means 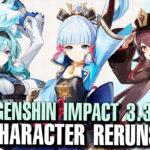 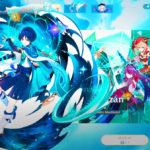 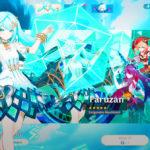 The Wondrous Path of Truth

Her outfit is called Pristine Elegance.

“Much of the content found within this book originates from Madam Faruzan’s theories and manuscripts. It is our hope that future generations of scholars will remember her name when she returns to the Akademiya.” — Quote from the book “Introduction to Ancient Machines.” This text was released almost a century ago and is still on the Kshahrewar’s essential reading list today.

There is a legend circulating among the Kshahrewar students:

If you have failed your mechanics exams and do not dare ask for remedial lessons from your displeased tutor, you can make your way to Haravatat next door and ask Madam Faruzan for some tips.

There is no need to prepare a gift. Just remember to show sincerity and humility, and call her “Madam” respectfully. That will be sufficient to get into the living encyclopedia of mechanics’ good graces.

Madam Faruzan’s explanations are simple to understand yet insightful, and her in-depth knowledge really makes people wonder if she had a hand in writing the syllabus. Her guidance will help resolve the most daunting problems, though there remain two problems that all students must overcome on their own:

The first is how to hide their surprise when they see her youthful appearance.

The second is to refrain from asking her why she has been shunned in Haravatat despite having such erudition, and whether she should consider joining Kshahrewar.

If you are unfortunate enough to commit one of these faux pas, you shall bear witness to rhetoric worthy of a household name in Haravatat, especially when in the field of criticizing and reprimanding others.